XL Gets Reckless with Bryan Adams 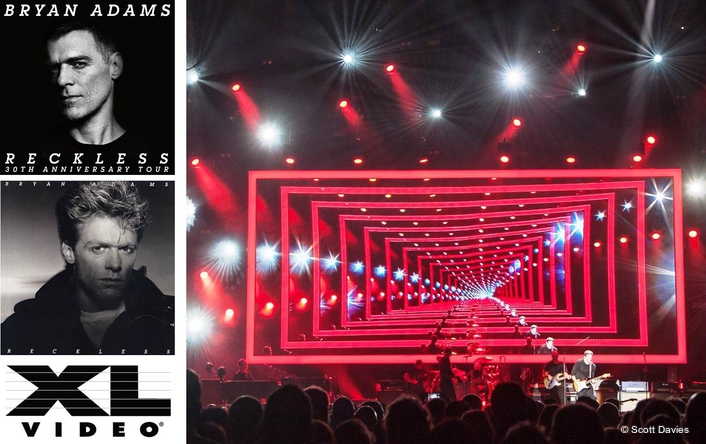 .
XL Video renewed its long-term touring relationship with multi-award winning Canadian singer / songwriter, musician, activist and philanthropist, Bryan Adams, who celebrates the remarkable 30th anniversary of his seminal “Reckless” album, one of a string of ground-breaking projects that has made him the bestselling Canadian rock artist of all time.

The production design for this tour was created by Willie Williams. XL’s Paul “Macca” McCauley has managed the account for the last three years, although XL’s association with Bryan Adams’ live work goes back several more years! 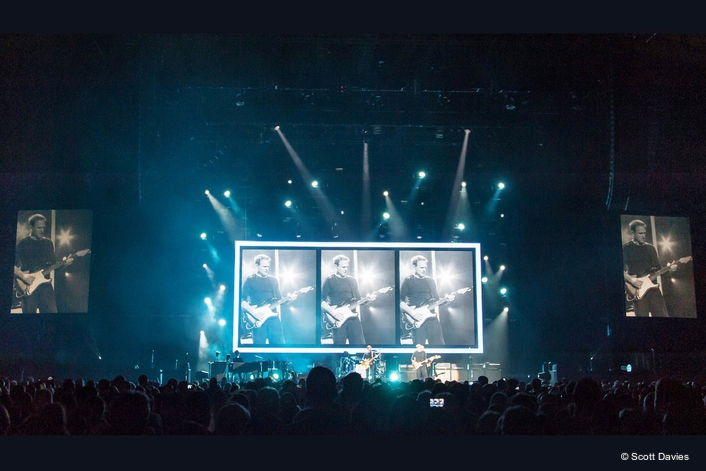 Macca worked closely with Adams’ own Video Director Marc Ledoux and Encore Operator Sebastien De Bellefeuille in co-ordinating and setting up the tour, together with Production Manager Andy Proudfoot.

Macca commented, “It was great to be working with Bryan Adams and his team again – there were many familiar faces. Visuals are a vital element to the stage presentation and he’s an artist with a very keen eye for the potential and impact that judiciously applied video brings to the whole performance experience”.

At the back of the stage was an 11.4 metre wide by 4.8 metre high surface of XL’s Pixled F-12 LED, which was fitted with a clean, elegant scenic surround each night giving it the appearance of a contemporary cinema billboard. 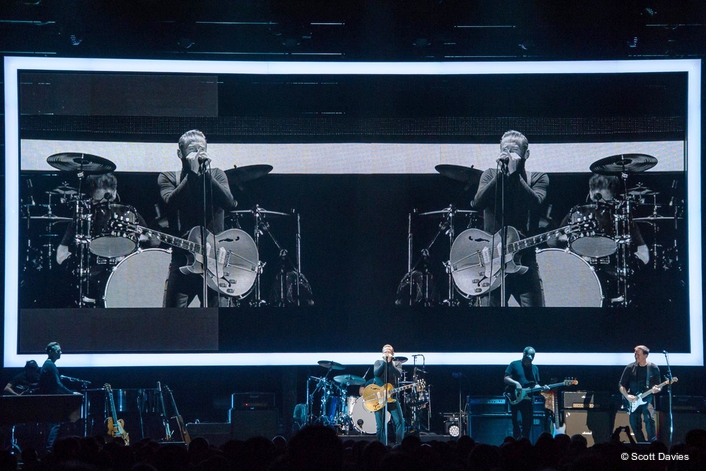 The two side IMAG screens measured 20 x 15 feet and were hung in portrait format, each fed by a rear-projecting Barco HD20K projector.

Two Bradley CamBall 2 robo cams and two Bradley mini-cams were also part of the camera package - positioned around the stage in quirky places. All of these camera sources were fed from the Carrera into the Encore, and output to screen from there. 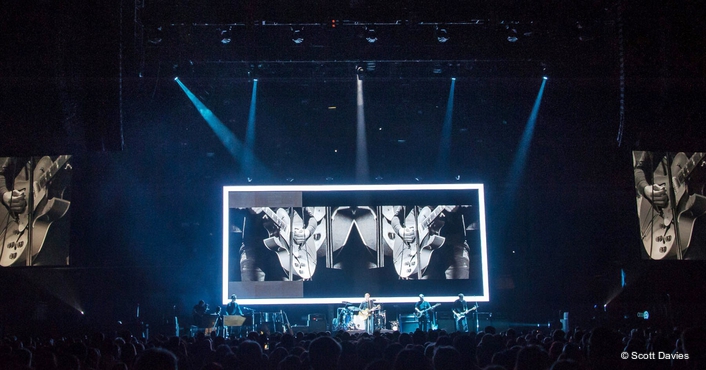 Adams also had his own CCTV-style black & white camera that was used to capture particular grainy footage for one specific moment in the set.

All the playback material was stored on a Catalyst media server system, and these cues were also routed into the Encore … and output to the screens. 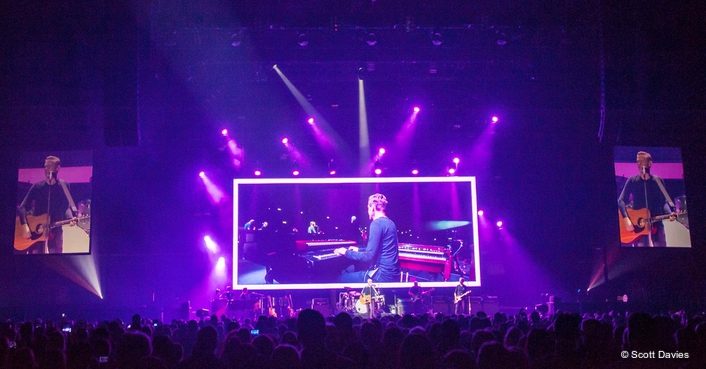 The show received rave reviews and the power of Adams’ enigmatic performance hailed as every bit as riveting, energetic and emotive as it was 30 years ago!

Macca sums up “It’s an amazing show that is completely different in look and style from last tour, but equally as powerful and enjoyable”.