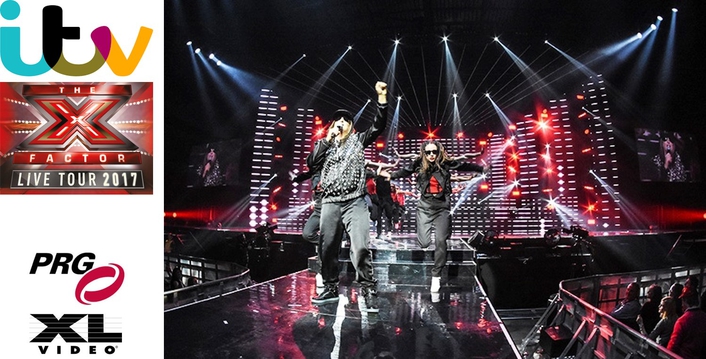 PRG XL Video recently supported Production Manager Iain Whitehead and Production North with lighting, video and rigging services for The X Factor Live tour 2017. Stopping off at nineteen venues around the UK, the tour featured the stars of the 2016 series of the popular prime-time weekend television show.

Lighting Designer Peter Barnes returned for his sixth X Factor Live tour to design the set, lighting and video screen layout. Peter explained the creative process behind the show: “I worked closely with Creative Director, Beth Honan, on her staging requirements and overall artistic look of the show. The general design complimented what the audience would be used to from the TV show. Although there was no particular brief given to me, with this particular show, there’s always been a video screen which opens upstage centre, and the rest just falls into place from that, filling in the background with screens and lights. Whilst designing the set and lighting layout to fit in with Beth’s vision, it was also of paramount importance for me to regularly liaise with Iain Whitehead and his production team, as well as my lighting Crew Chief, Steve Major to ensure the rig was practical from a technical and build perspective” 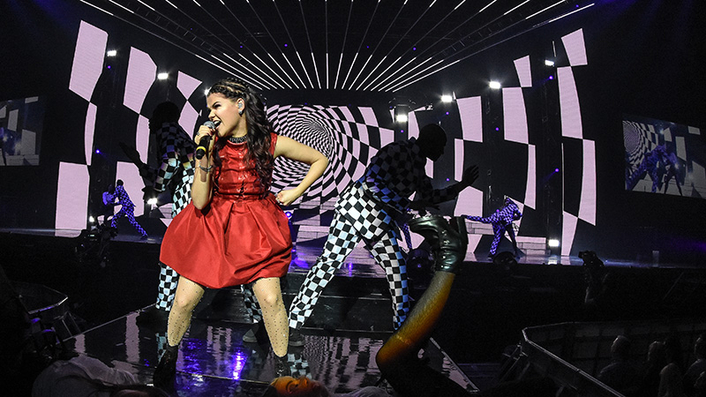 Discussing his choice of lighting fixtures, Peter Barnes said: “I opted for Clay Paky Sharpys because they have a bright, punchy beam which would show up against the high quantity of LED screen, the Mythos is an equally powerful light and can be used to give wider beam effects; whilst the VL3500 gave a bright overall wash, enabling us to see the artists and dancers against the strong backlight from the screens. I used the Clay Paky K10s to give some backwash and effects. The Ayrton Magic Blades and Magic Panels also gave wonderful effects to play about with.” 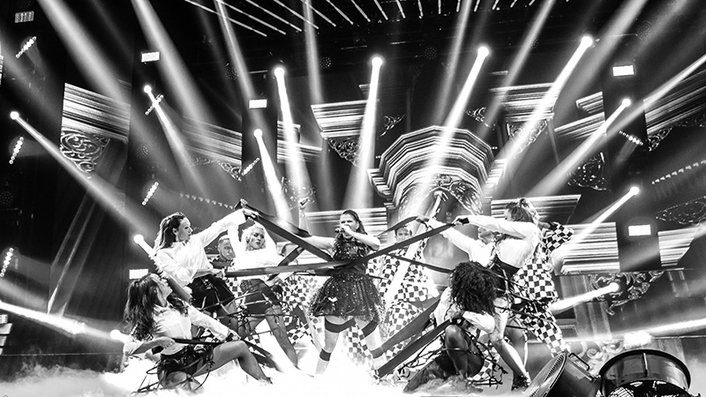 The main video element of the tour was made up of ROE Visual MC-7H 7.5mm LED tiles, with a central 6 x 4.2 metre screen, flanked by four 1.2-metre-wide vertical strips stepping out and forwards from each side. Above this, and fanning out over the stage were a combination of ROE S18 600mm and 1200mm 9mm LED strips. This layout of screen is designed to open up the stage—focussing the audience’s attention towards the central point, as well as giving a false sense of perspective and making the stage look bigger than it actually is. The LED screen content was driven by a Brompton Technology Tessem/Revolution M2 LED processor, and Catalyst V5 XL media server. In addition to the LED walls, there were two projection screens either side of the stage, playing pre-recorded content and IMAG footage of the show. Sony HXC-100 XL cameras captured footage on the night, and was played back through Barco HDX-W20 20K projectors. 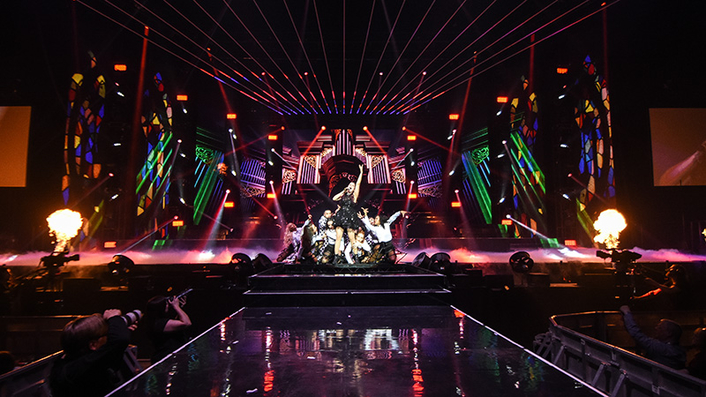 Peter Barnes was joined by Lighting Operator Dom Crookes, who has worked with Peter on numerous tours, including Ronan Keating and The Vamps. Dom said: “Creative Director, Beth Honan worked closely with Pete to decide on the style of lighting for each song, but generally we were going for big, bold looks which replicated what people expected to see from the TV show. I used a Hog 4 Full Boar to program and operate the lighting—which was all pre-programmed and run off of timecode, triggered by the audio track of each song.” 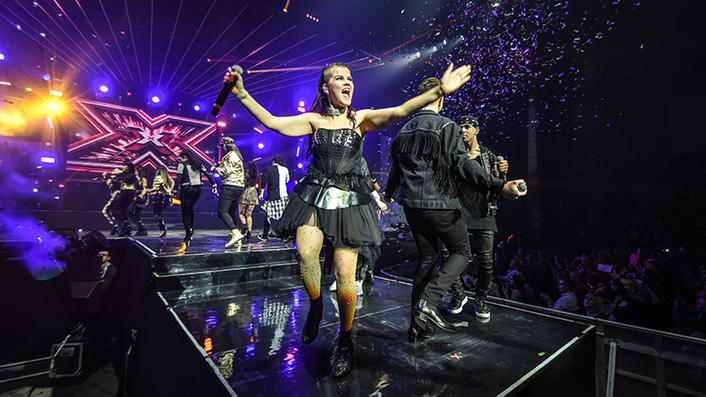 Peter paid tribute to Dom’s input on The X Factor Live tour: “Dom’s been operating the show for the last three years and is an important part of the team—he puts in many, many hours during pre-production and rehearsals programming the show. This year’s tour was made up of 36 songs, which is about double that of a normal pop show.”

The show cycled through performances from each of the final eight contestants, introduced by their mentor on the side screens, before 2016’s X Factor winner, Matt Terry, closed the show.” 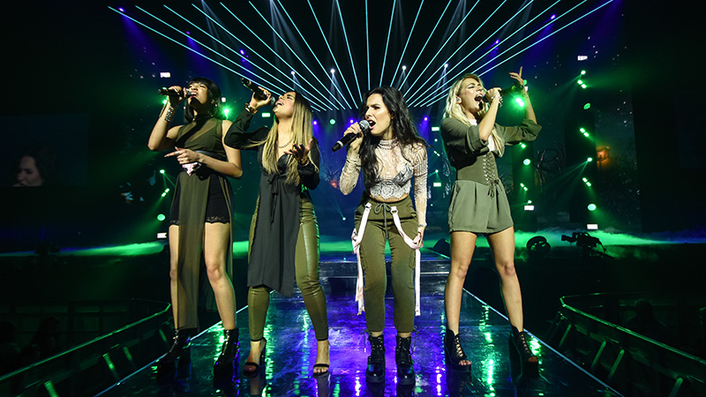