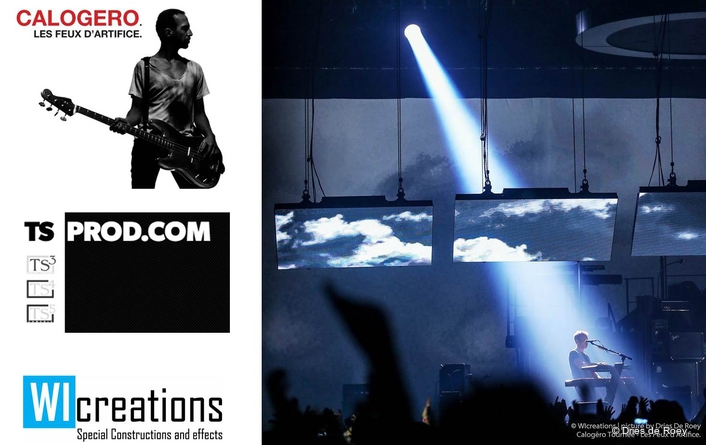 The tour is produced by TS3, also responsible for the acclaimed Mylène Farmer “Timeless” tour, for which WI designed and supplied bespoke automation. Based on this success, they returned to WI to deliver more imaginative, reliable and tourable engineering solutions … for which the company is renowned. 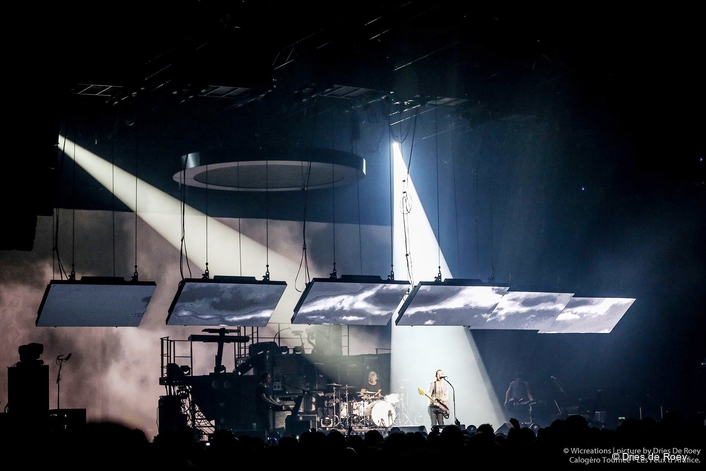 Calogero’s avant-garde lighting scheme designed by Dimitri Vassiliu is based less around traditional lighting instruments and is more about using the direct and ambient light - and darkness - created by LED screens with content flowing through them. For this ambitious idea to work, they required a series of six LED panels to move around the performance space, so they can act as light sources. 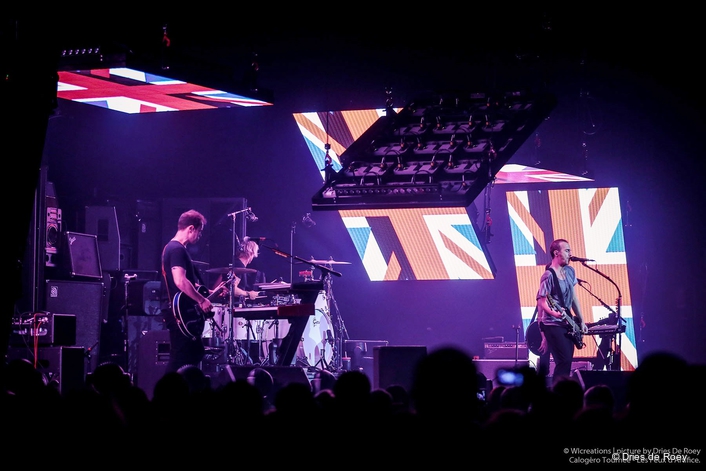 The six screens needed to track up and downstage and fly in and out as well as to rotate – so full 3D motion. The screens needed to be able to morph from landscape to portrait and move from fully horizontal to fully vertical … and anything in between. 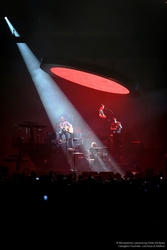 WI’s system makes the use of their Stacking Truss product complete with beam trolleys which initiate the upstage / downstage motion. Below this is a standard WI TP3 rotator and attached to that is a custom motion hoist box which contains four 250Kg motors plus control.

Each hoist connects to one corner of the screen, and this combined with the rotator above and the tracking screen … enables all axes of movement to be activated.

The system is controlled by a Kinesys Vector motion control system and WIcreations is also supplying an operator and two technicians for the tour.

The WI trusses are designed to maximize headroom in any venue, whilst taking up just a third of the volume of standard full-strength truss. Due to its stacking design, it is also extremely expedient on truck space.

A 5.4 metre diameter circular LED screen made from the same 6mm product also needed to be flown and moved. Weighing 1700 Kgs, this is flown on four double-reeved 500Kg motors also hung from the WI tracking truss, which enables it to travel from flat to vertical positions and track up and downstage. 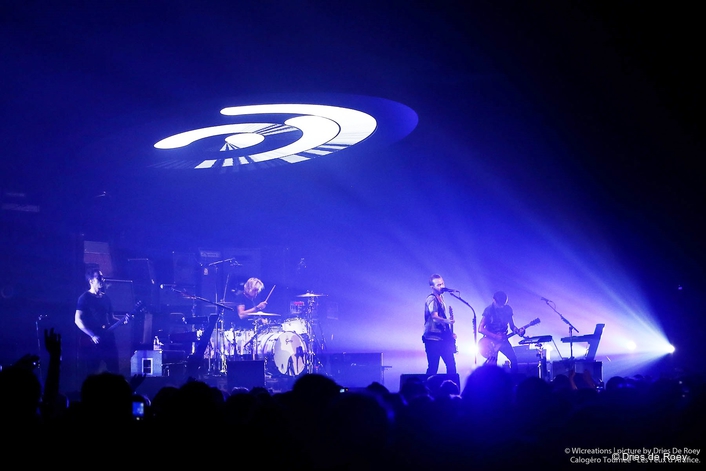 In addition to this, the stage right and left lighting trusses are flown – up and down - from two motion hoists which is all part of the WI system fed into the same Vector control platform, which contains around 40 show movement cues.

The challenge was combining all the different automation requirements into a coherent and practical package – which is where WI’s expertise came to the fore. As with all WI solutions, the system is optimized for quick and straightforward set-ups, de-rigs and truck packs. 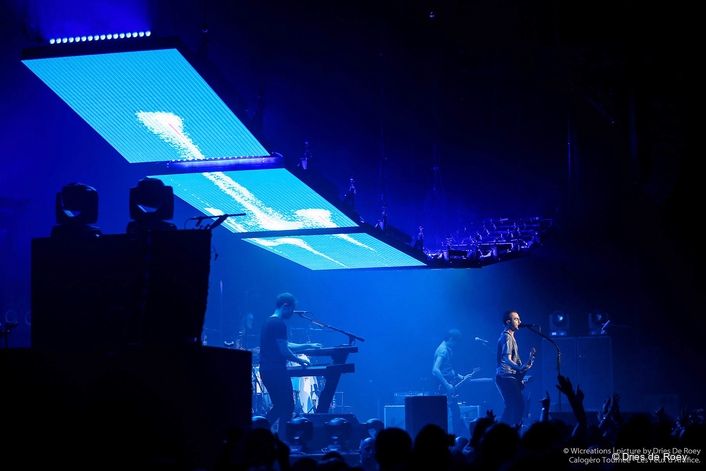 All the kit was delivered in a series of custom designed and fabricated touring dollies for maximum convenience. The motion boxes containing the four hoists are dollies in their own right, while the screen sections pack down neatly to three per dolly, with two more holding the main sections of the circular screen.

The tour is spread over three legs and will finish in June 2015.