W-DMX™ is a Winner at Canada’s Grey Cup 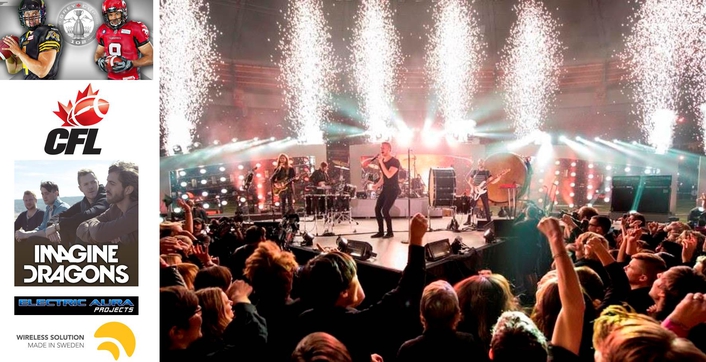 .
The award-winning W-DMX™ technology by Wireless Solution Sweden AB was once again used on Canada’s prestigious Grey Cup Halftime Show, held at the BC Place in Vancouver. The game decides the champion of the Canadian Football League. The halftime show was designed by Vancouver-based Electric Aura and featuring rock band Imagine Dragons.

W-DMX was hard at work high above the stage and over the audience. Production designer Robert Sondergaard of Electric Aura explains, “We used the W-DMX to get from the field level up to the jumbotron. We had some Martin MAC III fixtures there for backlight on the band and luckily there was 100 amps of power in there. There was no physical way to get cable there so W-DMX was the only option if we wanted these lights. We also had a number of moving lights high up in the audience. We used W-DMX to control these as there would have been no other option again as we couldn’t run cable through the seats.  W-DMX once again made our design vision possible.”

This was the fifth consecutive year of Grey Cup halftime shows for the Electric Aura team. Sondergaard and lighting director Jason McKinnon teamed up with producer Patrick Roberge of Patrick Roberge Productions and rental company Christie Lites to produce this event. They were familiar with the tight schedule: five minutes to set up the stage and a mere three minutes to clear the field after the performance, with no room for error as the game is broadcast live. A reported 10 million Canadians tuned in to the game, televised on TSN.

Electric Aura is no stranger to W-DMX, having used it in previous Grey Cup games, as well as other mega events such as the Paralympic Opening Ceremonies. Sondergaard adds, “BC Place has such a high wireless signal environment on game day with so many crews using wireless devices, not to mention the general public. But as always, W-DMX performed flawlessly.”

Niclas Arvidsson, CEO of Wireless Solution said, “We’re very happy with our long relationship with Electric Aura and are constantly amazed at the productions they do. We’re especially proud that W-DMX is their product of choice in realizing their creative visions.” 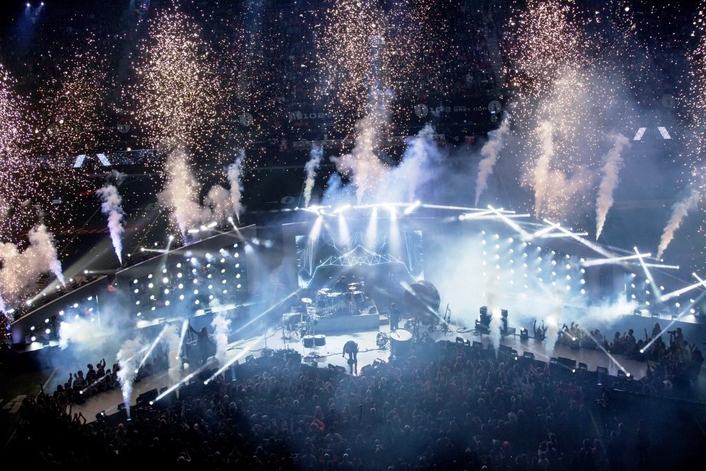 Wireless Solution Sweden is the world’s leading manufacturer of Wireless lighting control equipment, now celebrating 350,000 units sold worldwide and over 45 OEM partners. Hailed for its reliability and ease of use, Wireless Solution’s W-DMX range of products is the consistent choice for top professionals in the lighting industry and specified with perfect results in high-profile events and installations around the world. W-DMX is also hailed as the best wireless OEM solution. W-DMX has been used in major lighting applications including the Marina Bay Sands in Singapore, Lady Gaga, Coldplay, the Super Bowl and many more.