Viva Forever! Spices up The Piccadilly Theatre with Clay Paky

.
Viva Forever!, the musical based on the songs of the Spice Girls, had its World Premiere in London's West End on 11 December and has the audiences dancing in the aisles and happily humming the whole way home. Cynics may be quick to say this is just another juke box musical designed to pull in the sing-along punters but Jennifer Saunders has penned a dramatic narrative that demands the broadest pallet in terms of look and design.

Sets range from a TV talent show with all its accompanying signature lighting and ambiance [more of which later], a houseboat and on to a rather exotic looking Spain that provides the backdrop for the Salsa driven ‘Spice Up Your Life’. 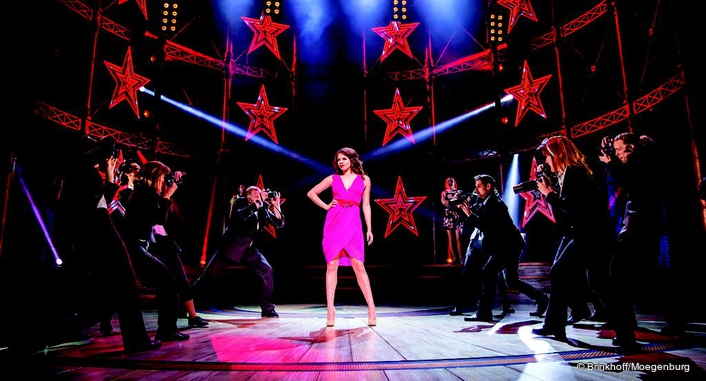 For Lighting Designer Howard Harrison, it has provided a glorious opportunity to juxtapose almost every conceivable genre of performance lighting in one show.  Choosing to use two grandMA2 full-size consoles to programme the lights and AV elements was a first for him. “The only restriction to programming with these consoles is your own imagination.  As an end user, I have nothing but praise for the possibilities that the grandMA2 provides and that extends to the support we received from Ambersphere’s Sales Director, Phil Norfolk, who has been incredibly helpful in facilitating all this. It’s been a great experience - I get exactly what I want from the design.”

There can’t be many people who haven’t watched a TV talent show - even accidently - in the last few years.  Their design elements have evolved into a genre in their own right and the characteristic visual impact is almost wholly down to the luminaire of choice: the Clay Paky Sharpy.  Harrison expounds, “To successfully reference the TV talent show and create that particular look it simply had to be the Sharpy.  Ambersphere were able and willing to have them colour matched to our set which was, of course, vital to complete the whole look.  They are, simply, a great unit.”

Rouse endorses Harrison’s view, “The Sharpy is by far the most iconic light of the last year, if not the last five years; its beam is so, so strong that it demands attention, particularly useful in some of the bigger production numbers.” 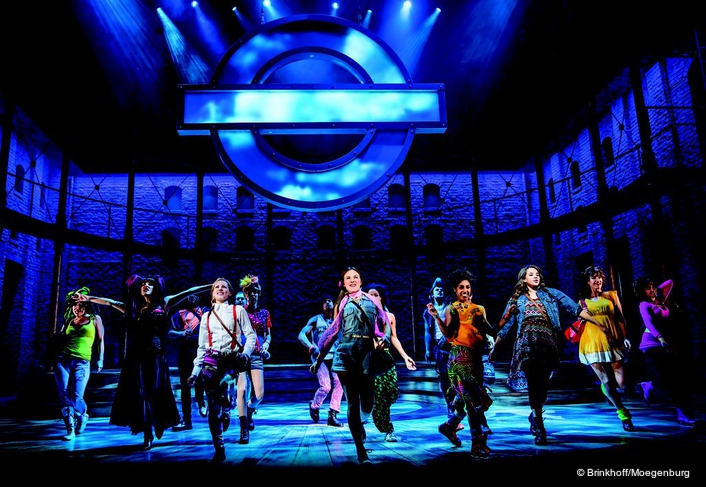 Judging from the mass of exuberant and excited tweets Viva Forever! will be a West End must-see for a long time to whatever those curmudgeons in the national Press might say.  And as for Harrison’s future projects? When picking control systems and luminaires that pack the necessary punch, he is unequivocal: “I would definitely go there again”