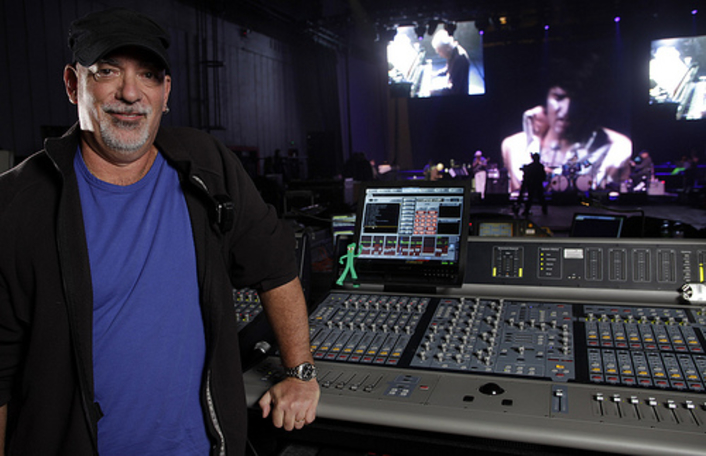 Howard Lindeman pictured in front of the VENUE D-Show console
Award-winning sound engineer, Howard Lindeman, is using the Avid VENUE D-Show System for the 2010 European tour of Elvis Presley in Concert. This astounding production reunites some of Elvis’ former band mates live on stage with a state-of-the-art, video-projected Elvis. With footage taken from a collection of Elvis’ finest concert and television performances that exist on film and video, combined with Elvis’s vocals and the live band, enthusiasts are treated to a unique mix.

For No Doubt Tour, There’s No Doubt about the Virtues of VENUE