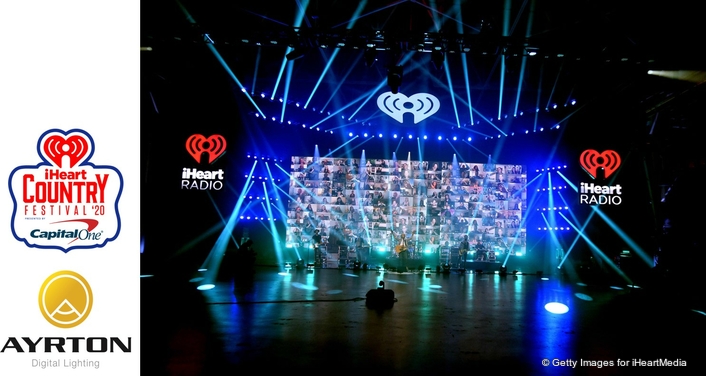 Lighting designer, Tom Kenny chose Ayrton Khamsin-S profiles as key lights in his design for this year’s iHeartCountry Festival, presented by Capital One, which was live streamed globally and broadcast on iHeartMedia’s country radio stations on 23 October. Bandit Lites supplied 24 of Ayrton’s Khamsin-S fixtures for this 7th annual celebration of country music which was rescheduled from its original slot in May at the Frank Erwin Centre in Austin, Texas, and relocated to The Steel Mill in Nashville, Tennessee.

Kenny is a lighting designer with over 40 years of experience on both sides of the Atlantic who moves easily between lighting live music and television spectaculars. His client list includes rock superstars like Robert Plant, Jimmy Page, David Byrne, Eric Clapton, David Bowie and The Who, and his television credits number a multiplicity of music award shows, documentaries and TV specials. 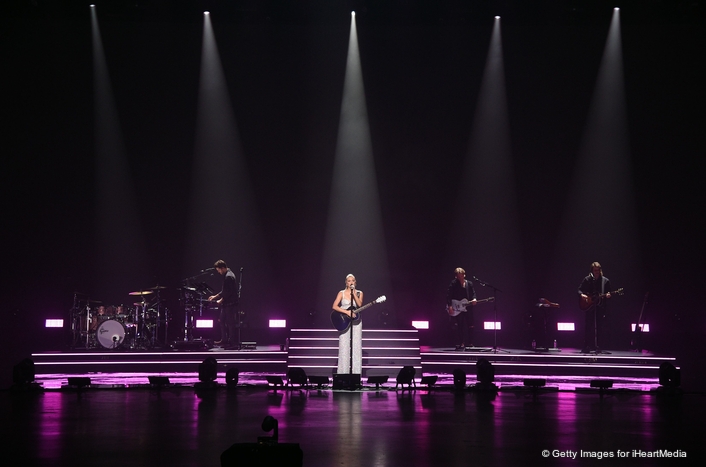 “I’d always wanted to use Ayrton’s new fixtures, having used their effects lighting many times before, yet never had the chance until now,” Kenny says. “So when Bandit Lites approached me with the Khamsin-S, I jumped at the opportunity.”

The Khamsin-S fixtures were installed in the overhead grid of The Steel Mill’s 200ft x 79ft studio from where Kenny used them for back, front and key lighting of the bands and as ‘scenery’ for single artists.

“The Khamsins were amazing in all aspects: the colour, power, speed and colour temperature were all perfect for television lighting – the temperatures in particular were just beautiful,” says Kenny. “Every lamp was perfect on set up and stayed perfect without any adjustment. 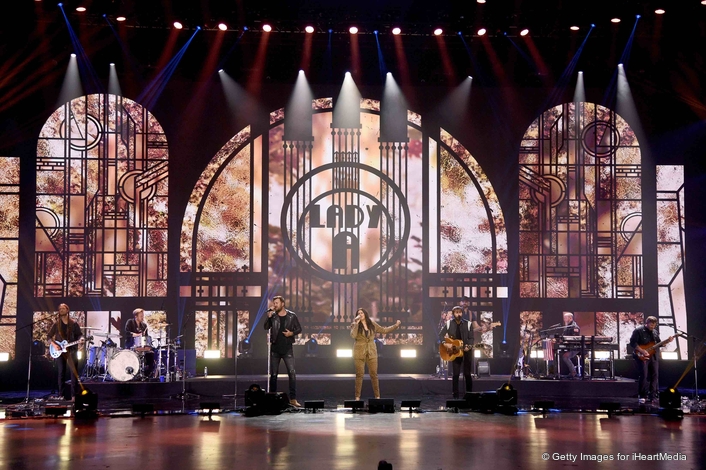 “I’m very fortunate that many manufacturers ask me to try out their latest fixtures on my TV shows. I like trying new products and can be relied upon to give them an honest opinion. The Khamsins are just fabulous lights and I was really impressed with them.”

The iHeartCountry Festival line up included veteran and new country stars from Dierks Bentley and Lady A to Kelsea Ballerini and Dustin Lynch, and Kenny made sure the Khamsin-S fixtures were kept busy throughout the day and night.

“On a show like this which involves so many artists from different age groups and styles, I am like a coffee shop barrista when it comes to the lighting!” says Kenny. “I need to be ready for anything in an instant… ‘What do you want? Order it up and off we go!’  The Khamsins handled it all with ease.  They were extremely versatile and quick, reacting to every situation and demand in super-quick time without any problems. 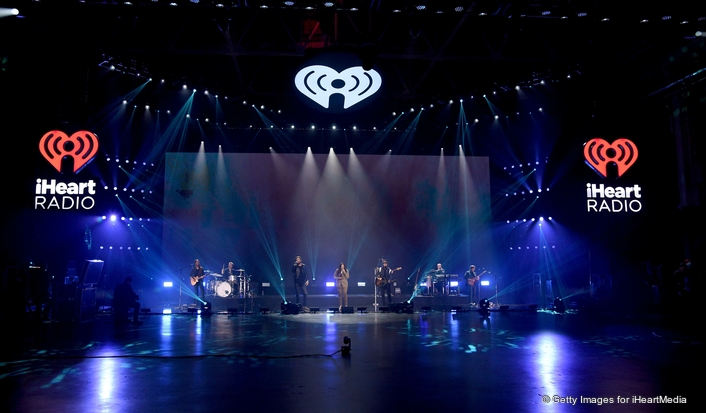 “We were able to create some really dramatic stand-out moments such as the beautiful backlighting for Kelsea Ballerini – any time you can turn everything off and use a single backlight is a real wow moment! And for Dierks Bentley I was able to use them in a way that was reminiscent of old Leko/theatrical lighting. I didn’t treat the Khamsins as moving lights and they were perfect for lighting both young and mature artists in a sympathetic way.”

Kenny was also impressed with the output of the Khamsin, despite The Steel Mill’s throw distance being shorter than he is used to. “You could see the Khamsins had lots of power and depth to spare even though the trim height at The Steel Mill is only 25ft. They were up against a grid of very powerful other products and lots of heavy smoke effects, but they cut their way through everything with ease. They kept their colour and shape and performed wonderfully under the stress. They are just gorgeous and I’m going to start spec’ing them on many more shows.”

This is something that pleases the Festival’s lighting vendors, Bandit Lites, a long-time advocate of Ayrton. “Mike Golden and I were really pleased that Tom spec’d Khamsin-S on the recent iHeart event at the Steel Mill,” says Dizzy Gosnell, Production Director at Bandit Lites who points out: “The missing link for lighting companies has been the availability of a high output LED powered profile head, and the Ayrton Khamsin-S really ticks all the boxes for us at Bandit with its features. Of course, not having a bulb in there to ‘go brown on you’ is a major deal for companies and designers alike. And add to that the thumping output coming out of the front end, great beam width capacity, colour mixing, good framing, 540º pan, good CRI for video, to name just a few. We’re really happy that we have the Khamsin-S in our arsenal at Bandit.”

About Ayrton:
AYRTON is specialized in developing intelligent LED light products for Entertainment and Architectural applications.