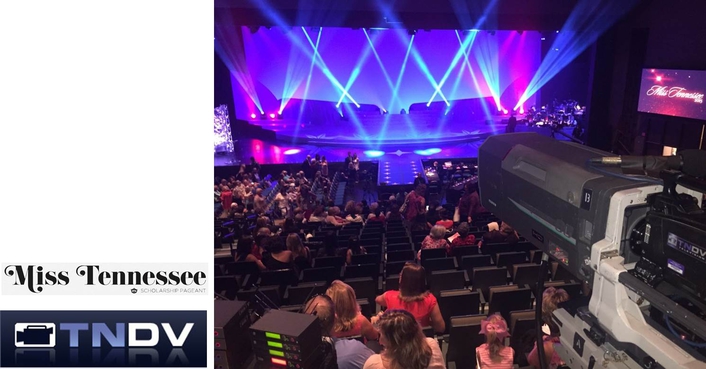 President and owner Nic Dugger instills a significant production upgrade as he celebrates his 25th year associated with event
Mobile production specialist TNDV has been producing television specials since its 2004, but it was almost 14 years before that company founder and president Nic Dugger got his start in television with the team that produces the annual Miss Tennessee Pageant in the City of Jackson. A standard definition production for the past two decades, this year TNDV drove its 40-foot Elevation HD Truck to the site, bringing the live broadcast to homes across western Tennessee in high-definition for the first time last weekend.

While the transition to HD is a significant step forward production-wise, Dugger also proudly celebrates his 25th year associated with the pageant. His relationship with the Miss Tennessee Pageant dates to his middle school years, and was instrumental in the broadcast and production education that led to the formation of TNDV, now an internationally recognized mobile production company with seven production trucks and multiple HD and 4K flypacks. And with the pageant’s long-time truck in the process of an HD upgrade, TNDV’s contribution to this year’s event, which took place in the Carl Perkins Center, proved exceedingly valuable to the overall production. 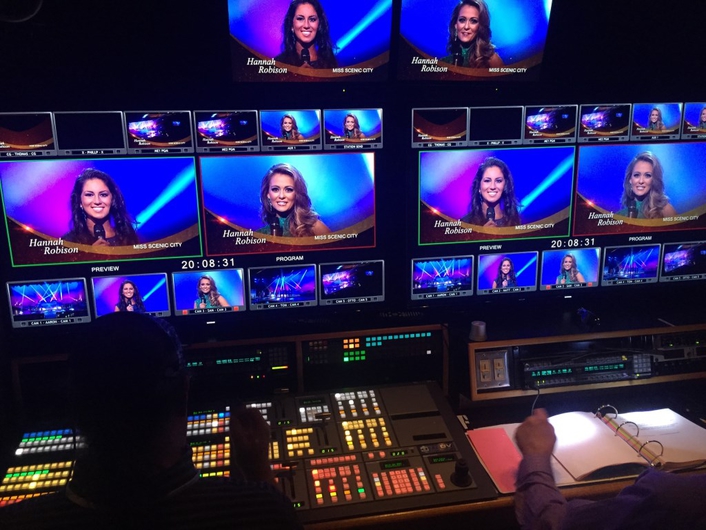 “We were excited to work with Nic and the TNDV crew for our first HD production, especially as Nic was a former student on our crew,” said Thomas Varughese, production manager for EplusTV6 and the Jackson Energy Authority, the organizations responsible for the on-air broadcast and overall production management. “The Miss Tennessee Pageant is a beautiful production with lots of color and movement, live performers, an orchestra and an elaborate lighting design. As we were broadcasting in HD, we saw every show detail and it looked just like it did in the auditorium. Working in HD with TNDV’s truck gave us hands-on experience with a new format, and plenty of ideas on how to transition our mobile production facility to HD.”

TNDV has recently invested in new technology with events like the pageant specifically in mind, including Ross Xpression graphics systems to enrich both the in-venue and on-air look. Inside the Carl Perkins Center, the production architecture married six Hitachi Z-HD5000 cameras with Ross Xpression graphics and two Panasonic PT-DW10000U HD projectors to upgrade the viewing experience for attendees. Simultaneously, the live cut was routed to the Miss Tennessee Pageant production facility over a fiber network for delivery to home, and recorded on a bank of Aja KiPro recorders over the same routing architecture for post-production of the project.

On the audio side, TNDV also upgraded the sound with a full digital audio suite featuring a Soundcraft Vi3000 console at the core. The multichannel mix integrates live feed from up to 64 inputs and an audience microphone kit, with Telefunken m80 and Mojave Audio MA-10 mics dispersed amongst the crowd to capture the energy from the stage venue-wide.

For the TNDV team, the main challenge was familiarizing the pageant production team with the HD gear and the various differences in operation and production. This included accurately framing shots for the 16:9 aspect ratio. 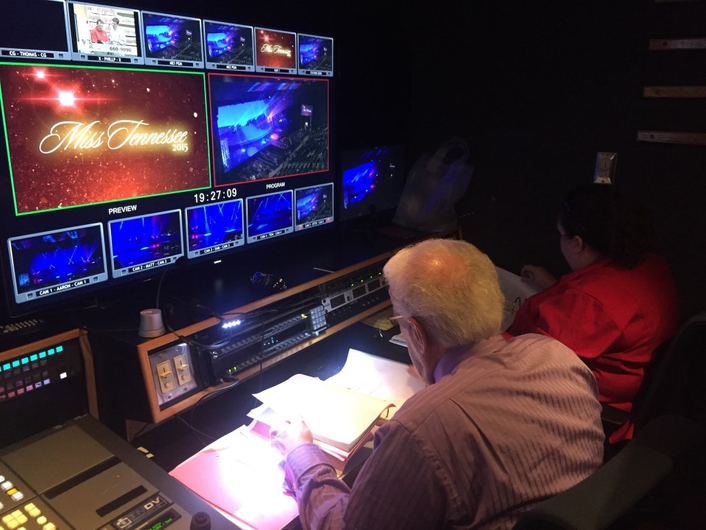 “To change from shooting SD to HD seems like a minor concern, but it’s a major deal when ensuring the comfort level of a crew unfamiliar with shooting in 16:9 HD,” said Dugger. “The learning curve of the Hitachi cameras and our other production gear made the transition seamless. Every technical element of the show was upgraded, from in-house image magnification to graphics productions and live multichannel audio, and this puts the pageant team in a great place to be ready for their upgraded truck.

“It’s exciting to play a significant role in this major technological step forward for the Miss Tennessee Pageant,” added Dugger. “Twenty-five years ago, I had no idea how much the time I spent working on the pageant, and hundreds of other Jackson-area TV projects from inside their production truck, would form the foundation for both my career and the passion that has become the focus of my life. To be invited to bring one of our trucks to this year’s in their time of need is an incredible honor.”

ABOUT TNDV: Television
Formed in 2004, TNDV: Television represents the culmination of over 25 years of broadcast and live production for Nic Dugger, owner and president; and his staff of full time engineers. TNDV produces events from small single-camera productions all the way up to multi-million dollar international TV events, and takes pride in building custom solutions for challenging productions of any size, in any situation.  Recent projects include the live concert productions at the NCAA Final Four, the Re/Max Long Drive Challenge on ESPN, and for the first time in broadcasting history TNDV produced the 2014 Hat Trick of Country Music Award show red carpet specials, including the CMA Awards, the CMT Awards, and the ACM Awards.