A Tale of Love and Life 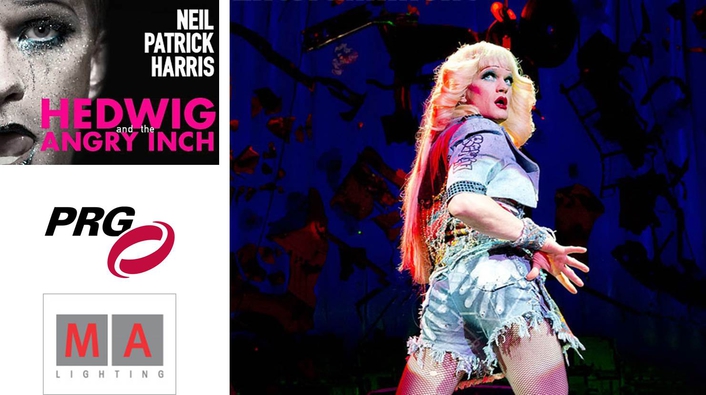 “grandMA2 offered us a really good networking solution that enabled us to have multiple programmers on the system during rehearsals and give display feedback for the designers,” says lighting programmer Benny Kirkham; Zach Peletz is the video programmer. “The show is very dynamic and we had to get it done quickly. Using grandMA2 and all its tools was the only choice to get the look we wanted.” 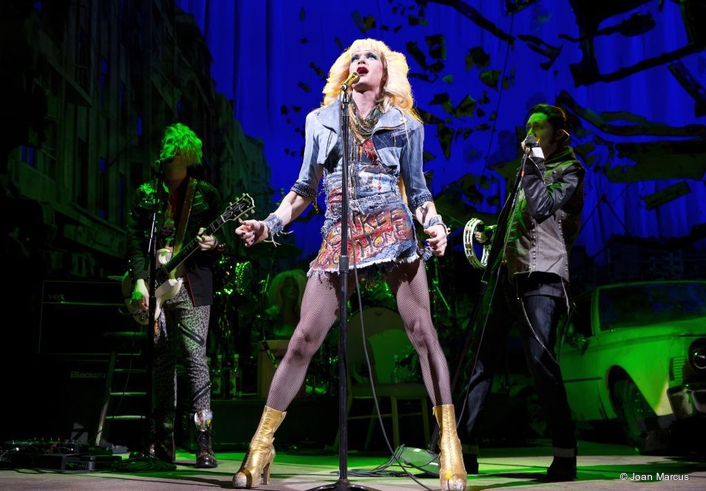 Kirkham notes that the show “is supposed to depict a one-night-only concert by a punk rock group, so we had to create some of the insanity of that with the design. Kevin really walked the line well creating a show that’s wild and anarchic without creating a distraction. The whole package comes together, and everything in the design works perfectly!”

Adams met Kirkham on the new Blue Man Group show at the Monte Carlo in Las Vegas where they worked on a grandMA2 console. They reunited for “Hedwig,” and Adams was “delighted” to partner with the programmer and the grandMA2 again.

Adams liked grandMA2’s graphical “Magic Sheets on the monitors,” which meant he “never needed any paper” to speed up recalling control channel numbers. “I had a lot less info in front of me; I never needed any channel numbers. I could just point to the layout that Benny and I shared. It was very visual and intuitive. An entire layer of frustration went away.”

Kirkham notes that Adams “became quite a fan of the grandMA2” during the course of “Hedwig’s” production. “It’s fast and has the best effects engine on the market, which enabled us to create the look and feel we wanted,” he says. “The grandMA2 was great at managing tracking and cue data – and there’s no board that can fire up the popcorn machine as well as grandMA2 can!”

Kirkham says he’s never been involved in a production as “collegial” as “Hedwig.” “Every change moved the show to an even better place,” he reports. “We’re very proud of it.”

“I’ve enjoyed working with Benny and the grandMA2 very much,” Adams concludes.

PRG supplied the lighting equipment. A.C.T Lighting, Inc. is the exclusive distributor of MA products in the USA and Canada.