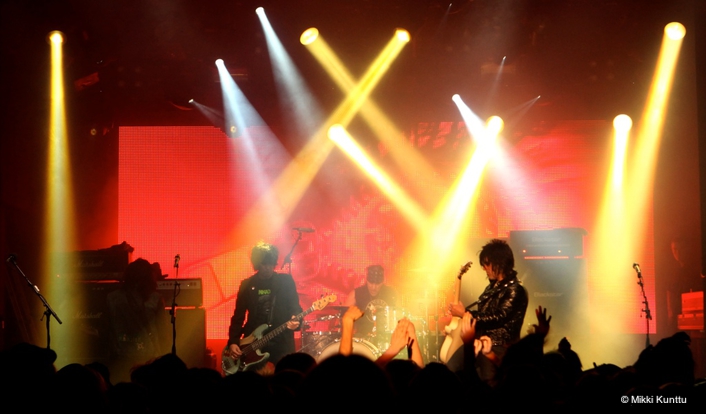 With Michael Monroe it’s always a straight-in-your-face full on rock show
Michael Monroe, born as Matti Fagerholm in 1962 in Helsinki, is a Finnish rock musician and multi-instrumentalist who rose to fame as the vocalist for the glam punk band Hanoi Rocks. Monroe also served as the frontman for all-star side projects such as Demolition 23. and Jerusalem Slim. During his “Sensory Overdrive” World Tour 2011 Michael Monroe played two gigs in Helsinki’s Tavastia Club. Mikki Kunttu worked as lighting designer, programmer and operator for the shows with the assistance of his grandMA2 light.

Kunttu commented: “I have my own grandMA2 console that I have not really used for rock concerts so far, as I’ve felt more comfortable with using series one console for these type of shows. Doing Michael Monroe on a grandMA2 has turned my head around completely!

As it’s the small details that really make things rock or not, it’s the grandMA2 surface that’s more flexible, faster and offers more possibilities when doing a hands-on live show.”

“I think it’s especially the positioning of executors and executor buttons, this simply allows you do more things with your fingers on one hand instead of ‘running’ constantly across the board. When you combine this with the potential of the macros, it really is a combination that's hard to beat. The big touchscreens and the smartview are just The Best Thing when controlling a media server that has one universe full of control parameters.” 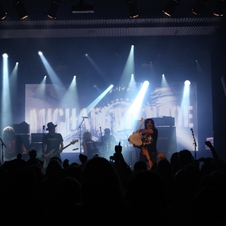 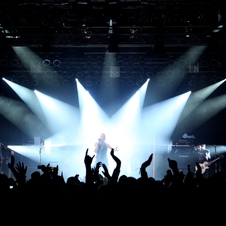 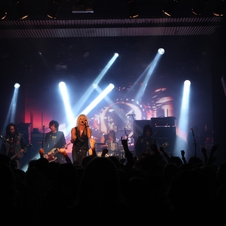 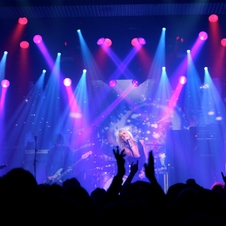 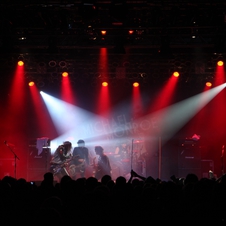 Said Kunttu: “With Michael Monroe it’s always a straight-in-your-face full on rock show. My idea is to reach the same level of energy with the lighting that this amazing band puts out onstage. They have just released a fantastic album, and the idea for the LED screen was to bring the album cover artwork ‘to life’. Basically the only content on screen was the image of Michael's eye from said album cover, plus some Hippo magic applied.”

“Most remarkable to me was realising how good the grandMA2 is for this type of show,” continues the Finnish lighting designer. “I had my doubts initially on the feeling of the flash buttons, but I have to say they are really good. As I said, it’s the small things that make the difference, and definitely the grandMA2 executor / executor button layout is simply fantastic.”