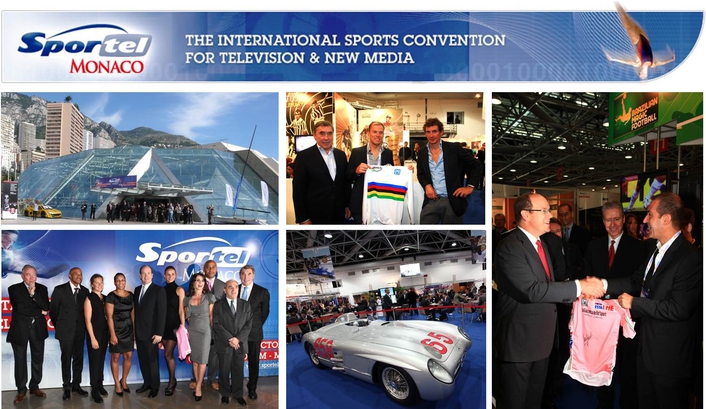 The exhibition space in the Grimaldi Forum was filled to capacity with 166 stands,kiosks, displays and exhibits. In making the announcement, Mr. Tomatis commented, “We are delighted with the strong turn-out this year, and the reports of a high level of deal-making from exhibitors and visitors alike. We attribute this to the continuing development of the Internet and mobile sectors, along with a strong showing from the mature television side of the business.

The ceremony was opened with an impressive "Best Of" sequence of the FIFA World Cup 2010 in 3D and the whole awards celebration was recorded by AMP with its Car 8 which was down in South Africa (together with T16 from Telegenic) for the production of 25 of the 64 games in 3D. 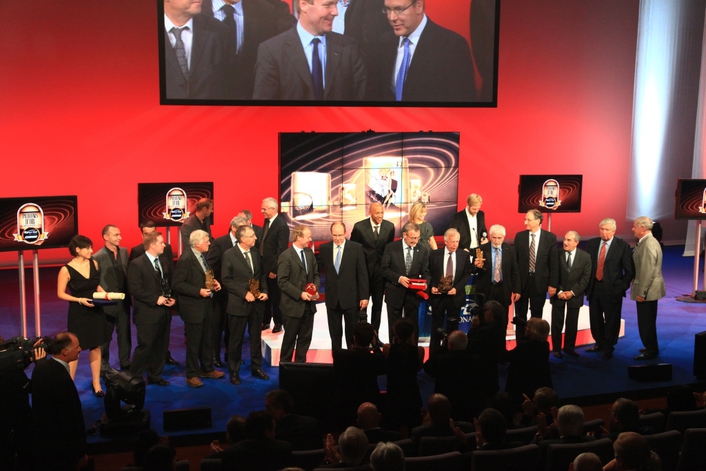 H.S.H. Prince Albert II of Monaco and the Winners of the Golden Podium Awards

Continuing, Mr. Tomatis said, “SPORTELMonaco continues to be the must-attend venue for top decision-makers across the entire spectrum of the sports content industry. Whether you are in production, sales, sponsorship, content delivery or event organizing, SPORTEL offers something for everyone – that's our strength!"

The next SPORTEL event will be SPORTELAsia 2011, March 16-18, 2011 at theInterContinental Hotel in Hong Kong.