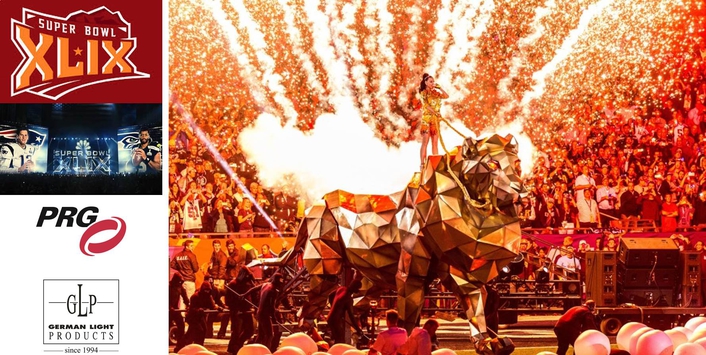 For the duration of the 12 minute segment, at which Katy Perry headlined, experienced LD Bob Barnhart (of Full Flood) used 12 of the new X4 Bar 20, as well as 16 of another recently introduced fixture, GLP’s large format impression X4 XL (which features an impressive 55 x 15W LEDs).

For Barnhart, who has used various generations of the impression at other high profile events over the years, this was his 17th outing at the Super Bowl Halftime Show.

GLP US’s president Mark Ravenhill recalls his early conversations with the LD when he introduced the new X4 Bar 20, GLP’s new zooming and tilting batten unit. “Bob was looking for something new for the upstage portion of one of the stages — a low profile fixture that would add an extra dynamic — and this seemed the perfect solution.” 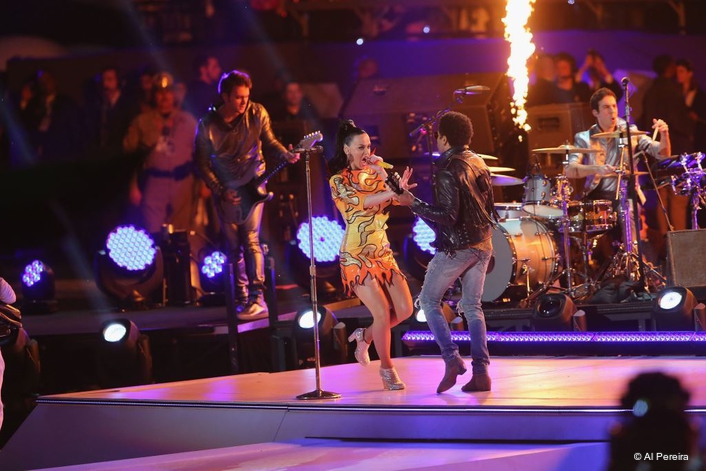 Barnhart himself remembers, “It was about two weeks before we loaded in when Mark made them available to me and showed me some videos.  This was certainly something new in terms of a strip light, particularly with the tilt option, and I knew it would enable us to produce some different effects.

“We had a good spot lined up for the Bar although we relocated the X4 XL’s to the band stages where we placed them on the risers to help outline the bands.”Due to the X4 XL’s large aperture, Barnhart was not only able to achieve a different look with this deployment, but by using the pixel patterns that the unit produces in a number of segments, was able to add a further unique dimension.

A huge amount of logistical planning goes into a show on which such high expectations are riding — particularly as the production team has just eight minutes to set up for the 12-minute show, and then seven minutes to load it all out again. As for the layout, the main stage was positioned on the field’s 25 yard line, and was linked to Stage 2 via a catwalk.

But the preparation process begins a lot earlier and includes lighting director Dave Grill and programmer Peter Radice. “We start talking about approaches as soon as we see the building,” says Barnhart, “and this is months before the performer is selected.  We revisit as new information comes in and pick lighting positions before the creative has really settled, as the NFL needs to know where we want gear early in the process.”

The team also worked closely with Baz Halpin, Katy Perry’s production designer, and another who has specified the GLP impression on many occasions, as well as overall set designer, Bruce Rodgers. 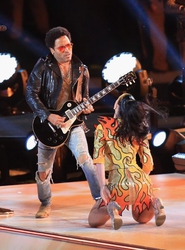 Following previous half-time spectacular performances from Beyoncé (2013) and Bruno Mars (2014) this year’s set was again over the top, once Katy Perry entered on a giant tiger (with her performing sharks), to be joined by Lenny Kravitz and Missy Elliott.

The lighting inventory was provided by PRG’s Los Angeles based account manager (and Super Bowl veteran) Tony Ward, who also doubled as Full Flood’s gaffer. “Full Flood is using a lot of gear at any one time and quite often around the world, so PRG has been able to support our projects when our shows start to collide,” explained Barnhart.  “Super Bowl, Grammys and Oscars [two Hollywood spectaculars where Tony Ward is also on duty] are all taking place at the same time, in addition to some other shows associated with those events.”

Meanwhile, on the evidence of Super Bowl, Bob Barnhart is in no doubt that the X4 Bar will form part of his tool-box on future shows. “I look forward to using them again — and in some different configurations,” he says.