Size Matters for HSL At Creamfields 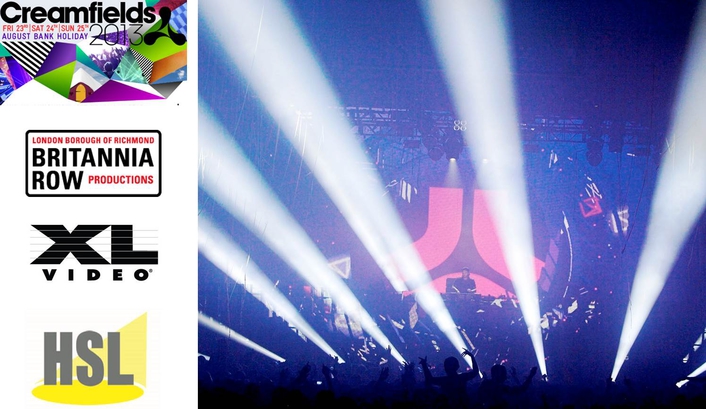 .
Creamfields 2013 saw 58,000 enthusiastic EDM fans enjoy a superlative line up of the very best dance music on the planet amidst fabulous weather, celebrating the 15th edition of the UK’s favourite dance music extravaganza at the Daresbury site Halton, near Runcorn, its base for the last eight years.

Blackburn based lighting and visuals rental specialist HSL was right at the heart of the action, supplying lighting equipment and crew for ex Swedish House Mafia gurus Steve Angello (Size Matters) and Sebastian Ingrosso (All Mixed Up), who flip-flopped their specially curated hi-energy line-ups over the Saturday and Sunday of the Festival, each night culminating in their own tumultuous sets.

HSL’s team was led by Project Manager Mike Oates. They were working for MJM Management who look after Angello and Ingrosso, and on site closely with Creamfields’ technical producers LarMac LIVE, and Lighting Designer for both artists, Ian Tomlinson.

HSL also took a wider role in the basic visual production for these shows, producing a whole over-stage structural infrastructure design proposal for the large capacity tent based on the Star Events VerTec stage. This featured a trussing system and associated rigging to provide lighting, video and PA positions. 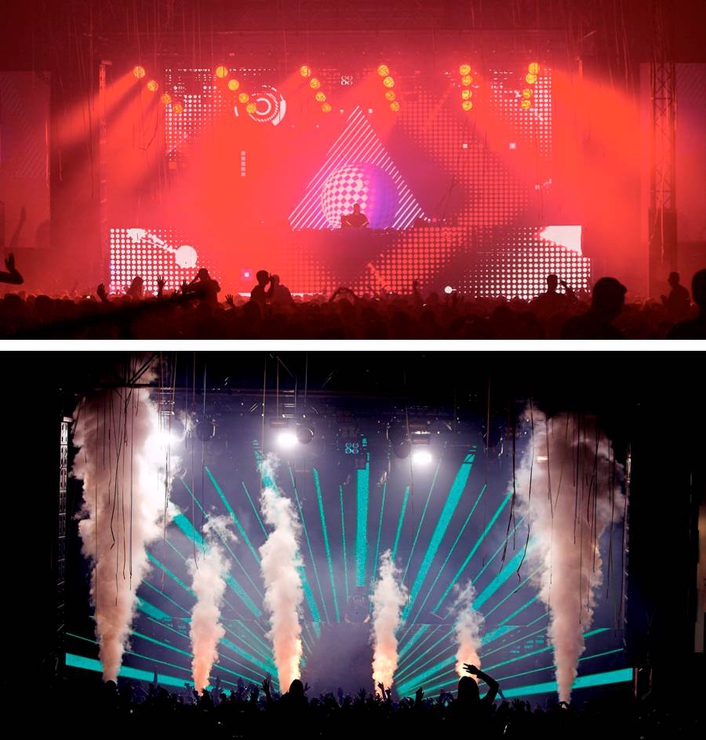 It also involved the provision of practical facilities like a truck dock built on to the rear of the tent so the artics could remain in place, offering both weather protection during the in and the out if needed, and also facilitating a super-quick and efficient process in both directions.

These concepts and systems can be transported and implemented at any future event.

Says Mike Oates, “It was a massive collaboration and a fantastic experience working with other like-minded people to produce the very best creative and technical results for the Creamfields brand”.

The Size Matters / All Mixed Up shows involved 40 points of rigging / motors - which were installed by HSL’s Production Rigger, Danny MacDonald.

The consoles were a grandMA2 light for Ian Tomlinson who ran Steve Angello’s show, and a ChamSys MQ200 for all the other artists including Sebastian Ingrosso, who’s show was operated by Dan Robinson.

HSL’s crew was led on site by James “Jam” Sutch. He was joined by a great team of Mark Scrimgeour (dimmers), James Townsend, Dan Oswald, Chris Roper and Markus Isley.

On site they all worked alongside other ex Swedish House Mafia crew Robin Scott who co-ordinated all MJM’s elements and Rob Lister, Stage Manager for the show days.

“It was a tight team of people who have been working collectively very successfully for the last three years” remarks Oates, adding that it was “Absolutely great to be back together”. 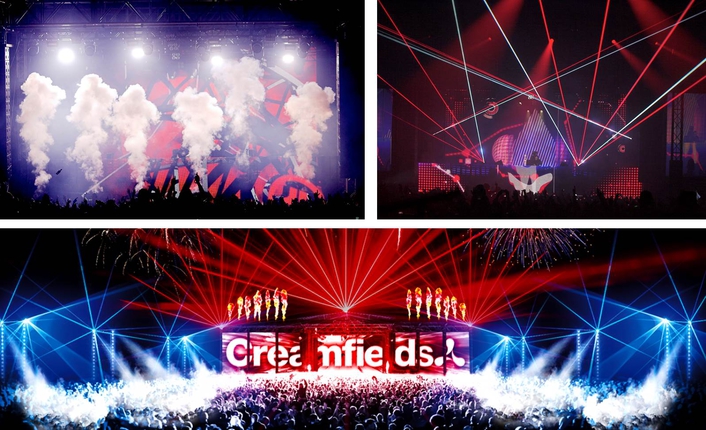 Video production for the Size Matters / All Mixed Up venue was supplied by XL Video and audio by Britannia Row.

The August Bank Holiday was also a LARGE weekend in every respect for HSL. As well as this tent at Creamfields, they also provided substantial specials lighting and visuals rigs for Madeon and Prodigy who closed Saturday night on Creamfields’ North outdoor stage.