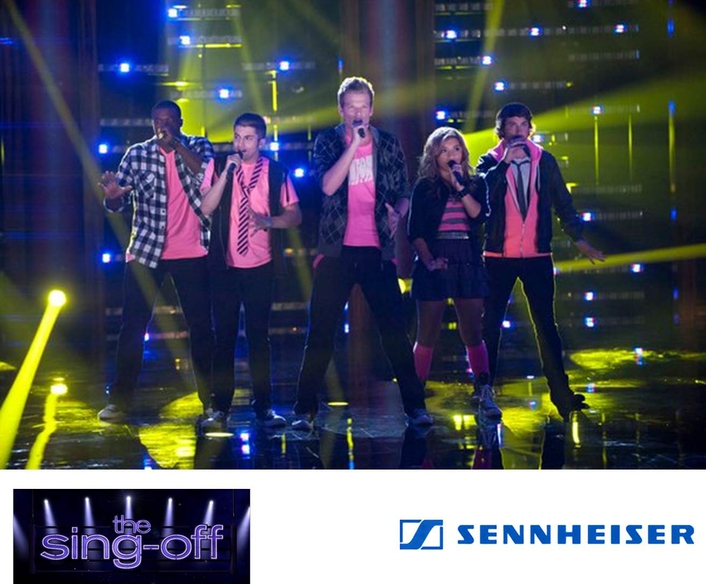 Pentatonix, singing into Sennheiser SKM 5200 wireless transmitters with MD 5235 capsules, took top honors in The Sing Off 3
On Monday night, NBC presented the “Live Finale: Top 3 Finalists” of its hit show The Sing Off featuring not only the final three group contestants, but over 100 Sennheiser microphones on stage. The Pentatonix were elected champions of season 3, and music mixer Randy Faustino was on hand to ensure the audio quality was outstanding until the very end.

Music Mixer Randy Faustino Relies on Sennheiser SKM 5200-II Transmitters and MD 5235 Capsules to Carry Sonic Excellence for Millions of Television Viewers
Faustino, a multiple Emmy award-winning music mixer and CEO/President of Creative Sound Solutions, has been responsible for mixing not only The Sing Off, but other top national prime time programs including The Voice, American Idol and others. Whether he is faced with a live broadcast or an in-studio production, Faustino depends on Sennheiser transmitters and capsules to achieve a great sound. For “LiveFinale: Top 3 Finalists” he used over 100 Sennheiser SKM5200-II transmitters, each coupled with Sennheiser MD 5235 capsules.

Faustino prefers the MD 5235 capsules because of its clear sound andversatility: “It seems to work for everybody, and I never seem to have a hard time getting a great sound,” he says. “Sometimes I have people eating the microphone, other times I have performers more than a foot off themic — it has to perform equally well in both scenarios.”

Since each performance is a ‘once in a lifetime’ career opportunity for the contenders, Faustino needs to ensure that the mix is the best it can be for which ever group approaches the mic. He says that the Sennheiser MD 5235 mic capsule helps facilitate this: “The technology has to be plug and play,” he says. “I get that one shot at putting a live mix together, and then you have to move on. I have very little EQ on those mics, and they sound fantastic across a range of vocal types — that is the beautiful part of these MD 5235 capsules.”

“You have to have a good, clear sounding capsule so you can pick out the voices and have them defined in the track,” observes Thom Salisbury, Western Regional Sales Manager for Sennheiser. “On a program like The Sing Off, you not only have a variety of frequencies coming into the vocal track, but also tonal and volume differences. The MD 5235 is very sensitive and has a very smooth frequency response — I believe this is why it is our most popular capsule for television and touring.”

Predictable and reliable RF performance
In the case of a live programming scenario such as “Live Finale: Top 3 Finalists” where audio is being broadcast to millions of television viewers, the audio quality needs to be synchronous with solid and reliable RF performance. In the middle of Los Angeles — one of the most difficult RF environments in the world — the challenge can be daunting, especially considering the massive lighting rig and number of microphones operating on the stage at the same time. 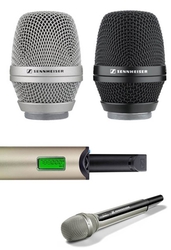 Dave Bellamy of Las Vegas-based Soundtronics Wireless was in charge of ensuring that the RF for Monday evening’s performance — and indeed the entire preceding season — was flawless. “In a show like this, ‘pretty good’ isn’t going to get you there,” Bellamy observes. “This is a very demanding and exacting business, and in an extremely overcrowded RF environment, Sennheiser gives me predictable reliability.” Bellamy used Soundtronics’ Phoenix system antenna system in combination with dozens of Sennheiser EM 3732-II wireless receivers to ensure that the audio was free of any RF interference.

How does mixer Randy Faustino manage to stay cool in such a technically challenging and intense production environment?  “I have to stay two steps ahead of everything, but I feel secure in the fact that Sennheiser always works. We've never had a failure and have always had great product support from Thom Salisbury if we ever need anything.”

The Sing Off
Sennheiser