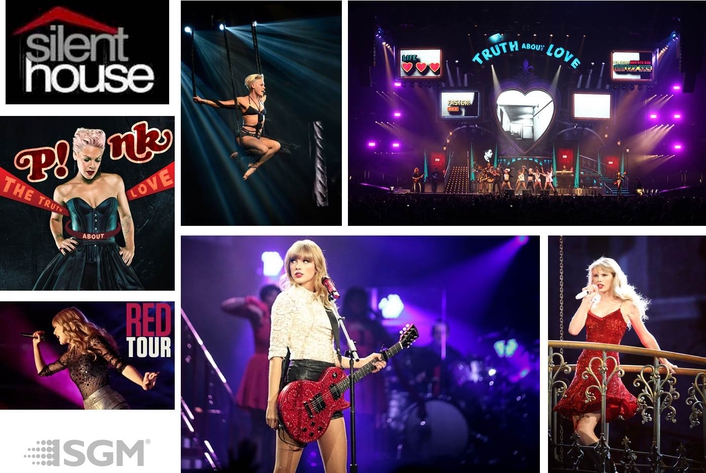 Multiples of SGM’s LED RGB strobes chosen for P!nk and Taylor Swift
When top production designer Baz Halpin walked past the SGM booth at the LDI Show in Las Vegas last November he was stopped in his tracks by the Danish company’s new XC-5 colour strobes.

Responding to an invitation from the lighting manufacturer’s US head, Randy Wade, he and Chris Nyfield, along with other members of the Silent House Productions team would probably have given little more than a cursory glance, as seeking out new strobes was probably furthest from their mind. “I was actually quite happy with the strobes we had been using — but as we walked past the SGM booth we were really taken by the strobes.

“I instantly loved the quality of the colours, the intensity, size and the low power consumption … not to mention that the fixture could be more versatile than just a strobe,” remarked the Irish born designer.

The timing could scarcely have been better, with a major world tour by P!nk ramping up. “We decided to take the gamble,” he said. “We loaded them into Phoenix for the P!nk rehearsals where they exhibited a really beautiful quality of light, and they have proved very reliable ever since.”

“Both Chris and I felt strongly about using them after LDI so we decided to ‘put all our eggs’ In the SGM basket — and I’m happy to say it paid off.”

Production has 34 XC-5’s out with P!nk and a further 42 integrated into the Taylor Swift set, also designed by Silent House — all supplied by Production Resource Group (PRG).

While all Silent House productions go out to bid, Baz Halpin’s experience with PRG has always been excellent. “Mickey Curbishley [President, Concert Touring] is one of the best in the business. His professionalism and attention to detail have always been first rate. Their equipment is well maintained and their crews top class,” praises the designer. 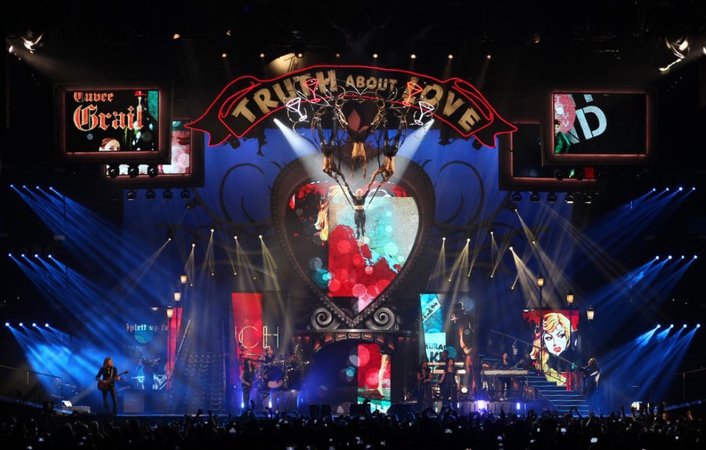 Curbishley himself remembers, “We all knew there was an LED strobe coming to the market and this is the one that everyone fell in love with; Baz wanted it and it came at us really fast. There wasn’t the facility to let someone else be the guinea pig!

“They have immense power and you can see how bright they are while drawing very little power. Old strobes pull such a lot of wattage — plus these can travel in the truss. They offer more creativity as the only way you can change colors on a traditional strobe is with a scroller. This makes them more consistent and reliable.”

So how are these fixtures being deployed? The P!nk set features the XC-5’s, strategically placed on ladders of trussing upstage left and right, for use as an audience blinder, and also on the roof and side trussing to provide more traditional strobe lighting onto the stage and performers. “In other words we use them both as a strobing feature, a hyper-flash blast and as a color bump for some more regular musical dynamics,” Baz Halpin explains. 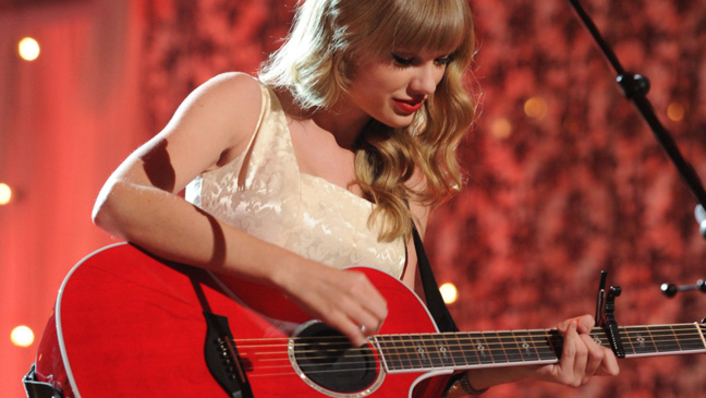 He describes the set as “a sort of grungy Pulp Fiction game show world” with a lot of different types of performance within the show. “Therefore the set had to be as versatile as possible,” he continued. “It is an asymmetric design with a lot of moving video screens which constantly change the shape and feel of the set depending on the act within the show and the visual we try to create for an individual song.”

The advantages of a low-profile, lightweight LED strobe, such as the XC-5, are manifold. Baz observes: “They can be used in multiples, and they allow you to have a real strobe effect with no color scrollers breaking down, or white light leakage through the vents etc. Other benefits are the fact the XC-5’s don’t need to ramp down / cool down and can be used as a scenic fixture also.”

And creatively they offer a ton of options, he says. “That is one of their most valuable features. The fact that we can run colour chases along with strobing patterns is a great new effect in the arsenal. The color versatility is fantastic and allows you to use them in more varied ways.” If anything, he says, they are used in a very different way on the Taylor Swift show in comparison with P!nk because of their placement on the rig and the functions they perform. They provide more of a scenic detail, creating shape along with dynamic punch.” 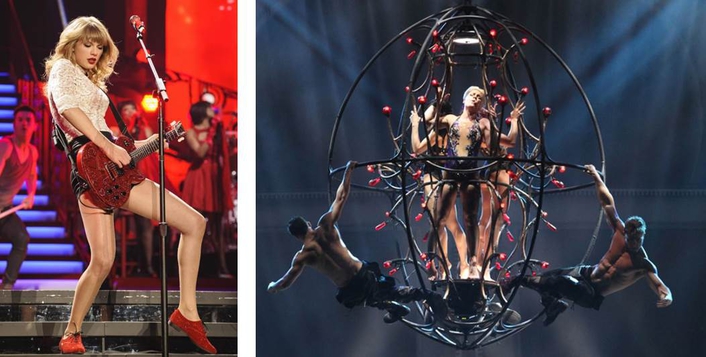 Finally, he notes that shows are moving inexorably towards more eco-friendly LED-type presentations (or latest generation discharge). “We have already received commets about the low power consumption for such a large rig,” he reveals.

So have the XC-5’s met the demands that Silent House Productions imposed on them in terms of output and creativity? “Absolutely,” comes the immediate reply. “In fact they are delivering more than we expected. They are a very reliable, consistent, bright fixture with none of the usual glare associated with LED fixtures. They are a great addition to the rig!”