Shaping the Future of the Industry

For up-to-date information about the conference, exhibition, awards, free training and to register, visit www.ibc.org
IBC is the premier annual event for professionals engaged in the creation, management and delivery of entertainment and news content worldwide. The event attracts more than 48,000 attendees from 140+ countries worldwide and showcases upwards of 1,300 key international technology suppliers alongside a peer-reviewed conference that debates the hottest industry topics.

Take Part in the IBC2011 Conference 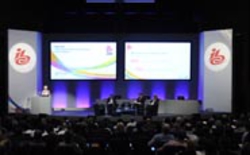 Every year, IBC provides those who have worked on an exceptional project or break-through research within the industry the opportunity to present their expertise at the IBC Conference Technical Papers and Posters sessions. Specific areas of interest for 2011 include 3D modelling, immersive media and presence and targeted advertising technology.

If you would like to participate, then please submit your synopsis now. The deadline for all synopses is Friday 11 February 2011. 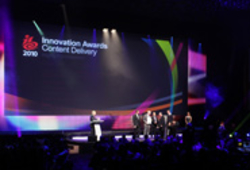 The IBC Innovation Awards uniquely celebrate how manufacturers, vendors and end users have worked together to push project boundaries and help shape the future of the industry. These Awards are presented in three categories of Content Creation, Content Management and Content Delivery and winners are presented their award at the Awards Ceremony during IBC in September.

The deadline for entries closes on Friday 11 February 2011 so don’t miss this opportunity to be recognised as an industry leader in innovation. Submit your entry now.

Catch Up On The Latest News 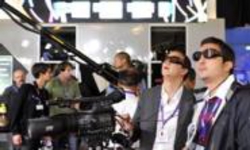 Augmented reality: The next big thing?
IBC was prescient in tabling a conference session all about augmented reality (AR) last year since the technology, which has flown under the radar for decades, could be about to go mainstream. It’s a field set to reach US$732m (Juniper Research) by 2014 with others analysts bumping the figure to US$1bn. According to Gartner, AR is one of the top ten current disruptive technologies even though the technology has been around since at least the 1970s.


Archiving in the digital age
Restoration has become big business in both the film and broadcast worlds. Media owners have begun to realise the huge financial benefits that refreshed archives can bring to satisfy consumer demand which has been rebooted by emerging distribution platforms. Yet there are considerable challenges in finding the right technology and right business model which need to be addressed. Most pressing is the need to find a digital replacement for film as a long term storage medium.

A broadcast and IT consensus
As broadcasting undergoes wholesale transformation from physical to file-based formats IBC recognised a clarion call for the industry to better get to grips with the change. The call is both for greater education to facilitate the merger of IT skills with those of video engineering and also for systems vendors to deliver non-proprietary standards-based technology.