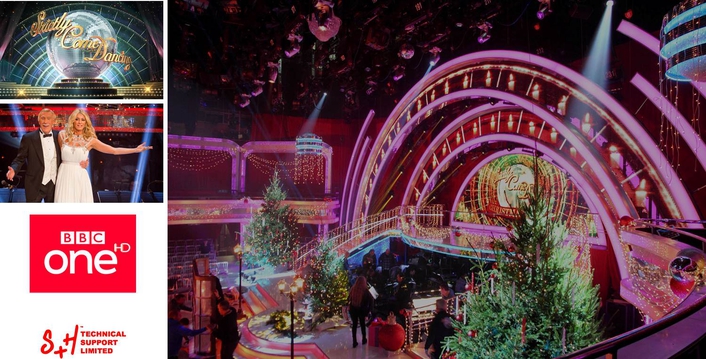 This was staged in studio TC1 and the BBC TV Centre, Wood Lane, Shepherd’s Bush, London.

The additional Pea Lights brought the total for the Final to around 21,000. S+H regularly supplied about 6000 Pea Lights to each show in the series which were integrated into the set walls of Patrick Doherty’s impressive ballroom design.

The Christmas extra Pea Lights were made up into a variety of swags and strings and suspended from the staircases and other set pieces, giving the Final that extra special tough of glamour and glitz!

S+H additionally supplied a quantity of colour-changing LED stars to bring extra Christmas sparkle around the Judge’s desk for that show.

For the Final, S+H supplied all the usual drapes and effects – including 1100 square metres of lush red velvet Pea-Light Starcloth containing another 6000 inbuilt lights, plus the 6000 wall Pea Lights. 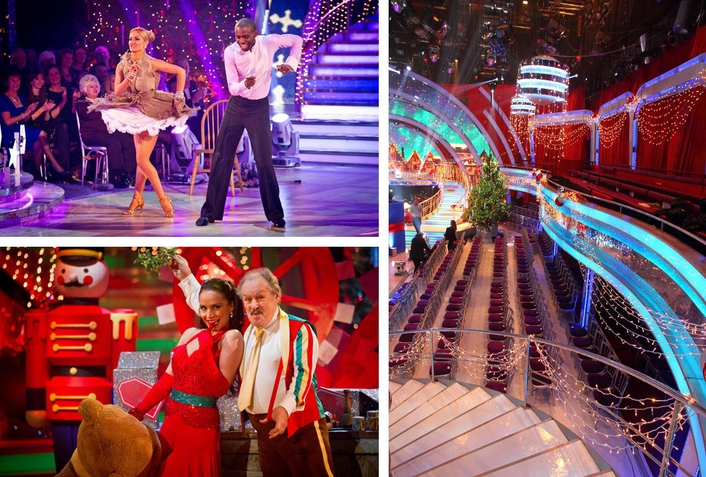 The S+H crew also decked out the studio next door for the series’ After Party which followed the Final show, giving the space a full wrap of Pea Light starcloth and adding illuminated music signs and musical instruments, plus LED stars and strobes around the entrance.

This all helped in making the environment funky and fun, celebrating another hugely successful series – the tenth - for the BBC.

Says S+H’s Terry Murtha, “We are very proud to have been involved in supplying such a high profile show, in working with Patrick again and in seeing the inventive ways in which Pea Lights and different cloth can be utilised as a design tool”. 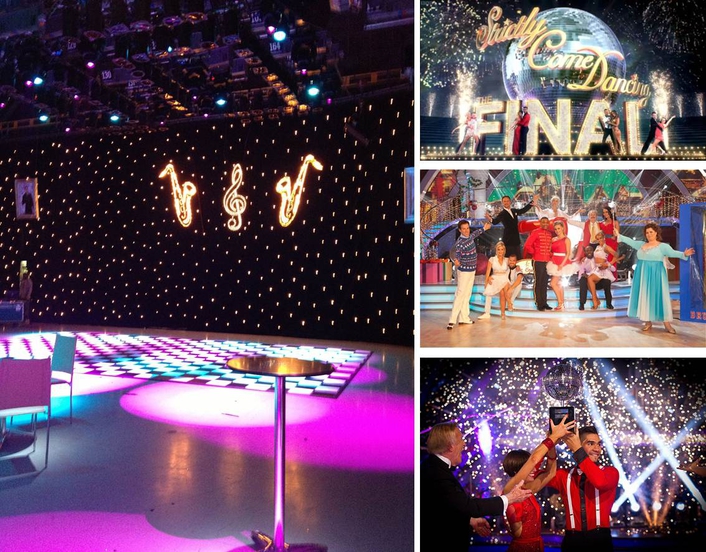 They also installed a video floor and RGB starcloth for the recording of different parts of ITV’s ‘Text Santa’ UK charity appeal telethon.