Presented by Fabio Fazio and Italian comedy actress Luciana Littizzetto this famous event, now in its 63rd year, has always enjoyed high production values, and working in cooperation with the scenic director, the RAI’s experienced lighting designer (and DoP) Ivan Pierri created different looks and stage personalities for each of the main performers, using 30 of SGM’s new SP-6 (‘Six Pack’) LED blinders to bring the 1900-capacity venue to life. The lighting was supplied by Di.Bi. Technology Srl of Rome.

“Each individual scene had its own identity and the lights needed to be in complete harmony,” said the LD. “I tried hard to realise a three-dimensional feeling, working with the contrasting chiaroscuros of each performer.”

The SP-6’s had first been introduced to him by Claudio Zampini, SGM’s Italian area manager. “He let me have some to demo — and I liked them a lot. They seemed perfect for creating high impact from the floor of the set, although of course the possible applications of a lighting bar with these characteristics are manifold.”

Ivan Pierri set the Six Packs in five horizontal rows of three under the orchestra platforms to the left and right of the stage. “This enabled them to be used as a conventional blinder but with the wonderful ability of being able to change colour in keeping with the rest of the scene. In future I will use individual lamp control which will enable me to exploit the full potential and features of this great product,” he said, adding that the fixture was very easy to control and programme. 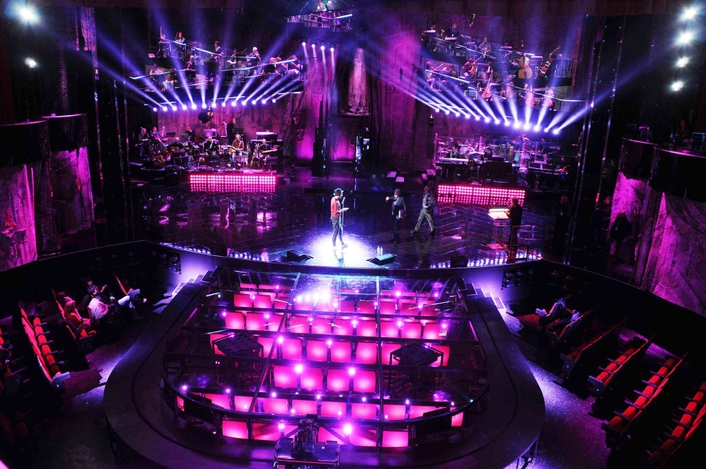 Already familiar with SGM technology, having previously used banks of Victory II scanners (which he describes as “legendary” for television broadcasts) the challenges facing Ivan Pierri were to create a look that would translate for both the live and broadcast audience — and creating this in 360°. The SP-6’s made a huge contribution in that regard, he confirmed.

Summing up, Pierri said, “The SP-6 really helped me make the festival more ‘joyful’ — they introduced technology and fun! The fixture responded to all my expectations and I consider them to be an excellent product for both live and TV use.”

The Festival was again directed by Duccio Forzano, and Ivan Pierri was assisted by lighting colleagues Quintino Caci and Fabio Gallotta at the console.

The competition itself was divided into two different sections. The major event, featuring 14 established Italian artists, was won by Marco Megnoni. The newcomers' section featured eight songs performed by debuting or little known artists — and the eventual winner was Antonio Maggio.