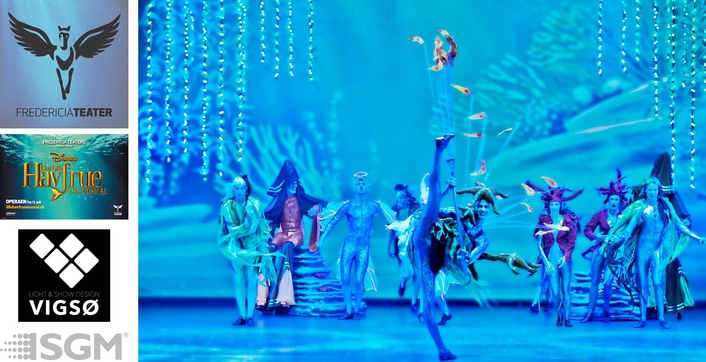 .
Although still only in the initial phase for Fredericia Theatre’s production of Disney’s The Little Mermaid – The Musical, production designers Anders D. Jensen and Jens Frausing already had their eyes on SGM’s LB-100 LED Balls; lighting designer Christian Vigsø had introduced them to the IP65-rated RGB pixel strings at one of his designs for the Kolding Light Festival — set in a much different outdoor environment. The production team was keen to use them in their attempt to reinvigorate theatre scenography, and once implemented, the result has lived up to all their expectations.

648 LB-100 - each measuring 0.85m and containing seven RGB semi-transparent LED balls – are driven by 18 SGM TLD-612A, run by a Hippotizer Rackoon and suspended from the roof as a curtain wall in different lengths with a maximum of 6 meters. Decorated with small pieces of cloth, the strings resemble sea grass for the show’s Under the Sea scenes. “We chose the LED Balls for this act of the show to bring life into the sea grass elements. And as the act evolves, we are able to animate them and broaden the colour spectrum from green shades to multiple colours, making them transfer into a show light. Normal LED strips would not be able to create the same effect for us,” Frausing explains. 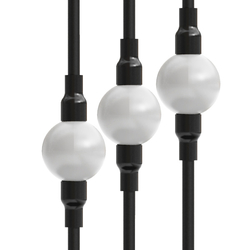 Another 216 LB-100 have creatively been built into a volcano setting for the villainous character Ursula, where they pulse underneath a linen cloth simulating a flow of lava. “It was awesome to have a product that we were able to animate to provide this pulsating effect while at the same time changing colours,” says Frausing.

As these balls, with a 360° viewing angle, form part of the decorative effect lighting, the task was in the hands of the production designers rather than the lighting designers. Anders D. Jensen explains: “The stage setup is constructed around massive LED screens, and the use of LED Balls makes it possible for us to blur the transition from graphical to physical elements through animation, bringing life and depth into this underwater setting.”

The two production designers are always looking to be inspired by new elements that can be adapted into their settings to revitalise the art form of theatre and continue to astonish the spectators. Fortunately, Vigsø Light & Show Design supplied exactly that element with the SGM LB-100. 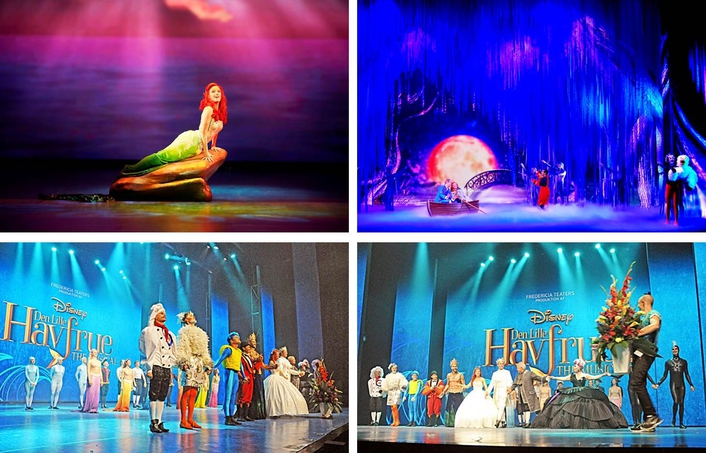 The production by Fredericia Theatre has been extremely well received; it opened by playing one month at The Royal Opera House in Copenhagen and then to have its revival premiere at Fredericia Theatre, where its running time has now been prolonged well into the fall. Already it has been declared the most-watched theatrical performance in Denmark in 2014, exceeding 90,000 sold tickets. 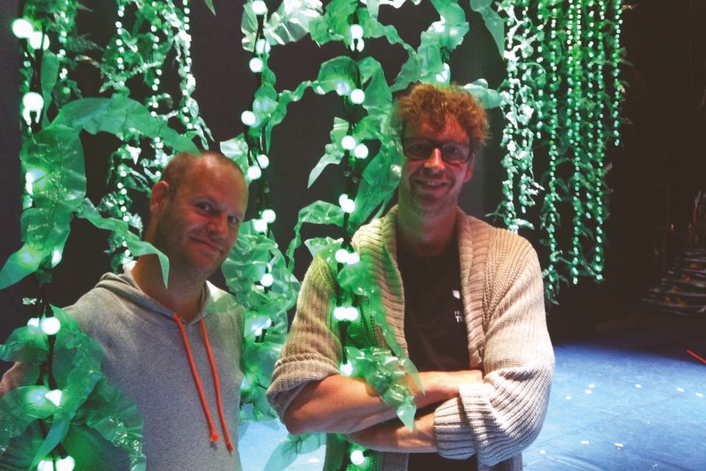 “We have received much positive response for our visual efforts; a lot of credit is also due to this product [the LB-100] that has enabled us to create an unprecedented space and an environment for this production,” Frausing concludes.