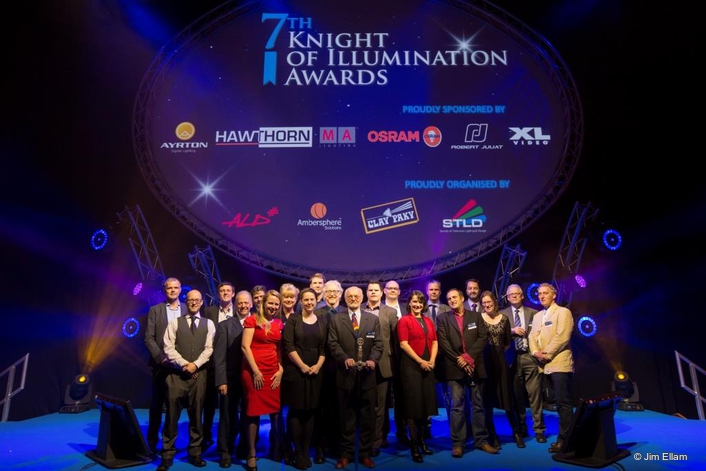 The ever-popular awards, organised by The Society of Television & Lighting Design (STLD), The Association of Lighting Designers (ALD), Clay Paky and Ambersphere Solutions, was established to offer public recognition for outstanding achievements in touring, television and theatre lighting and video design.

Hosted by prolific and popular lighting designer for the theatre, opera and ballet, Mark Jonathan, the winners for each category were announced as follows:

As is tradition, in addition to the TV, Theatre and Concert Touring and Events Awards the Enrico Caironi Award For Lifetime Recognition was presented to an individual whom the KOI committee feels has made an outstanding impact on the industry. This year, the coveted award was presented to Brian Croft who is perhaps best known for his work in Rock and Roll, notably with ESP Lighting, RFA Electrosound, Theatre Projects, Samuelson's, Eagle Trust and Vari-Lite productions but who is also a dedicated supporter of the National Youth Theatre since he began his career as a stage manager on its inaugural production in 1956.

Previous winners of this award include lighting designer Richard Pilbrow in 2011, Bryan Leitch in 2012 and Ian Dow in 2013. The category is named in recognition of former Clay Paky commercial director Enrico Caironi (1947 - 2011), whose inspiration and enthusiasm created and subsequently shaped the Knight Of Illumination Awards.

Lighting Designer Durham Marenghi who co-ordinates the Awards along with his wife Jennie had this to say of the evening: "What a fantastic celebration of lighting design  and video and projection design and this year supported by so many companies in the lighting and projection world. Although saddened by the passing of Clay Paky's founder Pasquale Quadri the event that he so passionately supported is now recognised as the most prestigious and wide ranging lighting design Awards in the UK and the evening was thoroughly enjoyed by all those who attended"

About KOI:
The Knight of Illumination Awards, organised by Clay Paky, STLD, ALD and Ambersphere Solutions, provides public recognition for outstanding achievements in Lighting Design by Lighting Designers working on productions in the UK.The Awards for "The Knight of the Illumination" are nominated and judged by a panel of professional reviewers working in the specific categories, selected and coordinated entirely by STLD and ALD, and the ceremony takes place annually in the autumn in London.