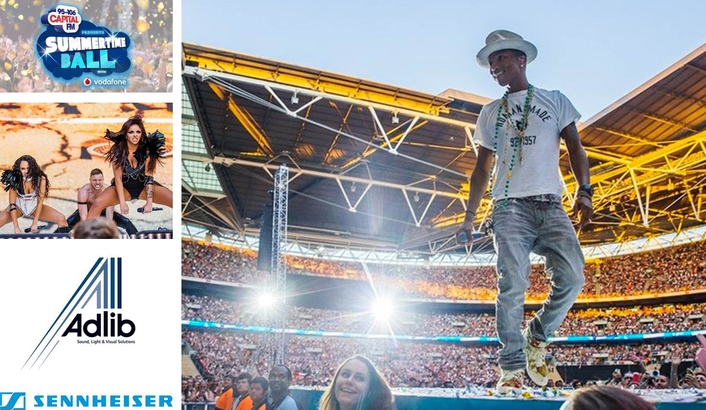 While the second half of June saw the eyes of the world focusing on stadiums across Brazil, the UK’s most iconic football stadium saw Sennheiser UK helping to deliver a Ball of a very different kind.

The 2014 Capital Radio Summertime Ball took place at Wembley Stadium on 21st June and featured a artist line-up which read like a Who’s Who of contemporary pop and DJing talent with 22 high profile names gracing the Wembley stage throughout the day. 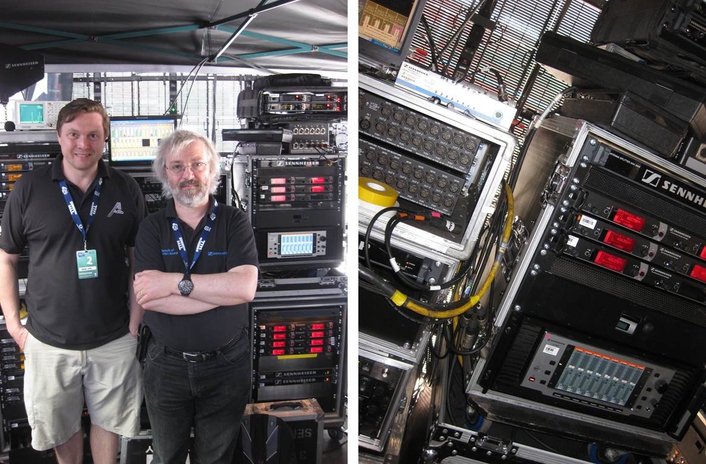 As in previous years, Sennheiser UK provided support and technical backup to the Ball’s audio provider Adlib. Sennheiser in-ear monitoring was exclusively used throughout the entire event, while the company’s wireless microphone systems were also extensively in use.

“With 22 acts playing at such a big show, managing all of the wireless requirements was a complex task,” says Adlib’s Dave Kay. “However, with the tremendous support offered by Sennheiser’s Mark Saunders (PSN Customer services award winner of the decade) and Sennheiser UK’s chief engineer Andy Lillywhite, this makes the whole process achievable. 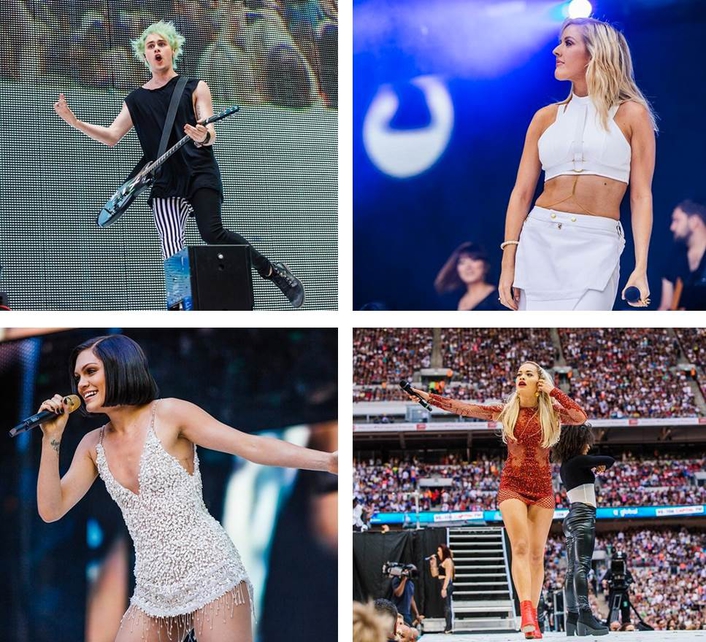 “Adlib’s recently purchased Sennheiser ACA1 receiving antenna combiner made the Antenna distribution much cleaner with a lower noise floor. This product is very transparent and reduces the cable and combiner losses that are usually apparent and meant that we didn’t have to boost the RF signal before the receivers, which would previously increased the noise floor. The ACA1 worked flawlessly throughout.”

“We were really pleased to be asked back again by Adlib to the Capital Summertime Ball,” says Sennheiser UK artist relations manager Mark Saunders. “It is a complex and very RF heavy show but Andy Lillywhite [Sennheiser UK’s Chief Engineer] and I worked closely with Adlib and the artists’ engineers, we helped to deliver a memorable day’s entertainment for the 80,000 strong-audience.

“We are very proud of the fact that Sennheiser IEMs were exclusively used throughout, demonstrating how many artists and audio professionals trust Sennheiser to deliver high quality, glitch-free audio, even in a challenging environment where so many RF channels are in use.”