Sennheiser Rocks (and Rolls in the Deep) with Big Grammy Winners 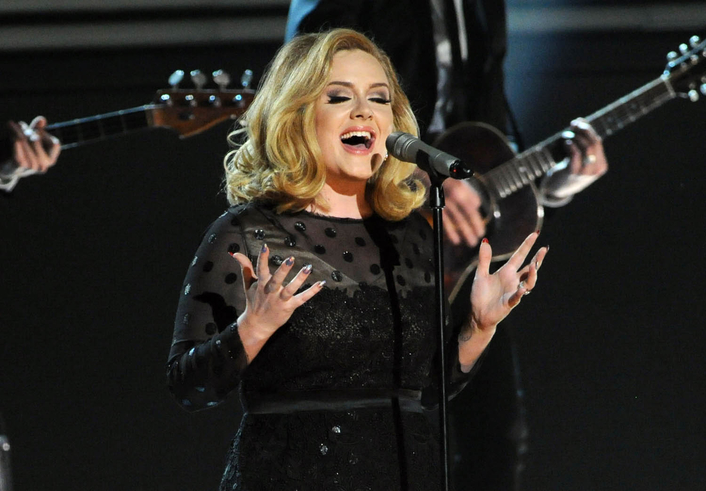 Adele
This year’s Grammy Awards event, hosted by LL Cool J, celebrating music’s biggest night, went down in history as the second highest rated telecast since the show’s inception in 1959. It was a phenomenal undertaking showcasing nearly thirty diverse musical performances on multiple indoor and outdoor stages, along with a very last minute tribute celebrating the late Whitney Houston. So when Sennheiser artists took the stage, their engineers knew they had to have Sennheiser microphones to assure their performances would go off without a hitch.

Adele, the big winner of the evening, tied the record, set two years ago by Beyoncé, for the most awards won by a female artist in one year. The 23-year-old pop-soul singer won the night’s most prestigious awards, including Album of the Year and Best Pop Vocal Album for 21, Record of the Year, Song of the Year and Best Short Form Music Video for the single “Rolling in the Deep,” and Best Pop Solo Performance for “Someone Like You.”

The most highly anticipated performance of the evening finally arrived when Adele took the stage to perform “Rolling in the Deep.” Her favorite nickel-finish Sennheiser SKM 2000-XP wireless handheld transmitter with MMK 965-1 capsule conveyed her beautiful voice to the adoring crowd. Dave McDonald, Adele’s front-of-house engineer, said, “It’s a great microphone. We started using it just after the Brit Awards in February of last year, and she’s loved it ever since.” He adds, “Ninety-nine-point-nine percent of the equipment we use is Sennheiser – and the point-one percent is Neumann.” Her performance brought the Grammy audience to its feet for the longest standing ovation of the evening.

The band rocked the stage twice during the Grammy broadcast, performing “Walk” from a tent on Nokia Plaza, adjacent to the Staples Center, then returning to play “Rope” during the electronic dance music segment with David Guetta, Chris Brown, Lil’ Wayne, and deadmau5. Frontman Dave Grohl made use of his usual Sennheiser MD 431 II vocal mic on both songs. Ian Beveridge, Foo Fighters’ longtime monitor engineer, spoke highly of Dave’s vocal mic: “I love that microphone to death. That microphone is so unbelievably flat in the high-end, and incredibly stable with moisture and temperature. During their shows, we used to have terrible instability problems with other microphones, and I was going through maybe four, five or six microphones a show with Dave, swapping them out. Now, I keep the 431 for the whole show. I can’t remember the last time there was any feedback during Foo Fighters’ show. And these Grammy performances were no exception.”

Bruno Mars, channeling James Brown with his energetic, throwback performance of “Runaway”, had the singer using an SKM 2000-XP with MMD 945-1 capsule. James Berry, monitor engineer for Mars shared, “Sennheiser products have great sound and reliability. We could not have done it without Sennheiser. I’m always grateful for their gear and support in making it happen under the stress of a live event like the Grammys.”

Other Sennheiser users got to shine during the show, too, including the evening’s host, LL Cool J, who made use of an SKM 5200. Alicia Keys sang a duet with Bonnie Raitt in memory of Etta James through her SKM 5200-II vocal mic with MD 5235 capsule. Katy Perry made a memorable entrance, descending in a glass box with her baby blue hair and her SKM 5200-II/MD 5235 combination to perform her new post-divorce song, “Part of Me.” During a medley honoring and featuring Glen Campbell, Blake Shelton performed the songwriter’s “Southern Nights” using his SKM 5200-II /MD 5235 vocal mic. Tony Bennett, in a duet with Carrie Underwood on “It Had to Be You,” also used an SKM 5200-II.