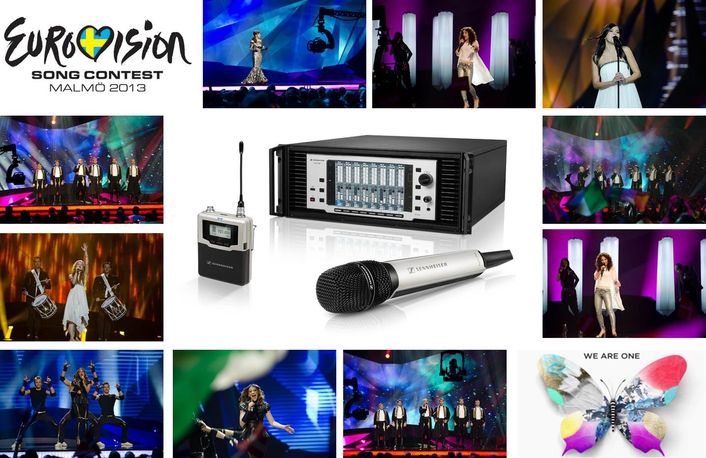 Sennheiser is the official technical equipment provider for the 58th Eurovision Song Contest: microphones and IEM solutions from the audio specialist will ensure that the guests at the Malmö Arena and a TV audience of around 125 million will be able to experience the songs in optimum quality. To achieve this, Sennheiser is working closely together with Markus Müller (MM Communications), who will preconfigure and supply the wireless systems. For the first time, Digital 9000 systems will be used for the two semi-finals on 14 and 16 May as well as for the Grand Final on 18 May. Jonas Næsby, RF specialist at Sennheiser Nordic, will be present at the arena to provide the Eurovision Song Contest 2013 with expert support in operating the RF equipment.

This year, the Eurovision Song Contest (ESC) will be a little more down to earth than previous shows, it will be a somewhat smaller but finer contest that focuses more on the music itself.

To provide the specified 96-channel wireless microphone system, Sennheiser has worked closely together with the Berlin-based rental company MM Communications, which is experienced in the ESC and which owns a large contingent of Digital 9000 systems. The wireless monitoring systems from the 2000 series – a total of 40 transmitters and around 160 receivers – also come from Berlin, as well as another eight wireless systems that will be used for broadcasting from the press centre. Commenting on the Digital 9000 system, owner Markus Müller said: “The quality of the new Sennheiser systems is just incredible! Digital 9000 is linear in operation – the transmission quality is as good as in a wired system. As far as I know, the system is currently the only digital wireless solution worldwide that transmits audio signals without any sound losses.”

Rigorous testing
Markus Müller and his team were already able to gain their first practical experience with the microphone system at ESC 2012 in Baku. There, a test system was operated in parallel to the wireless systems from the 3000/5000 series that were used for the show. “For me, the new EM 9046 receiver is a worthy successor to the EM 1046,” explained Markus Müller.

Before finally purchasing the equipment, the rental company once again put the system through rigorous testing. One focus was on the two transmission modes: High-Definition mode with completely uncompressed audio transmission and Long-Range mode with a codec to extend the range under difficult transmission conditions.

“Both modes function perfectly and are both highly impressive with their individual ranges,” said Markus Müller. “HD mode is certainly superior in terms of audio quality in technical measurements, although the differences are barely audible in live situations. The main distinction between the two modes is in their range. At full definition in HD mode, we have achieved a range of up to 250 metres in tests without any loss of audio quality, which is impressive even when directly compared with analogue wireless systems. In Long-Range mode, we were easily able to cover 800 metres, and we actually ended the test at that point because such a distance is more than sufficient for any kind of application. We measured these figures for a single channel, and we expect ranges to be somewhat shorter in complex RF environments.” 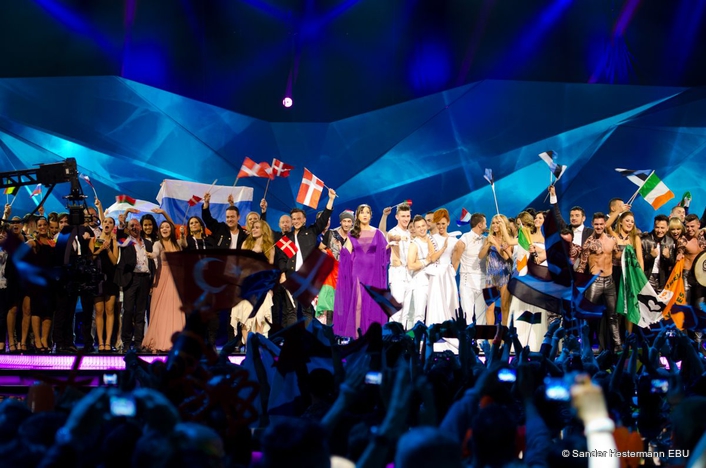 The 10 winners of the first Semi-Final

Passion for sound
“We are extremely pleased with the trustful cooperation with MM Communications. The perfectly configured system is already in operation at the Malmö Arena,” said Dr. Heinrich Esser, President Professional Systems at Sennheiser. “Passion for perfect sound can be seen in every part of the world’s biggest live music event, and with the new Digital 9000 series, the Eurovision Song Contest has set a new benchmark for sound quality.”

ESC 2012: Sennheiser Prov...itoring for the 25th Time
Sennheiser Wireless for the ESC 2011