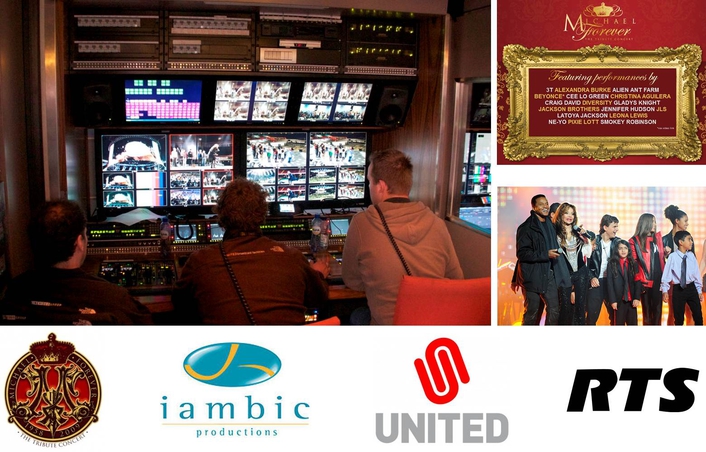 UNITED, formally Cinevideogroup, was commissioned by the production company iambic to record the concert
Pop icon Michael Jackson may have passed away two years ago, but his music lives on. Proof of this was provided recently by the show "Michael Forever – The Tribute Concert" in Cardiff, Wales. Over 40,000 fans flocked to the Millennium Stadium to hear the King of Pop’s greatest hits performed live by superstars of the calibre of Beyoncé, Cee Lo Green, and Christina Aguilera, as well as a number of Michael Jackson's siblings. It was an exclusive event with enormous media interest.

On behalf of the Bristol-based TV production company Iambic, Dutch facilities company UNITED was charged with recording the concert. The challenges for Bolke Burnaby Lautier, Manager Operations Sports and Events, and his approximately 55-strong team were manifold, and included a very tight set-up schedule and the need to record the show in 3D format, so enormous importance was attached to ensuring flawless communication between all members of the production team. This meant that it had to be possible for the various cameramen, staff in the control room, and the rest of the UNITED team to be able to communicate seamlessly with one another as and when needed.

The communications infrastructure was provided by equipment from RTS/TELEX. The nerve centre being an RTS Advanced Digital Audio Matrix (ADAM) with a 144 x 144 port configuration. Nineteen KP-12 and twelve KP-32 keypanels were connected to the matrix. ADAM matrices can be fitted with a variety of interfaces (including AIO-16, AES-3, MADI 16+, and RVON-16 VoIP cards) and a single frame can be configured for up to 464 users (ports). Eight RTS 2W/4W interfaces and twenty-five BP-325 belt packs also formed part of the communications provided for the Cardiff production, proving particularly useful in the case of the 3D rigs, which were not equipped with integrated intercoms. 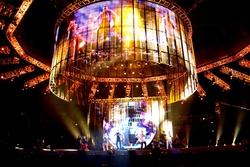 Bolke Burnaby Lautier comments: "The quality of RTS/TELEX systems is simply excellent. Even at very loud events like this, they offer a high level of communications comfort. You could hear each person that was speaking very clearly at all times." This, of course, came as no surprise to Lautier, as the Dutch broadcast professionals have long relied on RTS/TELEX systems. "We have had years of positive experience with them", explains Bolke Burnaby Lautier.  "They are technologically advanced, very easy to set up and customize, and highly reliable." The importance of this last consideration cannot be overstressed, as Lautier himself makes clear: "Intercom systems are our first line of defence. If communications go awry, the whole production can go downhill very rapidly."

At the four-hour event in Cardiff, RTS/TELEX systems once again lived up to their excellent reputation. "The recording went like clockwork and all the equipment functioned flawlessly," reports Lautier, adding: "but, then again, that was what we expected."

About "Michael Forever – The Tribute Concert"
"Michael Forever - The Tribute Concert" was held on October 8, 2011 in the Millennium Stadium in the Welsh capital of Cardiff. At the concert in honour of Michael Jackson, Christina Aguilera, Beyoncé, Cee Lo Green, Craig David, the Jackson Brothers, and La Toya Jackson were among the artists appearing. Jamie Foxx and Fearne Cotton emceed the event. The proceeds of the concert were shared by the AIDS Project Los Angeles and the Prince's Trust.