The Eurovision Song Contest is a world class event. In its live broadcast to more than 100 million spectators worldwide the ESC has set new standards for live television.  An additional challenge this year was the erection of the Baku Crystal Hall Arena, which hosted the event, and which was built in only seven months with construction starting only in September 2011. This meant that the technological infrastructure for the ESC was set up alongside the construction work. Just as in previous years, the organizers used a media network infrastructure from Riedel Communications to distribute the event's video, audio and communications signals.

At the heart of the installation was Riedel MediorNet. The fiber based real-time network transported the majority of the event's signals. 40 HD and SD video signals were distributed within the arena – amongst them the broadcast feed and the signals for the on-site video walls and monitors. Since MediorNet allows the transport of different signal types over a single infrastructure, it significantly reduced the amount of effort required to prepare for the event. This approach offered the great advantage of extreme flexibility in terms of enabling routing changes or changes to the setup itself on short notice. This was especially important because of the tight deadline of building the arena itself. 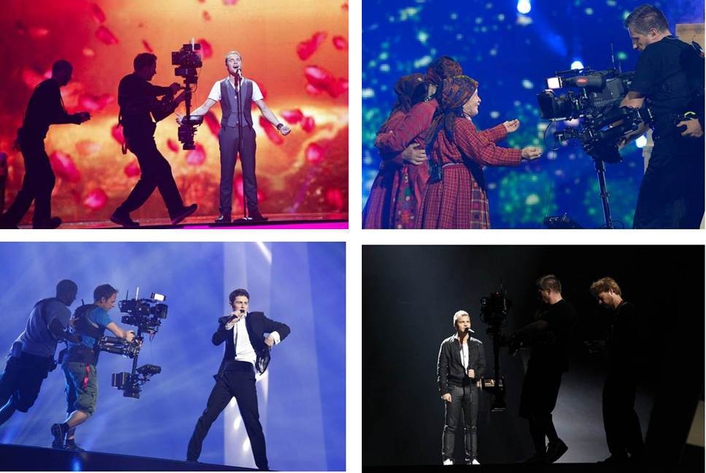 Like it has also done in years past, Riedel provided the communications infrastructure for the ESC. Riedel furnished a system combining Artist Digital Matrix Intercom with digital trunked radios (TETRA) and professional analog radios. A total of 13 Artist 128 and Artist 64 mainframes were used as well as 82 Artist control panels including panels from the Artist 1100, 1000 and 2000 series. Nearly 900 Artist ports were available via the intercom matrix. Artist's free scalability allows systems to be built with up to 1,024 x 1,024 ports.

Furthermore, Riedel equipped 25 commentator booths at the Eurovision Song Contest. The Artist CCP-1116 Commentary Control Panels allow for two commentators to independently use the same commentator unit. An additional freely assignable intercom control panel expands the flexibility even further. The connection to the matrix and the transport of the audio signals is taken care of by a simple AES3/EBU link over CAT5 cable. The connection between the commentators and their respective broadcast studios is accomplished with Riedel Connect Trio interfaces which provide the needed regional ISDN codecs for individual countries. 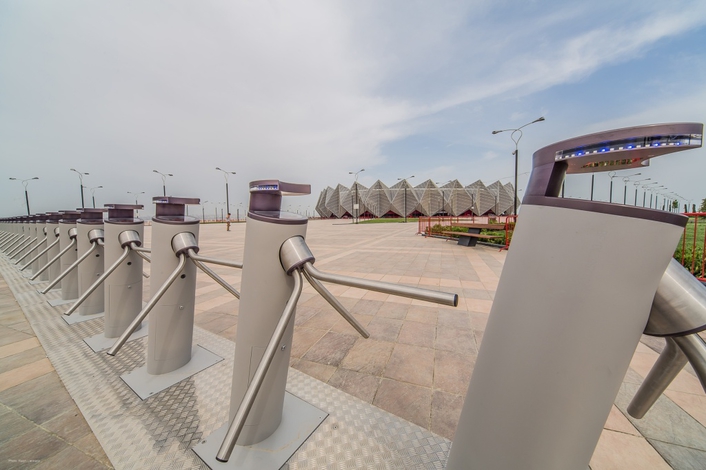 DECA Turnstiles at the ESC 2012

For the first time Riedel was also responsible for the accreditation and access control services of the ESC. DECA Card Engineering, a Riedel subsidiary, provided the turnstiles, scanners and RFID reader systems used in Baku as well as practical know-how on site. Riedel also handled ticketing for the Eurovision Song Contest.