.
An all-Robe moving light rig took its place in the ring for the 2013 Golden International Circus Festival  which ran over three weeks through December and January at the Theater Tendastrisce in Rome, Italy.

Some of the best international circus acts in the world were presented by Liana Orfei in the show produced by Golden Production Srl to thousands of delighted circus fans as the event celebrated its 30th season. 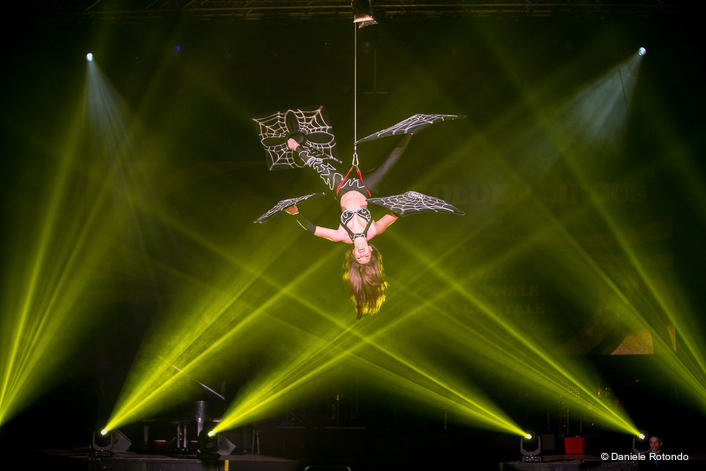 Tomasino takes up the story, "I chose to combine these two excellent Robe products because I knew their potential was exactly what I needed”.

He’s used LEDWash 600s many times before on tours, concerts and musicals, however it was his first time incorporating Robe’s new multi-purpose Pointe fixture into his art.

Tomasino reckons that Robe products generally have “Everything a lighting designer requires for a great variety of work. I have used them on so many different genres of performance … and always had good results," he declares.

With a sophisticated but clear and well defined lighting design, Tomasino kept the Golden International Festival action highlighted and right at the centre of everyone’s attention, in the process creating a completely new lighting concept from anything previously seen in ‘typical’ circus shows …by positioning most of the lights at floor level.

Around the perimeter of the ring were 14 x Pointes and 14 x LEDWash 600s which were used to reveal the acts and add extra drama to their shows. This was a careful operation as neither performers or the audience, who were in very close proximity, could have any light spillage into their eyes. 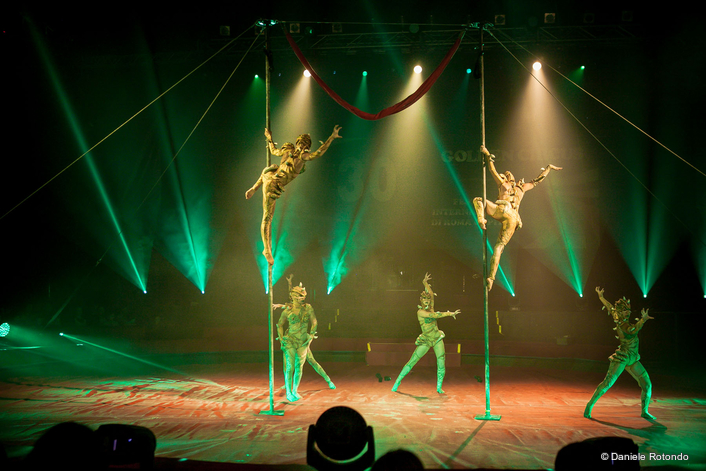 Another five LEDWash 600s and the 10 x Pointes were up in the air on trussing for high backlighting effects, with the remaining five LEDWash 600s rigged on the front truss and generally washed the whole performance space.

The 14 x LEDWashes on the floor filled the entire space with colour and panache. They were used for a plethora of effects – fast and slow movements and other fabulous looks to accompany the various acrobatic routines and crowd enthralling antics.

The 14 LEDWashes around the ring were used for general scene-setting functions and also as ‘practicals’.

Tomasino really appreciated the sheer power of the LEDWash 600s and the ability to switch quickly between strong and intense saturated colours to the various colour temperature whites of 3,200 K or 5,600K.

The 14 Pointes on the floor were "extremely powerful and versatile” and used to bring a special three-dimensionality to the space. "Specifically I used the gobos, directing them upwards with minimum zoom … and the results were spectacular: a column of lights ‘wrapping’ around a circular space changing colour and shape”.

The Pointes used for the high level backlighting ensured there was a different background for every performance! 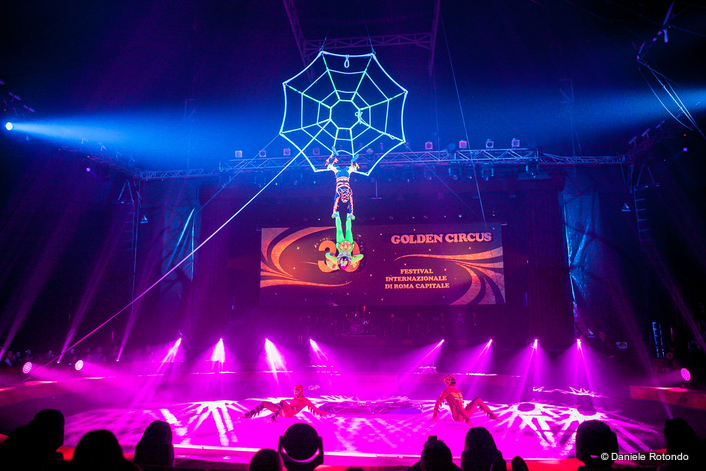 In addition to the great creativity offered by the fixtures, he likes their near silent operation. This was a determining factor in the choice of the lights for The Golden International Circus Festival  because most fixtures were close in proximity to the public, so it was essential that they were not distracting!

Tomasino confirms he will definitely be using the Pointe again in his work, describing the fixtures as a "must-have” for using as a wash, spot or beam or for effects.

The lighting system was programmed and run day-to-day by Claudiu Dinca, and all the Robe fixtures were supplied to the Festival by rental company N.I.T. Rome. 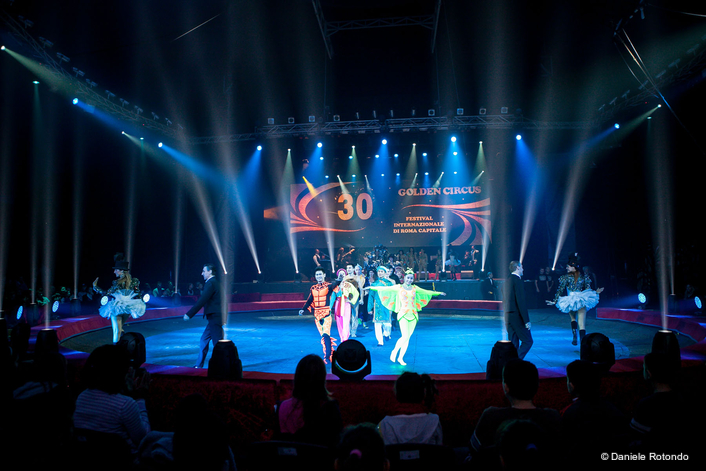 The festival’s  promoter was Paolo Prestipino, Liana Orfei was the curator and Artistic  Director, and the run of shows included a special TV recording which was directed by Luca Landi and broadcast on Sky.