Super Bowl XLVII was held at the Mercedes-Benz Superdome in New Orleans with global music icon and 16 time Grammy Award winning Beyoncé topping the Half Time Show bill. Her show-stopping performance has been acclaimed by many as the ‘best ever’ Half Time show!

It was broadcast worldwide … and is the most-watched musical event of the year! Apart from that, the game itself pulled an impressive 108.4 million viewers, making it the third-most watched program in U.S. television history.

It was the fourth time that Al Gurdon has lit the Half Time event, an NFL Production executive produced by Ricky Kirshner and directed by Hamish Hamilton. 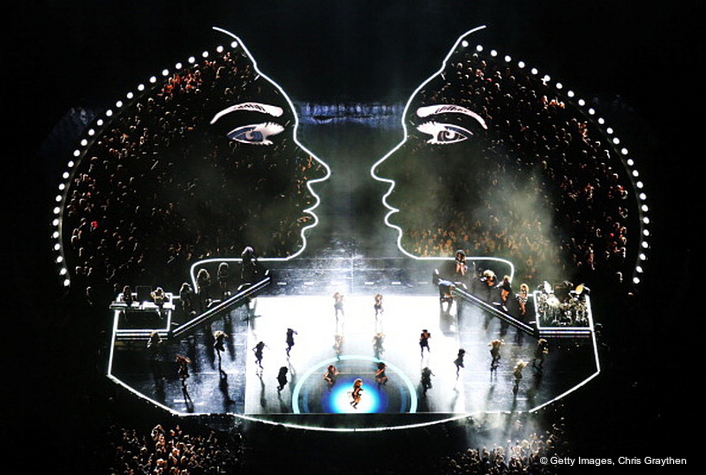 He used the LEDWash 600s on the floor to side and back light Beyonce and the dancers, “I like the LEDWash 600 because it’s a really bright unit for its size” he comments.

Al’s first experience with the LEDWash series was using both the 600 and 1200 LEDWash fixtures on Madonna’s recent MDNA tour.

Beyoncé further captivated the audience when joined onstage for three songs by her Destiny's Child bandmates Michelle Williams and Kelly Rowland. At the end for the night, the Baltimore Ravens defeated the San Francisco 49ers in the game!