Gaskell has been working with the chart-topping rising stars since 2013. This tour has been ongoing since last summer as their success and popularity continues to rise exponentially on the back of their debut studio album, ‘Home’ and their energetic live performances.

The Robe count on this tour which played theatres and arenas included 28 x ROBIN MMX Spots and 34 x ROBIN LEDWash 600s which were the backbone of the rig. 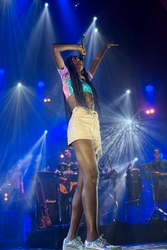 His starting point for the design was again the famous Hackney Peace Memorial mural backdrop, created for stage by Hangman using a special new technique involving two images, one on the back and one on the front of the cloth, which represented day and night versions of the main image.

The lighting rig was based on three overhead trusses and six vertical truss towers on floor bases onstage. The towers measured 6.5, 6 and 3 metre heights – the highest upstage – and the perspective drew the audience’s gaze towards the elaborate backdrop.

The Robes were scattered on the mid and rear overhead trusses and on all the towers. Both the mid and back trusses featured six MMX Spots and six LEDWash 600s.

The largest two pairs of towers were each rigged with two LEDWash 600s while the 3 metre pair had an MMX Spot. 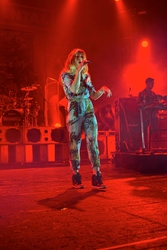 Gaskell has been using various Robe fixtures in his work for some time. He likes the MMX Spots for their “Great gobos and brightness”.

On the LEDWash 600s he comments, “The colours are also excellent, they are very bright units and the individual ring control is very cool for certain numbers”. These include more dancey tracks where he maxed out with four half mirror balls, sometimes using just the centre ring of LEDs on the LEDWashes for a thin LED defined beam.

For another number he used just the outer ring of LEDs. “They are really versatile and you can really keep the same fixture looking interesting for a longer time,” he elucidates

They only had two trucks on the tour, so the 34 x LEDWash 600s cased were a really tidy pack and very expedient on space. “They are basically great value and very economical in all aspects for the amount of coverage that you can get”. 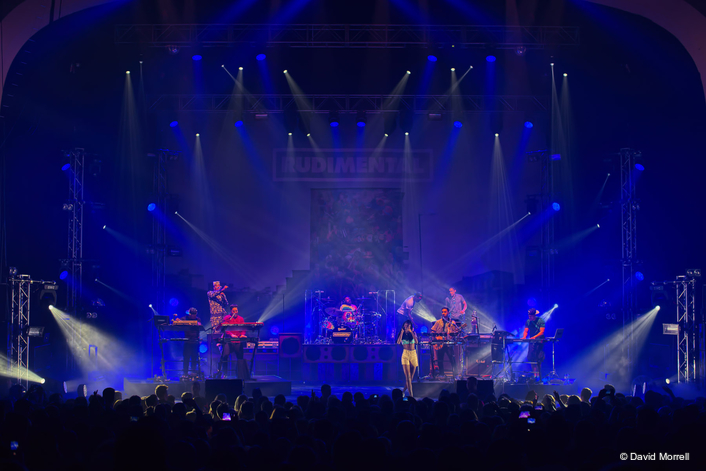 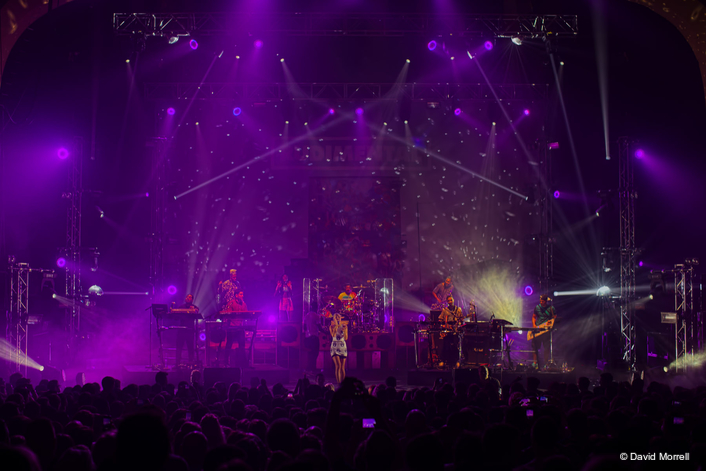 He also used Robe products last year for acclaimed US electronic dance act Hot Natured, and he specs both MMX and LEDWash 600 whenever possible.

All lighting kit for the latest Rudimental UK tour was supplied by west London rental specialist Colour Sound Experiment, a company that has made major investments in Robe over the last five years.