Robe Rocks One Night At Wembley with All Time Low 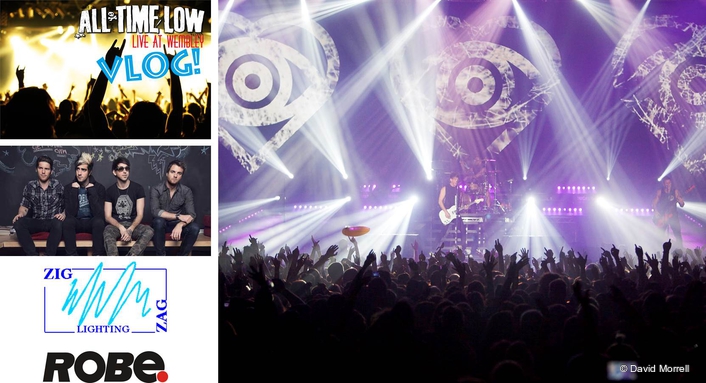 .
Boston USA based Lighting Designer Jeff Maker relished the chance to use 135 Robe moving lights including 18 x BMFL Spots for a super high profile and very special one off / DVD shoot show at Wembley Ariana, London, UK, for lively US punk rock band, All Time Low.

The gig – their biggest ever to date in the UK - sold out in just a few days and was preceded by a short 7 date jaunt around Europe. It also came just a month after All Time Low finished a double headline UK arena tour with You Me At Six, so, with the proximity of this still in fans’ minds, Jeff designed a completely new overhead lighting scheme for the Wembley event … and retained the core high-impact floor package from the co-headline tour, adding some new elements so he could create an eye-popping new visual extravaganza that would feel great live and look awesome on camera! 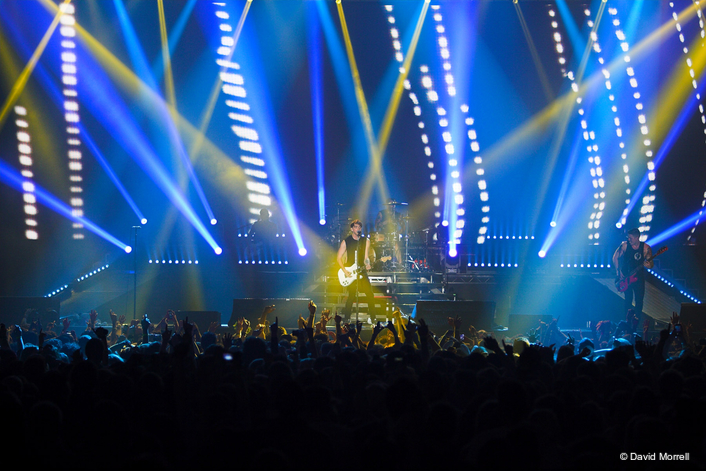 Other changes to the staging included the addition of two 10ft stage wings with steps leading up to them which extended the potential for the band to get close to their fans – their shows are highly interactive and they’re renowned for having a great rapport with audiences. A ‘B Stage’ was also added at the FOH position so lead singer Alex Gaskarth could perfume two acoustic numbers mid-set and get close to those fans in the middle of the room.

As soon as the gig was confirmed, Jeff’s brain started ticking over with many ideas – he codenames all his lighting designs after stars or constellations as he’s obsessed by space although stops short of describing himself as a ‘space cadet’  … and named this one ‘Aurora’.

“I wanted to establish multiple layers and levels, creating steps up to the ‘sky’ that peaked at the highest point above the stage – a concept that has been explored before,” he explained, “But I wanted to do it in a new and unique way”.

He also wanted the BMFL Spots to be the “Main event” of the design. 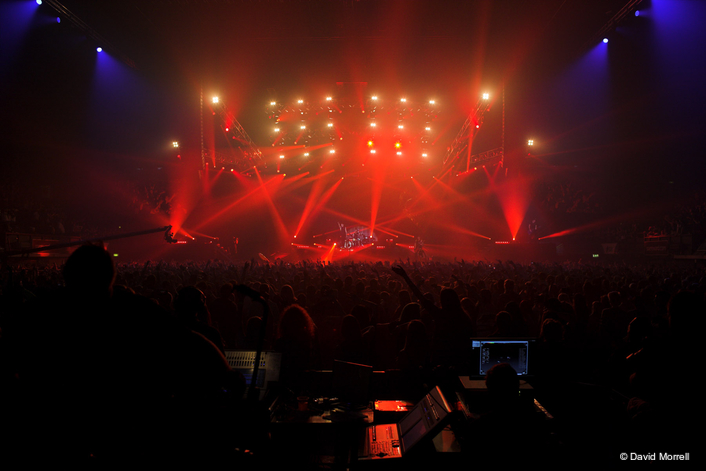 The structural backbone of Aurora was three V-shaped trusses flown at different heights, with downstage being the highest. Upstage of these, a curved video truss was rigged –slightly lower than the upstage (low) V - to facilitate three LED surfaces, and both stage left and right were two ‘fingers’ flown at two different angles.

On each of the three V trusses were six BMFLs together with eight LEDBeam 100s, four strobes, six 2-cell DWEs and four LED PARs.

He put the BMFL Spots at the heart of the stage for two reasons. Firstly to ensure they had a fixture that could punch through and also dominate the brightness duel with the upstage video screen and their generally strong content.

Secondly, with the versatility of the BMFL Spot and the positioning at the core of the performance area it would allow him to really amplify the energy of the band’s performance, as ‘hi-energy’ is exactly what personifies the BMFL.

He used the zoom, the gobos, the perfect colour mixing, crisp focuses, the “seemingly endless” throw and mega-fast shutter and movement speeds extensively. 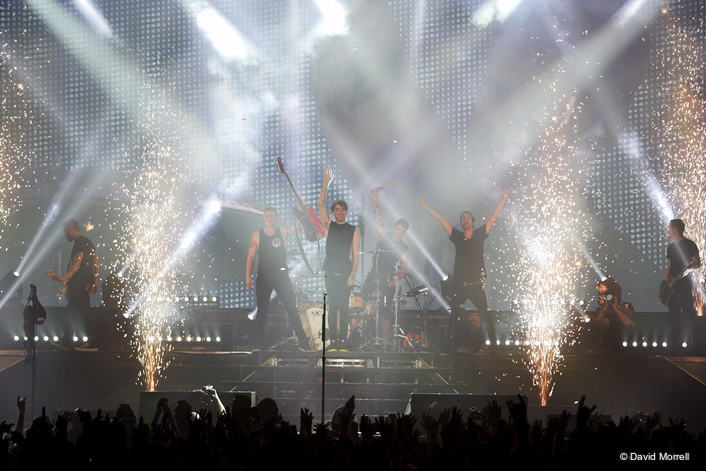 “The BMFL is by far my favourite fixture to be launched in the past few years,” he concluded, adding that “It’s setting new standards in a class of its own”.

On the upstage video truss were 10 Pointes, five strobes and six LED PARs.

Illuminating the audience – all important for the DVD record - were 16 x LEDWash 600s and four 4-lite linear Moles divided between house right and left.

His aim with the Pointes was to surround the whole stage with Pointe beams so they were ‘hugging’ the whole rig, coming together to accent its shape and structure whilst not getting lost in the mega-mix of visual and sonic activity!

He comments that the Pointe can keep up with ”The best of them”. It’s fast sharp and he loves the 6-facet prism. The Pointe was essentially the ‘light framework’ of the ‘painting’ that was Aurora. 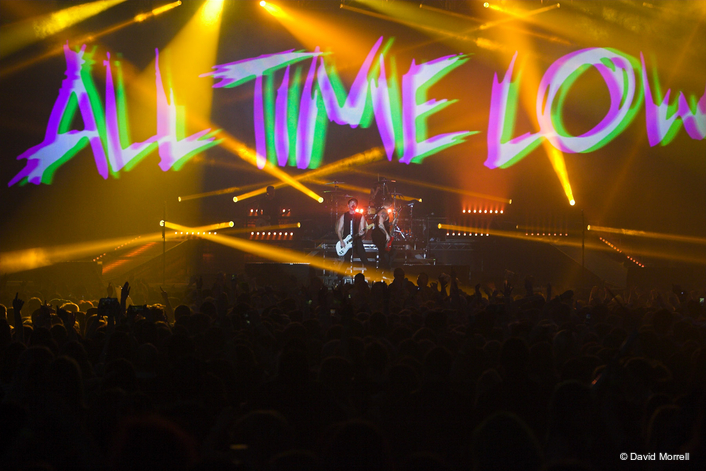 For Zig Zag, the gig was another great show for their BMFL Spots. “I am extremely happy with the purchase,” confirms MD Neil Hunt, “I definitely made the right decision to invest in BMFL Spots”.

Joining Jeff on the crew at Wembley, where they had a get in day followed by the show day, were Neil himself, plus Project Manager Tom Clifford-Loynes and Crew Chief James Britten. The Lead Lighting Tech was Patrick (Paddy) Sollitt and he worked alongside a great team of Tom Derhem, Jon Morris and Tom Rawlinson.