Robe Pointes Dance For A Dream 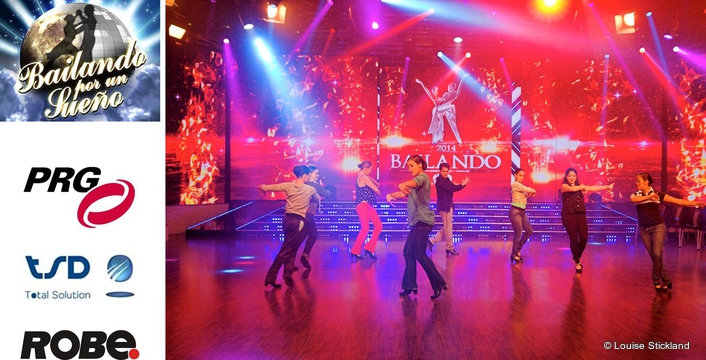 .
Argentina is a country passionate about dancing, and "Bailando por un Sueño " (Dancing For a Dream), a segment inside the wider ‘Showmatch’ programme on El Trece (Channel 13), is one of the most popular reality / talent series’ on Argentinian TV. For the latest series, Lighting Designers Pablo Leguizamon AKA 'La Nutria' and Esteban Leguizamon specified Robe ROBIN Pointes to help capture the action.

The series ran its ninth season in 2014, produced by Ideas del Sur, it was recorded in Romina Yan Studio in downtown Buenos Aires in front of a very enthusiastic live audience of 500. Non celebrity amateur dance ‘dreamers’ are paired with celebrities and have to demonstrate their talents in various dances, which have included K-POP and Aquadance. In addition to their dancefloor skills they also have a chance to interest viewers and the cameras with various extra-curricular activities of their choice. This is a random twist away from other dancing contests ... But it certainly keeps the ratings up!

Lighting for the series was supplied by PRG Argentina. The total number of Pointes peaked at 48 and was modified week-to-week according to the needs of other programmes being recorded in the same studio.

The Pointes were chosen for the dynamics they brought to the dancefloor! One of the challenges was to keep the lighting looking fresh and different for each couple and each section of the show, as well as for the myriad of styles and genres of dance ... With up to four screenings per week at the peak of the series.

Series’ Lighting Director Ruben Abeldano has worked for Ideas for 13 years, and first used Pointes on Showmatch’s ‘Cantando por un Sueño’ (Singing For a Dream) in 2013, shortly after the product had launched.

It was after that very positive experience that they decided to specify Pointes again for Bailando.

"The Pointes are now the most important part of the rig," he declares. 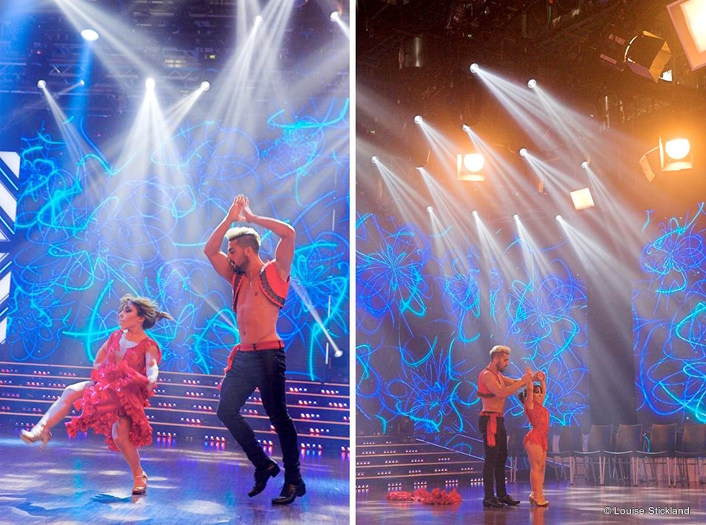 He likes them for their power. With multiple LED screens on the set, they needed bright fixtures, and making this requirement even more crucial was being limited in the amount of smoke used due to the small size of the studio, but the Pointes are so bright that they ‘held their own’ with no problems.

For Ruben, the speed of the lights is really important – on dancing programmes everything moves very quickly! He also likes the colours and the gobo selection> "All these features are great for TV lighting," he says.

He has also been impressed with how the Pointes handled the intense work schedule, running constantly for around 8 hours during the shoot days ... often without air conditioning. They have had no problems at all with the fixtures over the 9 month period during which Bailando was enthralling viewers.

The fixtures took the humidity and condensation of one water-themed episode in their stride - a full pool was installed in the studio, complete with rain effect showers overhead, so the dancers could perform in these when wet!

It's the first time that co-LD Esteban Leguizamon has used Pointes, but he is very pleased with the results. He appreciates the frost effects and, like Abeldano, the speed. One of his favourite looks is using them in wash mode facing right into the camera.

He comes from a touring background but really enjoys the crossovers in lighting bands and this style of fast-paced TV with the high energy buzz of Bailando. 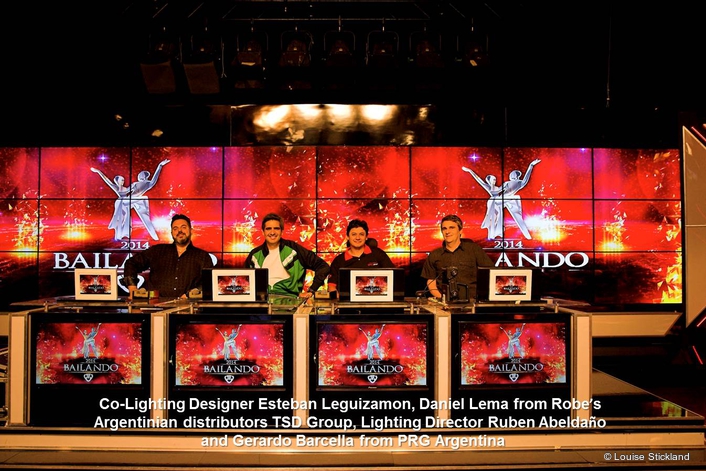 While they know the main dance routines that will be performed ahead of time, the shows are all run completely live, so the key is to have flexible lighting and the latitude to deal with scenarios that might arise unexpectedly and last minute, so the whole production team has to be able to think on their feet!

Esteban says that they will definitely be using Pointes again next year.

Lighting was programmed on a grandMA full size by Esteban and Pablo Leguzomon, and run by Esteban for the series.

Bailando por un Sueño was directed by Alejandro Ripoll and the Executive Producers were Frederico Hoppe and Pablo Proda.