.
Karel Gott is the best known and most successful ever Czech singer. His  incredible career spans over 50 years and has been highly innovative, spawned numerous international hits, selling millions of records, earning multiple awards plus a devoted following as well as having to embrace political expediency during the years of (then) Czechoslovakia’s Communist years and under occupation by the USSR.

He arranged a massive farewell tour in 1990, which was such a huge success … that he decided to continue his musical career to the delight of his fans both in the Czech Republic, Germany, the many other ex-Soviet Bloc countries where he also has a huge following as well as his international fan-base. He has also become an accomplished painter. 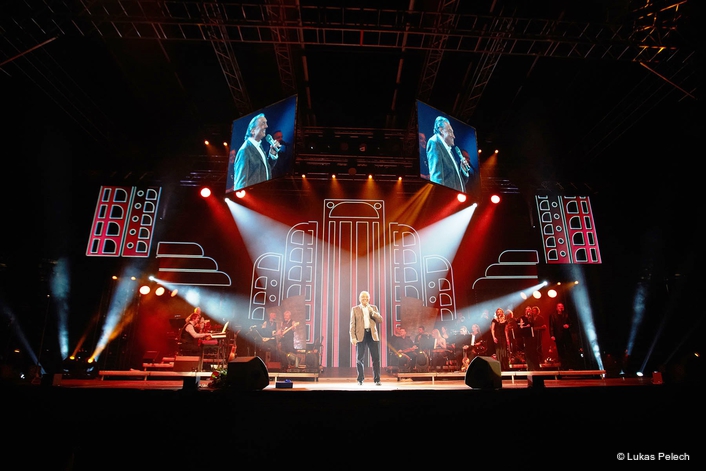 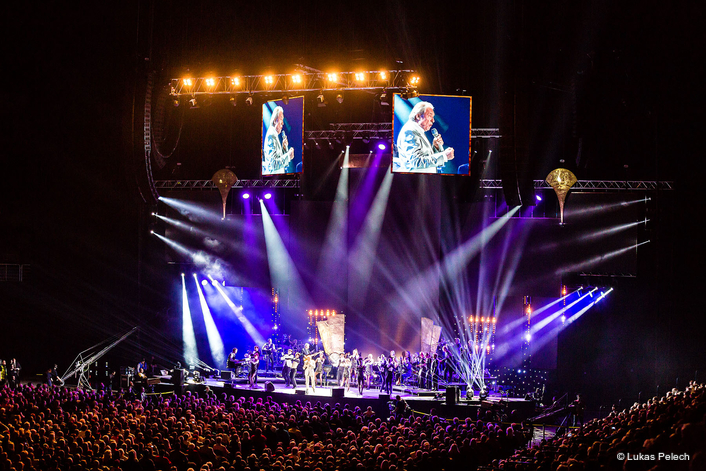 Robe was very proud to participate in Karel Gott’s latest arena tour at the end of 2014 which featured eight high profile concerts, five in the Czech Republic and three in Slovakia, culminating in two performances at the 18,000 seater O2 Arena in Gott’s hometown of Prague – all completely sold out.

The size of the shows and the venues meant the tour was an ideal opportunity for Robe’s new BMFL Spot moving light to show off its moves, and Lighting Designer Martin Hruska – working on his first Karel Gott tour – incorporated four of these on the rig, together with 31 x Pointes, 16 x Robe MMX Spots, 19 x LEDWash 1200s, 10 x CycFX 8s and eight 600E Beams – all from Robe’s ROBIN series of moving lights.

These and all the other lighting equipment was supplied by leading Czech rental company Audioblue from Cesky Brod. The company is owned by Tomáš Barták and has invested steadily in Robe products in recent years.

For the tour, the BMFLs were placed on the top of the front truss and were used for beaming around the audience, drawing them into the performance. 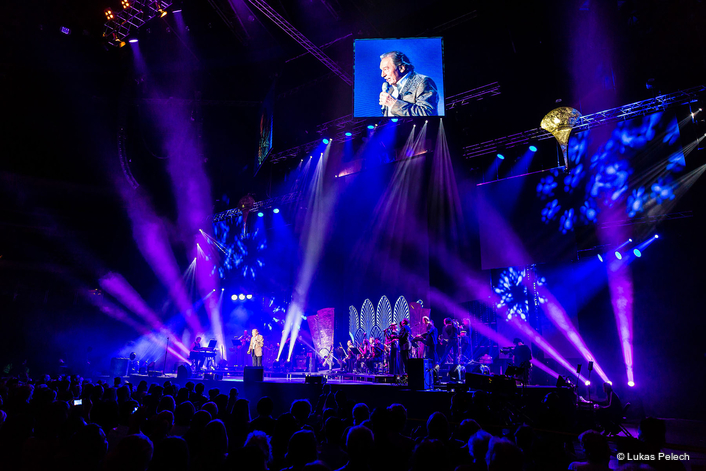 The Pointes were rigged on the back truss and on the stage deck where they made high-impact beam effects, especially using the prisms.

The LEDWashes were on the back truss and also placed around the large LED screens onstage where they bathed the stage, set and band in many colours and a good quality of light, highlighting the band and also filling in the back-of-shot space for the IMAG cameras.

The CycFX 8s were vertically mounted at the back of the stage, upstage (and underneath) the LED screens, making up a low res video layer to contrast with the high res screens.

These, plus a large amount of generic fixtures were looked after and operated on the road by Petr Koutek using a grandma2 full size console.

It was the first time that Audioblue had used BMFL’s on one of their tours and they were all very impressed with the brightness and sheer presence created by these luminaires together with their light weight and compact size for such a powerful fixture.

The Tour Manager was Jiri Kratochvil, sound and video were also supplied by Audioblue. 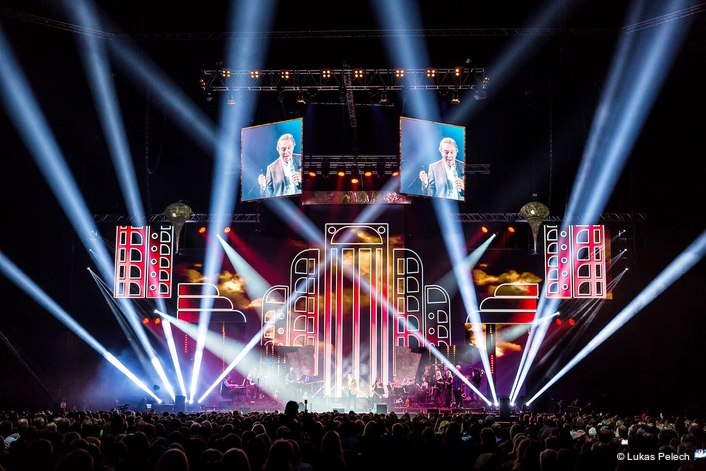