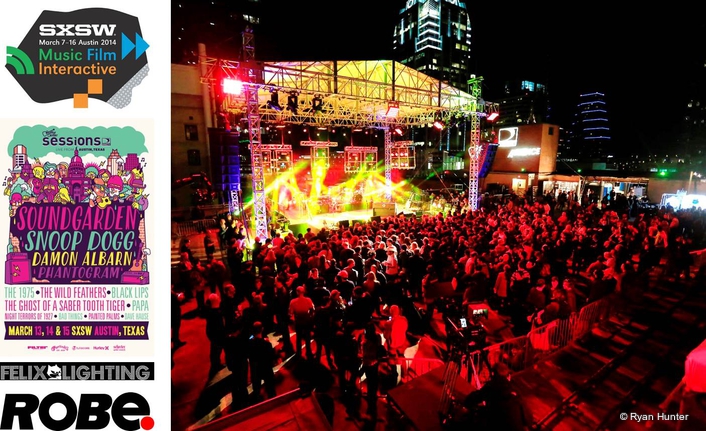 Felix Lighting of La Mirada, California, provided the Pointes for The Guitar Center Sessions at SXSW which took place in March. The event captured a series of incendiary live performances by Soundgarden, Snoop Dogg, Damon Albarn, Phantogram, The Wild Feathers and many more for exclusive future viewing on the Audience Channel.

The show’s longtime Lighting Designer/Director of Photography, Victor Fable created the lighting design for the event.

Fable has been with The Guitar Center Sessions, which started in 2010, since the third episode. Once a year, the show travels from its Los Angeles home in the GC Hollywood Vintage Room to new locations, and this year’s destination was the rooftop of the historic four-story Starr Building in downtown Austin.

Battling 40 mph winds on the first day and rain on the third and final day, the production team had plenty of challenges to overcome, but the bizarre pre-spring weather posed minimal problems for the hardy and robust Pointes.

The views over Austin provided stunning backdrops for artists during the afternoon shows which featured plenty of emerging, buzz-worthy talent, with the evening sessions reserved for the major headliners.

The Pointes were prominent in the lighting rig, with a design featuring nine ‘pods’ - two positioned stage left, two stage right and five running across the upstage. The five upstage pods housed four Pointes each making a total of 20. 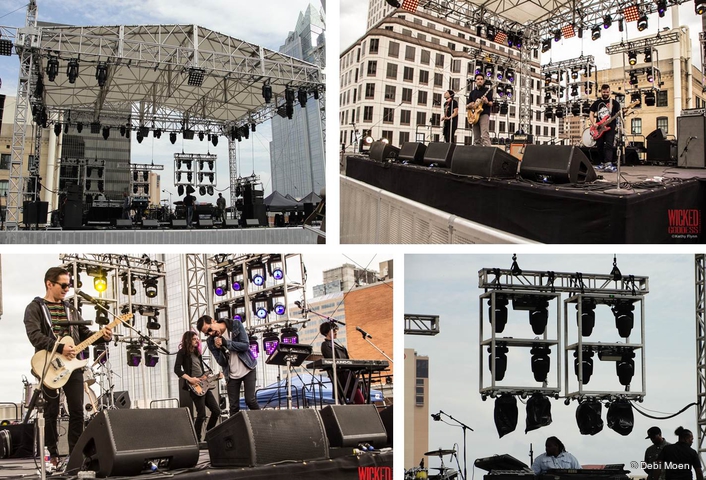 “From the start, I wanted the Pointes to be central to the camera shots,” Fable explained.

Focusing on looks for the camera - rather than a live audience – he needed flexible, feature-packed fixtures.  “I like to mix things up,” he said. “And for a television show you try to make every song look as individual as possible.”

Fable first came across the Pointes ‘by accident’ last September while doing a TV shoot with Keith Urban in Nashville. His original lighting spec, which specified another brand, was unavailable, but the Pointes had just returned to the local rental company from a tour, so he went with them. 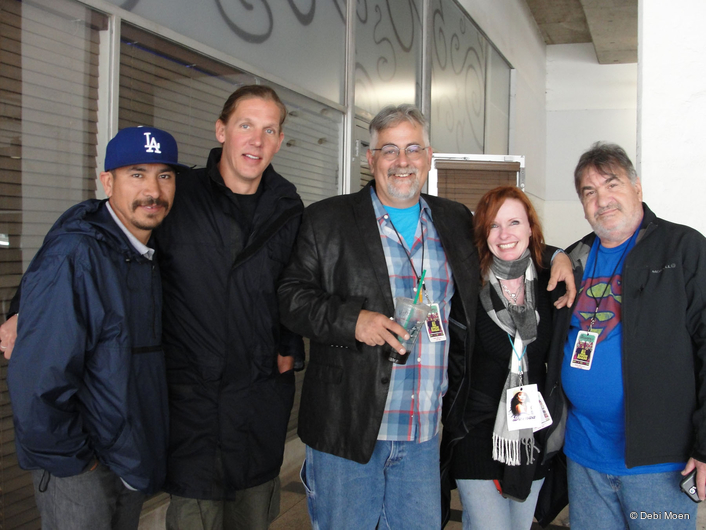 “I did some research after I had committed to using them and thought their features sounded very cool,” he  said. “And they were cool! They worked out great! The Pointes gave me so much more than the original fixtures I had spec’d.”

“It’s a beautiful light on camera - and they are great eye candy - and that’s really essential. They do some great fluttering in the lens, the gobo patterns and colors are excellent and I also love the prism.”

In their pods, the Pointes were concentrated together on the stage for “a really sharp backlight,” he noted. “The fixture is very flexible, well engineered and a really great concept.”

He has now found a ‘new favorite light’ to add to his list of “mainstay fixtures” that are always on his specs.

Felix Lighting added 48 x Pointes to their inventory in early January. “We’re keeping them busy on lots of shows, and we’re thinking of adding other Robe products to the stock soon,” remarked Felix’s Charlie Malings. 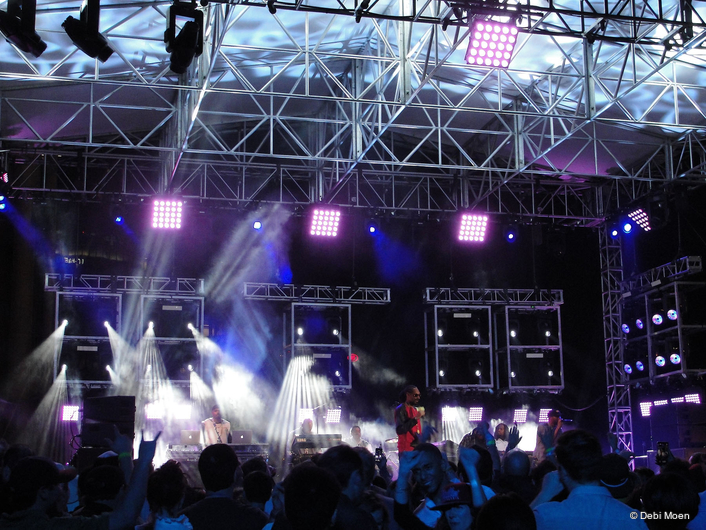 Fable describes himself as “an early pioneer” of automated lighting for theatrical, touring, corporate event applications and TV shows, and he cites a list of companies he’s worked for over the years. His relationship with Malings goes way back, but he only began collaborating with him in the past two years. He plans on using Pointes where possible on future projects.