Robe is a Hit on TV in Denmark 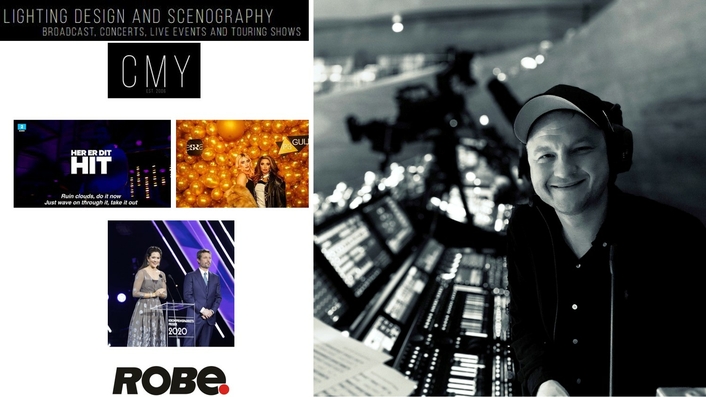 Danish lighting designer Johnny Thinggaard Lydiksen counts himself lucky to have had a busy autumn, engaged in working on several different television productions, all of them using Robe moving lights. This has included music show “Here’s Your Hit” for DR2, a flagship channel of the Danish Broadcasting Corporation, and two major TV Awards shows, one for radio station P3 Guld (Gold) at the Aalborg Musikkens Hus and the high-profile Crown Prince Couples Awards staged at the Værket Randers.

The format of this show directed by Dean Strange and staged in the charismatic Tunnel Fabrikkerne in Copenhagen's north harbour.

This facility was originally built to fabricate and engineer elements utilised in the construction of the Oresund Bridge that connects the Danish capital with the Swedish city of Malmo. It is now in the process of being redeveloped as a multifunctional space for business culture and youth projects, as well as being a testament to Copenhagen’s recent industrial history.

For the series, various visiting bands and artists get in-depth with the full process of recording and producing a hit song, accompanied by advice and commentary from industry experts. 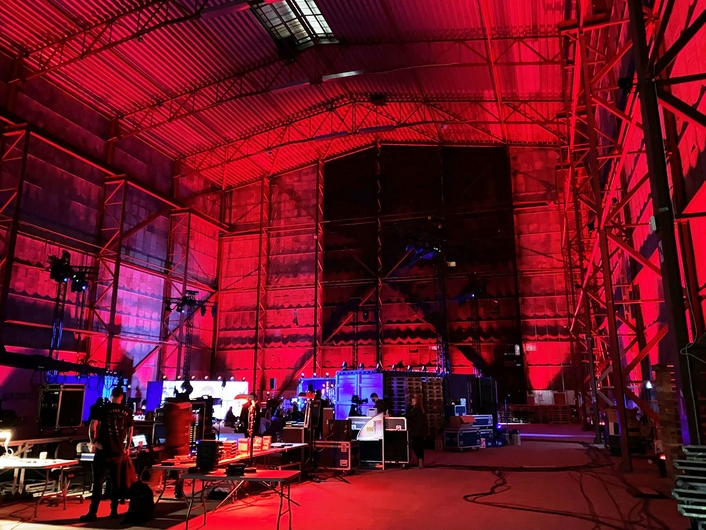 For the series, various visiting bands and artists get in-depth with the full process of recording and producing a hit song, accompanied by advice and commentary from industry experts.

The band then played their song live in the studio to wrap up each show.

Series creator and scenographer Betina Leth imagined the industrial style pop-up studio setting of the venue, complete with shipping containers and lots of bare metal structural elements, a fantastic backdrop for which lighting took centre stage to build the drama and atmosphere … to Johnny’s delight!

He chose 16 x Robe T1 Profiles for the key lighting, all rigged on large trussing towers with an 11-metre throw to the central studio space where everyone sat and gave their comments and opinions on the music being produced. 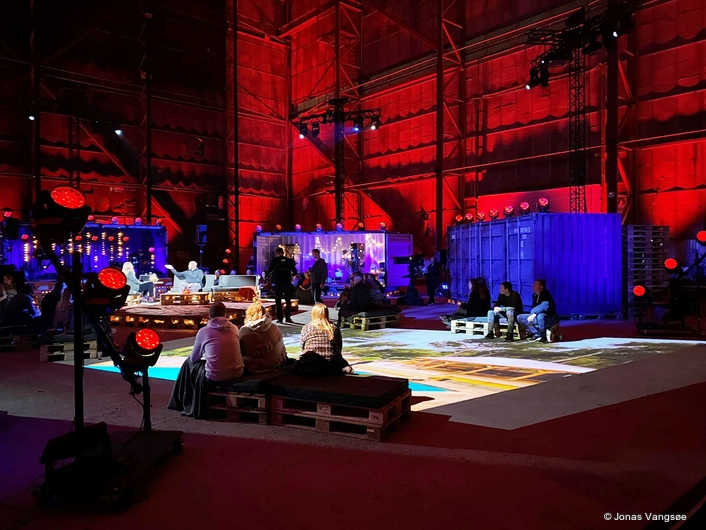 He chose the T1 Profiles because he wanted a silent luminaire. It was the first time he’d used T1s without haze and in this specific situation and such a distance, and he was “extremely pleased” with their performance.

The T1 Profile’s framing shutters were critical to getting the shots looking good. A major challenge with this show was ensuring the light didn’t spill onto the set. Precision focusing was also needed to keep stray light away from projections onto the floor and one of the containers.

The general light levels also had to be subdued, to add both atmosphere and help keep the depth of field correct in relation to the different camera positions.

To light the huge industrial hall in the background and around the sides, he used 30 x Robe Spiider LED wash beams.

All the lighting equipment for the 8-show series was supplied by Nordic Rentals. 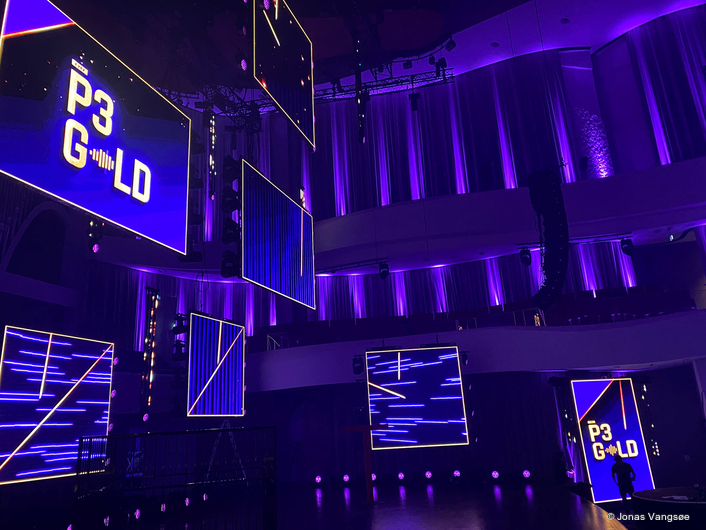 Working for production company Monday Media and broadcaster DR, it was the second time that Johnny has designed the stage and lighting for this prestigious Awards show, which ran like a standard broadcast TV show ... but with limited guests this year instead of a full live audience, due to the pandemic.

The show’s styling followed a classic Awards show aesthetic with several large video screens – some on an automation system – flown over the stage forming the core scenography which enabled lightning quick scene changes and a proliferation of different looks.

Johnny’s moving lights were 26 x Robe BMFL WashBeams, 38 x MegaPointes and eight T1 profiles, with the BMFLs utilised as the main key, front, and back lights while the MegaPointes provided the effects and razzamatazz, all chosen for their power and coolness on camera.

The T1 profiles were part of the venue’s house rig, and they worked nicely for side lighting on stage, especially for the live entertainment segments where balancing the levels and reducing light bounce for cameras in a completely white and highly reflective room was a challenge.

Johnny also had another 400 or so lights on this show, all supplied by Creative Technology and controlled from a grandMA3 console.

Jonas Vangsø was the technical light project manager, Erik Blomdahl looked after the automation and the producer was Ask Greiffenberg.

This is a high profile set of culture and social prizes awarded annually by Crown Prince Fredrik and Princess Mary, first established in 2004 as a gift from the Bikuben Foundation upon their marriage.

The 2020 version was also staged with limited audience and broadcast on DR, with Johnny returning to design set and lighting for the fourth year.

Johnny is a big fan of Robe’s RoboSpot system and has been using it for some time as a solution for when space is tight, or the show needs follow spots in difficult to access places.

“I love the fact the lights can be controlled from anywhere in the venue,” he states, plus “No more need for large trusses and rope ladders for operators to clamber up in front of the audience or for rescue plans in case they get stuck up there!”

He also appreciates being able to control follow spot parameters like colour / colour temperature easily on the console, which is great for matching up skin tones, especially in a TV scenario like this!

One of the hardest tasks on this show was lighting Denmark’s First Couple from the back without getting shadows on their cue cards!

Johnny concluded, “I feel incredibly grateful to have been busy with various projects as this pandemic has ripped through our industry! Thankfully, it looks like there is real light at the end of the tunnel … and that soon all our colleagues, friends, business partners, associates, etc. worldwide, will be back be working and enjoying the industry they are passionate about.”