Robe Has the X-Factor in the Czech & Slovak Republics

.
Robe moving lights once again proved they had ‘that special something’ for the X-Factor – this time the final of the Czech and Slovak edition of the popular talent competition reality TV show, which was staged at the Incheba Expo Arena in Bratislava, Slovakia.

The Lighting and Visuals Designers were Michal Schmidt and Tomáš Lecký, and the lighting equipment included 56 x Robe ROBIN Pointes, 22 x ColorSpot 700E ATs and 20 x ColorSpot 1200E ATs, the supply of which was supported by Slovakian rental company Showservice, based in Bratislava. 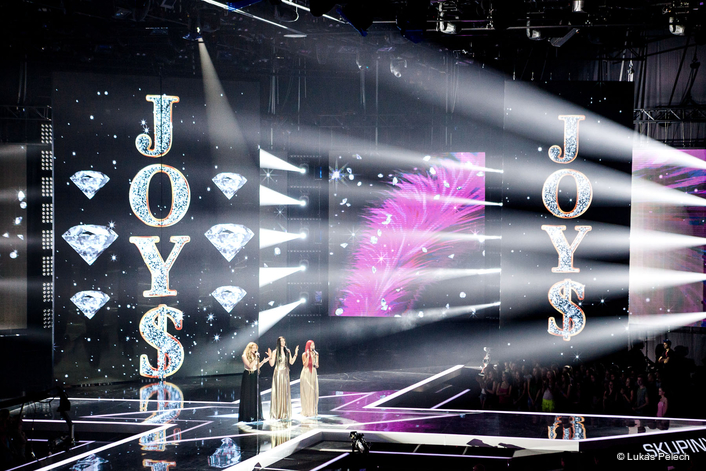 The production company was JAM FILM 1999 s.r.o and the event was broadcast live on TV channel JOJ in Slovakia and PRIMA in the Czech Republic. Over 1000 X-Factor fans enjoyed the action live in the arena.

Schmidt & Lecký worked closely with set designer Jaroslav Holota from Ungroup s.r.o. to create the stage environment and the lighting design which had to be adaptable enough to deal with all the different styles and genres of music and performance.

Being the first X-Factor in the Czech and Slovak Republics since 2011, the pressure was on for the production for the final in particular to make a big impact and WOW everyone watching on TV and live!

This is where the Pointes came into their own, being a multi-purpose fixture that can be used as beam, spot, wash or effects fixture – all with equal quality and dynamics.

The stage set featured around 500 square metres of LED screen - 3, 9 and 16 mm pitch panels - including an opening / closing section upstage for stage entrances and exits, all of which shaped the space. Any lighting needed to be very bright to retain an impact with this amount of LED in close proximity.

All the trusses were painted black so they were hidden from view, giving the impression that the lightsources were floating in the air. 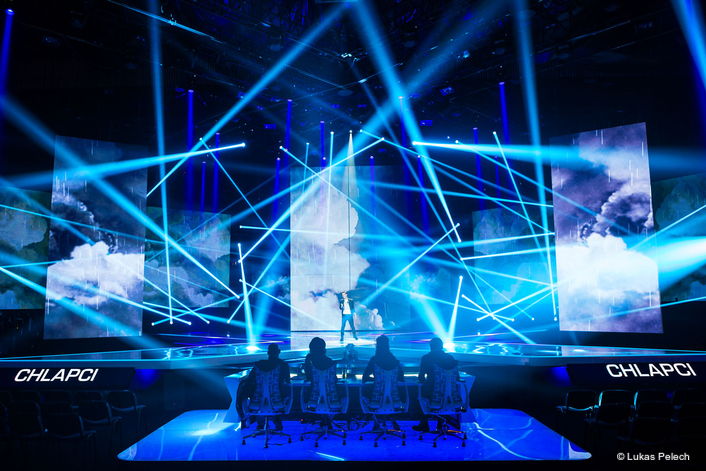 Special ladder trusses were fabricated for X-factor, with 51 of the Pointes positioned on these and the remaining five on the stage deck.

The ColorSpot 700s and 1200s were rigged on other over-stage trusses and at the front, where they were utilised primarily for key lighting and camera effects.

Michal Schmidt absolutely loves the Pointes, and for this show it was a case of “ No Pointes – No show!” he states. 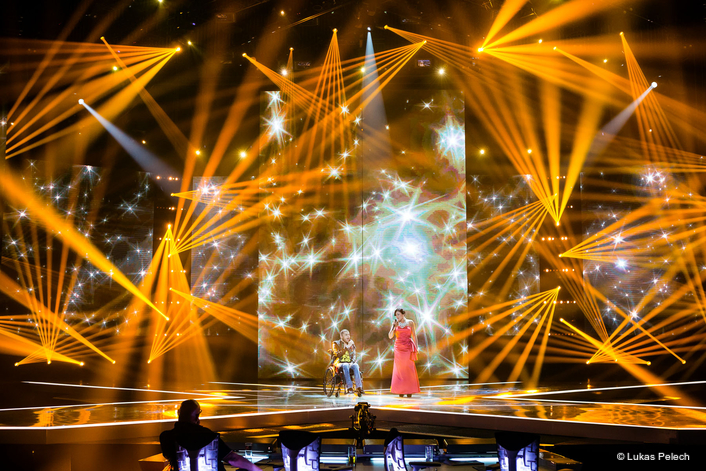 He’s worked on many other high profile TV events using Robe products over the years and is very familiar with the brand, its products and their capabilities. “The Pointe is absolutely the TOP moving light product at the moment – I could not conceive of doing a high profile music show like this without them,” he declares, adding that as the Pointe can play so many different roles as a luminaire … there is also a budgetary advantage in that less fixtures are required … so this can also make production happy!

“Using Pointes bring so many options for being imaginative and such a huge scope for creating memorable lighting ‘moments’, ”  he enthuses, and he certainly intends to keep specifying Robe for his future projects.

From a rental company perspective, Martin Kupčo from Showservice elucidates that the Point is a perfect fixture because, due to its small size and light weight, is also ideal for using in smaller venues yet its output has all the punch needed for arenas!

He appreciates the fact that Robe’s products are properly ‘Made in Europe’ with all the quality engineering and good build that you would expect. “Robe’s quality and reliability means that we can produce great shows using their products,” he says “And this is what we need to do consistently and to very high standards for all our various clients. 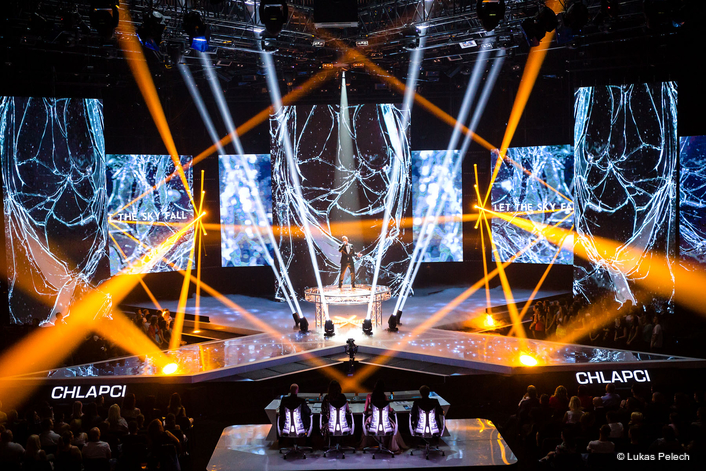 Showservice was founded in 1998 and is owned by Kupčo. The company is fully dedicated to providing the very best lighting and lighting design solutions.

The final of the 2014 Czech and Slovak X-Factor was won by Slovakian singer Peter Bažík.