Robe Has a Voice in Germany 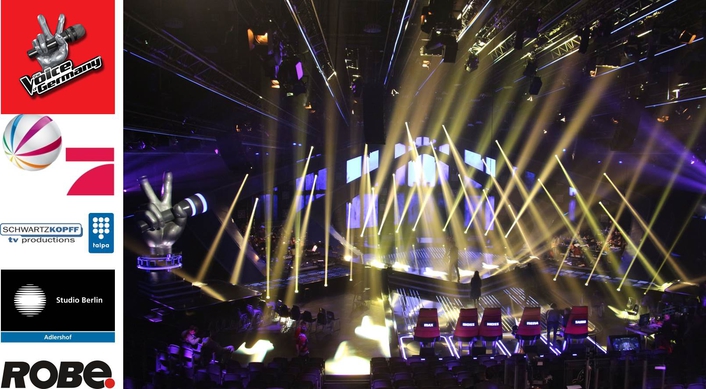 .
Robe moving lights were once again specified by Lighting Designer Manuel da Costa for the most recent series of the popular TV singing contest, The Voice of Germany (VOG).

The series was recorded at Studio Berlin and produced jointly by a Dutch German collaboration between Taipa and Schwartzkopff TV. It was broadcast on Pro7 and Sat 1 channels where it was again a big hit with viewers.

Da Costa has lit all three editions of VOG to date, and once again he worked closely with set designer Florian Wieder of Wieder Design and Video Content Producer Falk Rosenthal to create an elegant visual environment.

All of them drew on their previous VOG experiences to produce a different aesthetic from the last series, and within that framework, to ensure that each of the artists would receive a diversity of visual treatments that ensured that they all looked different, and the mood of their songs was encapsulated for viewers and live audience.

The ColorSpot and ColorWashes were the backbone of the lighting system. They  were used to create all the major effects and specials, while the ColorWash 1200s were positioned at the back of the audience and used for colouring and texturing the crowd and for filling any gaps in the wide angle reverse shots. 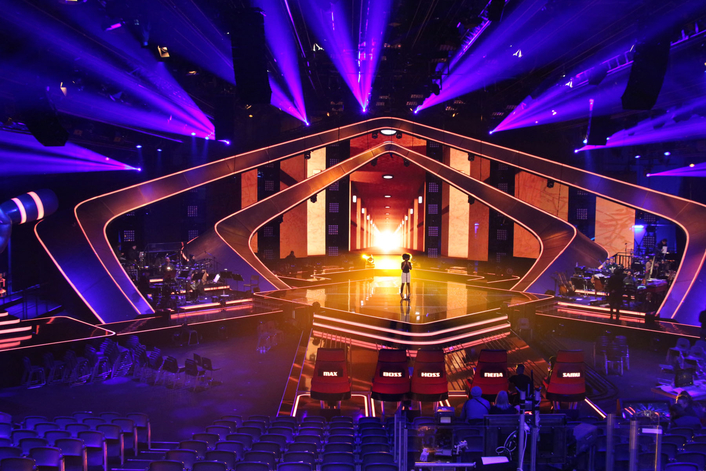 Da Costa has used Robe units in his work for several years and chose them again for VOG because the 2500 series is extremely powerful, and this is what he needed to work best with the set and in the studio space.

“The reliability, light-output and colour are all excellent,” he comments, adding that the movement is impressively fast for a large fixture and he also likes the smooth dimming.

“The 2500 series delivers a very strong and punchy beam, and you can create great looks with the rotating gobos and prisms. Introducing the variable frost enables the Spots to become a good wash light too!” As well as all these features, he is also a big fan of shutter and iris chases and effects.

He believes that Robe has listened, developed and adapted to the need of LDs over the years and “Progressed hugely in product development especially in the last three years”. He also enjoys the close communication that he has with the brand through German distributors LMP.

For the VOG he worked with a team of four lighting operators using grandMA2 control.

The Voice of Germany 2013 was won by Andreas Kümmert.

Robe Adds its Voice to To...German Talent Competition
Christie YK200 & Christie...of
It's All About the Voice