Robe is a Greatest Hit for Laura Pausini World Tour 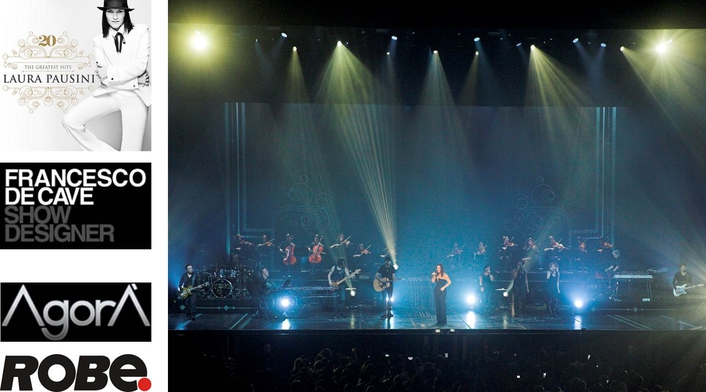 .
Italian based Lighting and Show Designer Francesco de Cave has a penchant for sculpting fluid, imaginative and stylish shows and this very much underpins his lighting and visual design for the current “Greatest Hits” world tour by singer and international superstar Laura Pausini which is no exception.

The tour has just completed its latest European leg, and Francesco included 50 x Robe ROBIN LEDWash 300 moving lights as a core element of the lighting rig.

Grammy award winning multi-lingual Pausini is one of the most successful Italian artists of all time and has sold over 70 million albums worldwide. 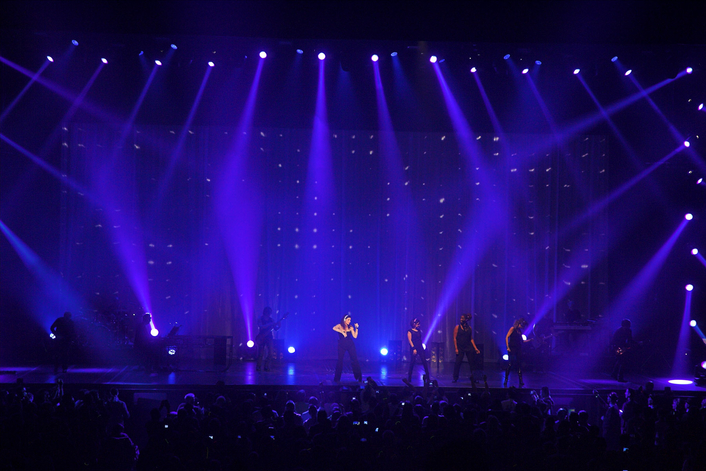 Francesco is one of Italy’s best known and most prolific designers in the live and concert touring sectors and for music-based television shows. His lighting career started aged 14 and has continued on a massive upward trajectory. Lighting is something that he’s absolutely passionate about. Other high profile clients include Tiziano Ferro and many more, and he has been involved with Pausini’s live work since 2001. 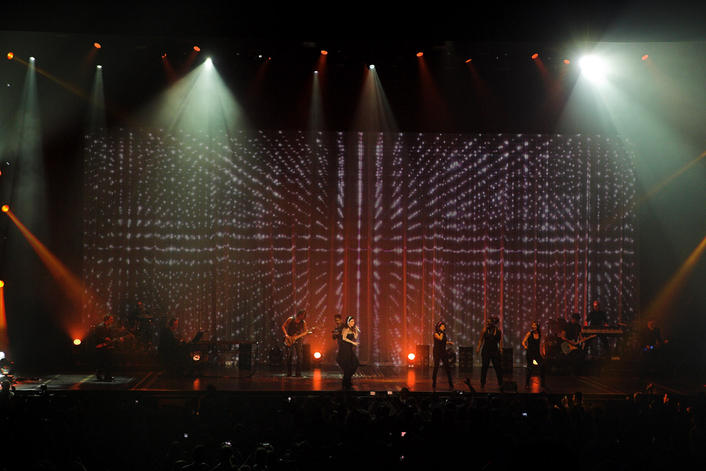 On this one he is collaborating closely with Scenographer Gio Forma, and he also produced all the show’s video playback content in conjunction with Mikkel Garro.

Lighting and video are inextricably linked in the design and when the video is playing, the lighting compliments, highlights and contrasts to it. Four different scenic backdrops are also used to enhance and bring visual transitions to the stage.

The 200 or so lighting fixtures on the European tour were all supplied by rental specialist Agora, together with all the video and the L-Acoustics V-DOSC PA system. “They are the best rental company in Italy for concert touring!” states Francesco. 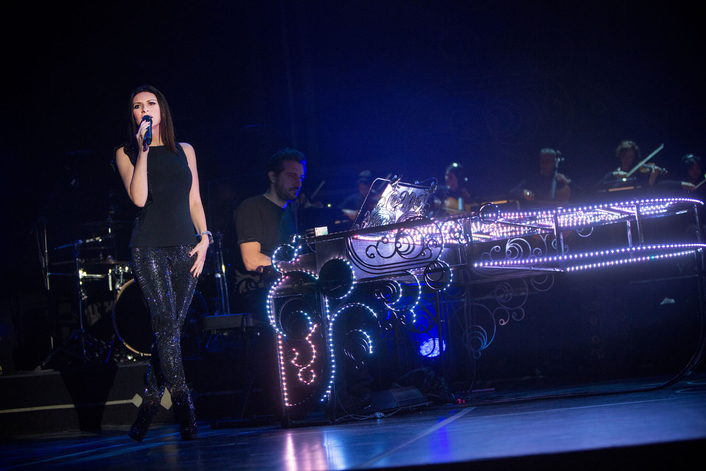 Agora have also invested heavily in Robe in recent years via Robe’s Italian distributor, Robe Multimedia.
The 50 x LEDWash 300s were distributed around the four over-stage trusses and six side trusses, with 16 on the floor just upstage of the main performance area and first row of the band. They were used for all the essential base stage and band washing looks, and were worked tirelessly throughout the two hour set.

Francesco likes all the fixtures in the LEDWash series, but for this, the very compact sized LEDWash 300 proved perfect, “Small, light, powerful and  with very fast movement,” he says emphasizing that they also packed very neatly into the truck without consuming very much space at all.

He used them as one large block of lighting as well as to highlight different sections of the stage. There were also many fast colour changing effects so the speed was imperative to make effects like this really flow.

“The whites are great and also I love  the zoom,” he adds, ”Even when the zoom is fully open there is still a massive amount of intensity … and plenty of headroom!”

He has been using Robe  products in his work for some time now, initially when the ColorSpot / Wash 700 series was in its heyday. He’s also used Robe’s DigitalSpot 7000 DTs for concert and theatre tours and is also a big fan of this product. On one theatre tour he used four DT 7000s to cover the whole stage in spectacular moving projected images. 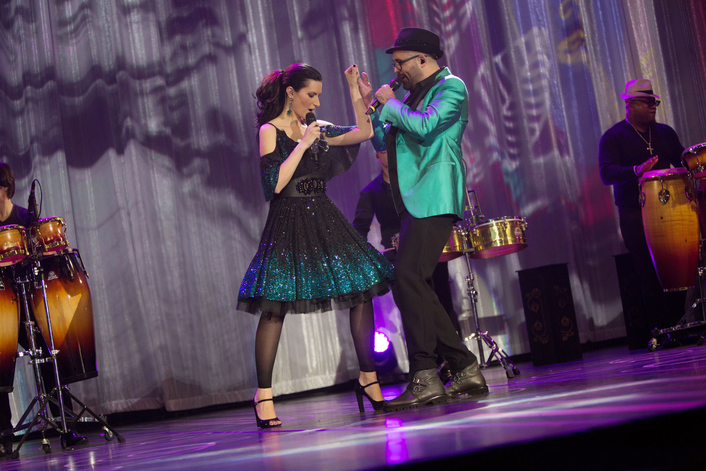 Since about 2010, when the LEDWash series was launched and became a best seller for the Czech Republic based manufacturer, he has followed Robe’s product development closely, and really appreciates the refinement and quality of the LED fixtures.

For the Laura Pausini tour, Francesco is controlling all of the lighting from a High End Systems Hog 4 console which is also triggering the two Catalyst media servers that run the video. He was assisted by Emanuel Vangelatos at FOH and they worked alongside an Agora lighting crew of six plus four on video.

The tour now moves on to South and Central America and then the USA.

Robe Has a Voice in Germany
Robe Gets A Taste For Chef Games
KHL All Stars get The Pointe!