Robe Gets A Taste For Chef Games 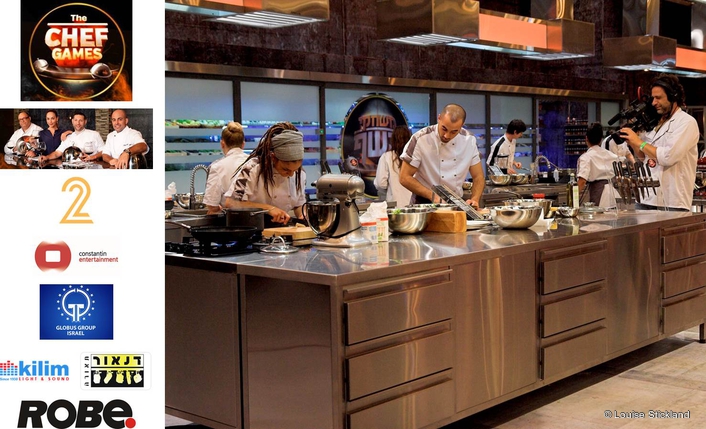 A new reality TV series, Chef Games, has just made its debut on Israeli TV’s Channel 2 with lighting designed by Dakar Azulay
The show was recorded in Studio 5 of the Globus Group Studio complex in Jerusalem, produced by German based Constantin Entertainment, and lit with the help of Robe ROBIN MMX WashBeams and ROBIN LEDWash 1200s which were instrumental to Azulay’s design.

The set featured a full kitchen on one side where the competitors created their culinary art, and this was connected via a conveyor belt to the restaurant / tasting area the other side. The food was dispatched to the tasting teams via the belt, so the judges were unaware of which chef had prepared which of the dishes! 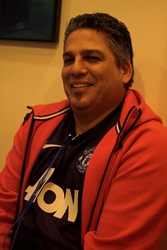 Azulay is one of Israel's leading TV Lighting Designers and has 25 years of experience in all areas of the industry. His recent credits include lighting The Voice, X-Factor, Big Brother and many other high profile shows,  and he also does a lot of fashion work including catwalk shows for leading Israeli clothing brand Castro.

He decided to use the LEDWash 1200s for soft light on Chef Games, the first time he's used them for this application and context. He did this with the addition of a diffusion filter to the front of the units which worked exceptionally well for producing ultra-smooth top lighting.

The MMX WashBeams he chose to use for key lighting various parts of the studio for which he specifically needed units with shutters.

The MMX WashBeams he chose to use for key lighting various parts of the studio for which he specifically needed units with shutters.

The live broadcast elements of the show featured cut-ins of the progress of the various dishes being cooked, which entailed several sections to be pre-recorded, so continuity in lighting was vitally important. 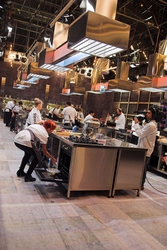 The eight MMX WashBeams shuttered in very tightly were used for various effects like striping the bottle wall behind the bar area with strips of light. Contrasting with the shaded sections of bottles, this added plenty of depth to angles with this as the background.

The LEDWash 1200s were deployed in both the kitchen and the tasting area where they were used to introduce colour. Azulay likes the zoom and the fact that they can be zoomed right out without losing any intensity.

Azulay has been using Robe fixtures in his work for around seven years now. He started with the ColorSpot 1200 series and since the ROBIN range launched in 2010 he has enthusiastically embraced Robe’s latest developments and is in constant touch with Israeli distributors Danor about what's coming up next!

"Robe's equipment is consistently reliable, their fixtures are always bright and feature packed," he comments when asked why he has stayed so loyal to the brand.

The LEDWash 1200s were supplied by Kilim Electronics from Haifa, one of the oldest established and best known rental operations in Israel who bought the fixtures especially to service this first 20 episode Chef Games series. The eight MMX WashBeams were supplied by Danor Rental from Hod Hasharon. 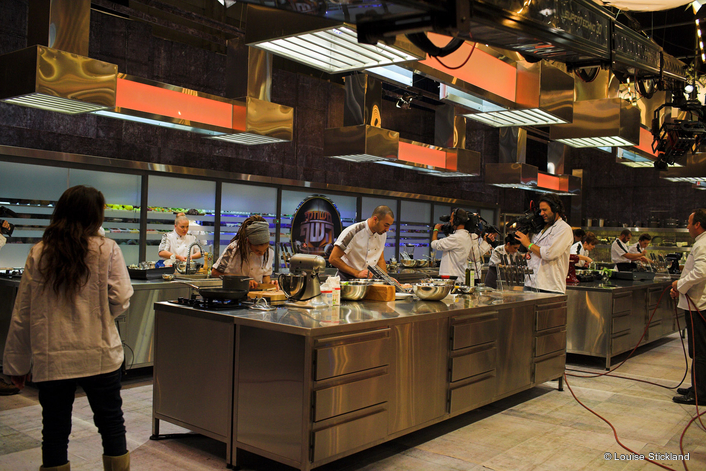 Danor’s Erez Hadar comments, “We were delighted to have the Robes specified on this first series of Chef Games, the show has been a great success and Dakar is always pioneering new and inventive ways of using lighting technology which is really refreshing”.