Robe Definitely Thinks It Can Dance in South Africa! 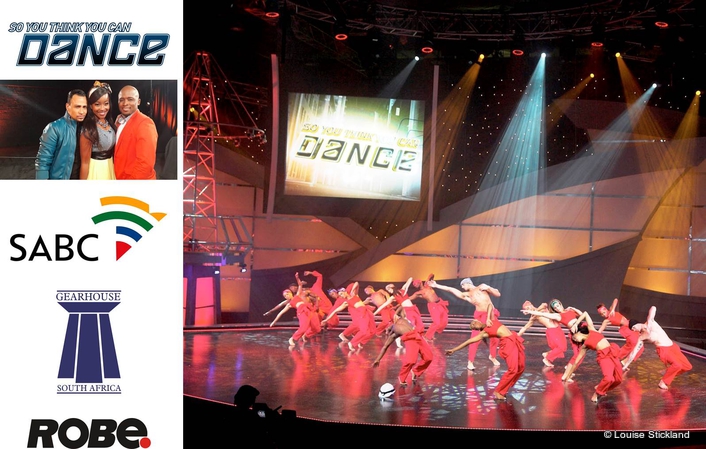 .
Robe’s latest LED moving lights are being used in great style to light the current series of ‘So You Think You Can Dance’ in South Africa, which is being recorded at the South African Broadcasting Corporation (SABC)’s Renaissance Centre venue in downtown Johannesburg.

Lighting is designed by Robert Grobler from Gearhouse South Africa (GHSA). The 24 x Robe DLX Spot and 24 x DLF Wash fixtures being used on the show are part of a new investment in Robe’s latest technology by GHSA, the country’s largest rental and full technical production facility. This is their first show. 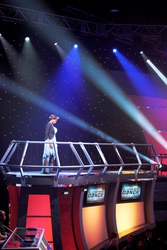 Using these, plus other Robe LED luminaires, has reduced the power requirements by a third form the previous ‘So You Think …’ series – as a result they have dropped from a 300 to a 200 KVA generator for lighting power. It’s also the first TV show in SA to feature an almost all LED moving light rig.

The popular series is produced in SA by Rapid Blue and modeled on the original American concept. It is presented by Sinazo Yolwa and gives SA’s most exciting dancers the chance to strut their natural flair across multiple genres from Latin to hip-hop in front of the judges and the public during a live Saturday night prime-time broadcast.

A series of overhead trusses are installed in the venue to provide stage lighting positions and large areas of the set – derived from the original series – are also lit with Robe colour changing LED fixtures. Grobler began by looking at all the camera positions and then selected the lighting fixtures from there. 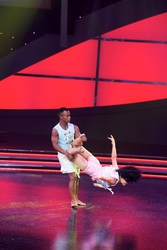 The DLFs are used on the front trusses as key lighting for the cameras and for washing across the stage. The DLXs are filling ‘holes’ in some of the specific camera wide shots as well as being used for specials and to colour and texture the stage with gobos.

Grobler is impressed with both these types of fixtures – it’s the first time he’s used them and he particularly likes that fact that – unless you knew otherwise – you would never know that they are LED units!

Of the DLFs he says, “I like the output / brightness, the zoom … and the shutters are very useful, especially on this show for the evictions, where the contestants need tight highlighting”.

He is also really likes the ColorSpot 2500E ATs – a classical workhorse of Gearhouse’s lighting inventory. In this case, they are used for strong back beam-work and to build drama for the dance-moves unfolding onstage.

GHSA’s Pete Courier, Project Managing the account adds,  “I’m really impressed overall by the performance of the LED units – the technology has advanced hugely in the last five years”.

The CitySkape Xtremes are very effectively washing gauzes or bounce-cloths – a neat solution to avoid spillage onto the venue’s white ceiling – which are stretched behind the set pieces. They enable dramatic changes of colour across the entire set in an instant. 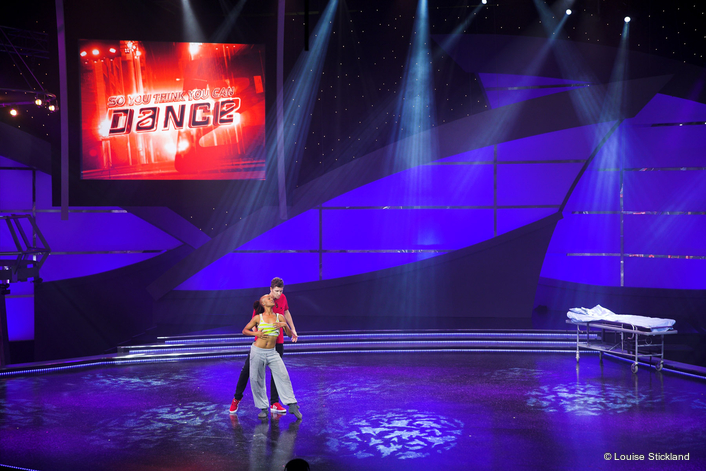 The LEDWash 600s – now almost a de rigueur LED wash fixture for contemporary TV shows – are all rigged on a circular truss above centre stage. Grobler is using the individual ring control for eye and camera-candy effects.

He runs the lightshow from a grandMA full size console. GHSA is also supplying video, audio, power and rigging for the series.