Robe BMFLs Land on the Moon with James Blunt in Mauritius 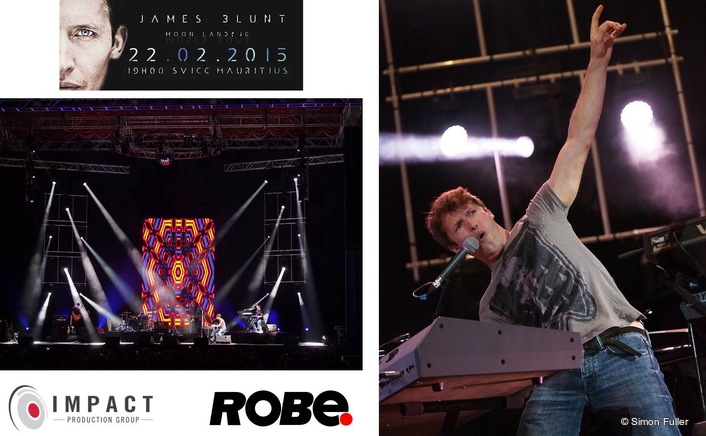 Eight Robe BMFLs featured prominently on the rig together with eight MMX Spots, six ColorWash 1200E ATs and 14 LEDWash 600s, plus some beam lights, Molefeys and LED PARs, all making up a festival / B-rig variation of the touring show. 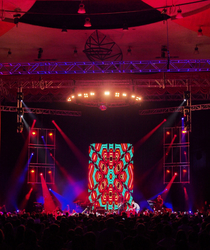 The 15 month "Moon Landing" world tour is now drawing to a close. Having started in China in December 2013, it's been another major selling album for Blunt and has been supported by his longest and most successful tour to date.

Glen really enjoys opportunities like these in Mauritius to use new and different lighting kit and seeing products other than those on the original spec in action, and was very interested to use the new Robe BMFL Spots for the first time – having heard so much about them!

They were positioned overhead on the front truss and on two flown frames flanking a centre stage LED screen.

Says Glen, "They are really bright and a good workhorse light with an excellent, even field of colour - I like them a lot".

The MMX Spots were on the back truss, the ColorSpot 1200E ATs were in a vertical row of three each side of the stage hanging from the top edges of the front truss and the LEDWash 600s were also on the side frames alternating with the BMFLs, with two on the offstage edges of the floor.

He mentions that whenever he's encountered Robe in his work to date he's always found the fixtures to be "Very reliable and work well".

James Blunt’s dynamic and very fluid light and visuals show was run by Glen from a grandMA2 console, also used to trigger the Catalyst media server running the video cues.

The biggest challenge he has faced throughout the tour was trying to recreate the full production rig in as many paces as possible, which has required some improvisation in some of the smaller countries where there's less choice of kit available. Also, being completely on his own in scenarios like this, he's been very dependent on the local support which in Mauritius was “Absolutely TOP".

"Ariel Lamothe (Production Director of Impact Production) and the lads were fantastic. Great guys, great gear and a very good show. Everything ran like clockwork and I had a stress-free day”. 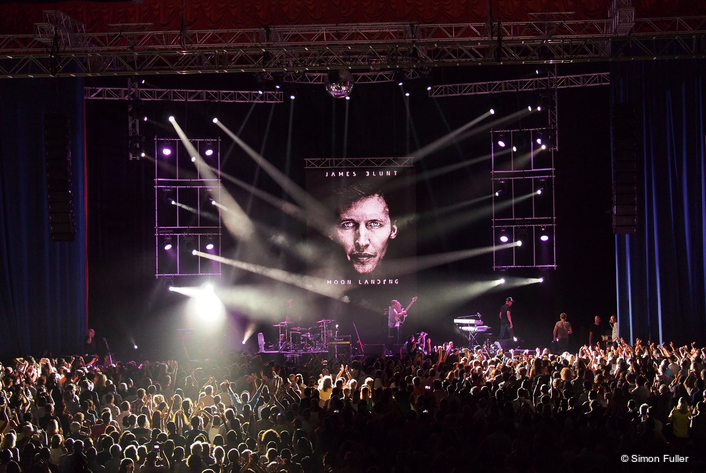 He adds that they even had the AC in the venue turned on to aid the Englishman struggling in the heat and humidity!

Ariel comments, "It was a great honour for us to provide the equipment and we were delighted to be able to offer Glen the latest Robe technology for his show".