Robe for Berlin ‘Back to Live’ Waldbühne shows 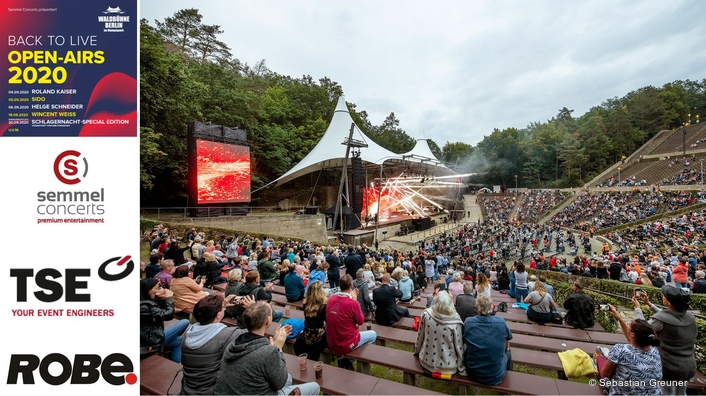 Germany has been noticeably proactive in its quest to stage Covid-compliant live shows and events to attempt to get some of the industry moving again and people used to going out and about. One of these was the Berlin Waldbühne “Back to Live” Concerts, a socially distanced event concept running throughout September at the city’s famous open-air venue organised by promoter Semmel Concerts Entertainment GmbH. Berlin-based full production service specialist TSE was asked by the venue management team, CTS Eventim AG, to supply a flexible festival-style production lighting and video rig complete with visual design that would work for a wide range of performing artists. Lighting for this was specified by TSE’s Ronny Rud Reinhold and included Robe BMFL WashBeams, MegaPointes and Spiider moving lights among other luminaires.

The venue has a large stage covered by a tensile roof that normally holds 22,900 guests, but this was revised – in relation to government restrictions at that time for outdoor shows – to 5000 for Back to Live including staff, artists and crew, with the line-up including popular schlager superstar Roland Kaiser, rapper Sido, comedian, jazz musician and multi-instrumentalist Helge Schneider, singer Wincent Weiss and a special schlager-extravaganza night with Peter Maffay, one of Germany’s top-selling artists. 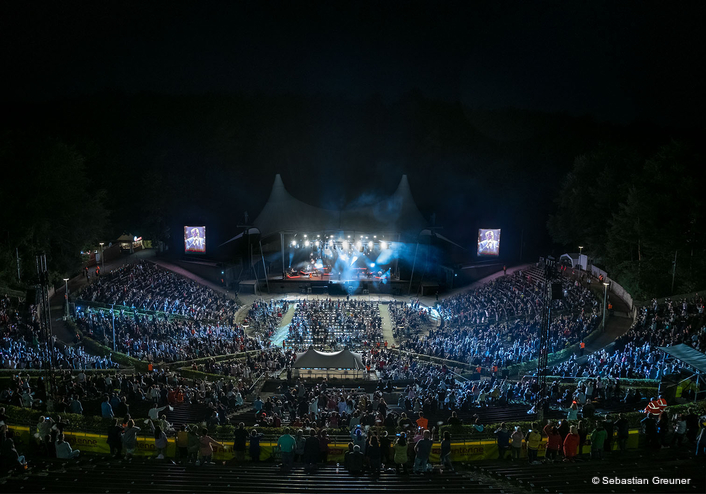 “We chose this classic festival lighting setup,” stated Ronny, “to make things as smooth and straightforward for all the guest LDs and lighting operators,” which included the choice of fixtures as all these Robe luminaires are commonly used across many different event sectors in Germany.

With these Robes in the rig, shows could early and painlessly be adapted, a strategy that was proved right as they didn’t have a single discussion with an LD about the types of fixtures … apart from Roland Kaiser’s LD Andreas Kisters who requested four additional BMFL WashBeams for the front truss!

These were to cover backing vocalists and soloists who stepped forward onto the stage apron.

Ronny and the TSE team also consulted the assorted artist rider requests before picking their fixtures, and finally, “we needed fixtures robust enough to hang outdoors for five weeks in September where the weather can be erratic!” he said. 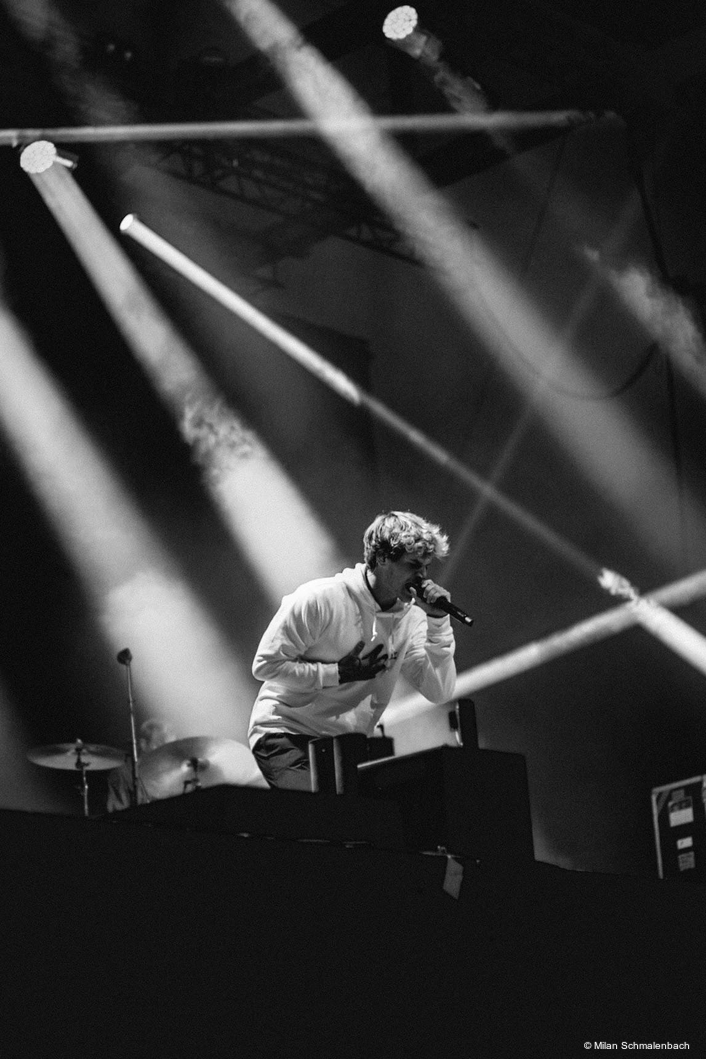 The fixture placement on the rig was coordinated by TSE’s head lighting systems tech Klaus Graewert who took an operator’s perspective when doing this.

The BMFL WashBeams used for general front washes, keys, and specials and for livelier and louder pop, hip hop and rap acts … they doubled up for eye-catching audience illumination.

The Spiiders and MegaPointes were used for general stage washes and effects respectively. “The Spiiders did a good solid job in stage washing,” reports Ronny, commenting that the bright razor-sharp beams could be seen from all over the Waldbühne and beyond.

These and the other fixtures – which included strobes plus 8-lite and 2-lite blinders – were all controlled via a grandMA2 system.

“Everything worked extremely smoothly and efficiently,” commented Ronny. “Everyone on site was basically VERY happy to be working again onstage and get a little bit of a festival feeling at last in 2020 after such a tough year and all missing it so much! Any special requests by artists were swiftly accommodated and there were many smiling faces!”

“It was simply amazing to be back doing what we love – that was a huge motivation for all of us and we had SUCH a good time,” he enthuses, adding that they also believed it was important to show the industry and the government just what is possible in terms of safely staging shows and events during the pandemic, including getting the public to once again trust that it’s safe to buy tickets, go out and enjoy some great evenings with their favourite artists.

This might sound like a simple thing, but with the whole Covid scenario, statements like this are HUGE! And take on so much additional significance for the industry. 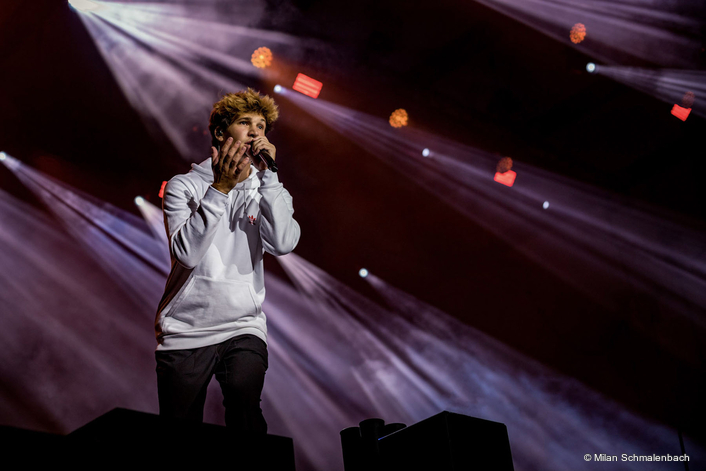 The relevant Covid protocols – as designated by the local Berlin regional government – were coordinated on-site by a team of hygiene-trained staff led by Alexandra von Samson for Semmel and David Busse from the Waldbühne.

All crew wore masks at all times and kept 1.5 metres distance as much as possible and the load in / outs were scheduled over longer periods with measures taken to ensure that departments could work in their own zones when possible. More trucks were utilized to keep the pace going and flowing so equipment could be loaded and unloaded faster and easier.

Everyone had to be registered for the government’s track-and-trace system, but happily, there were no cases on-site for the period.