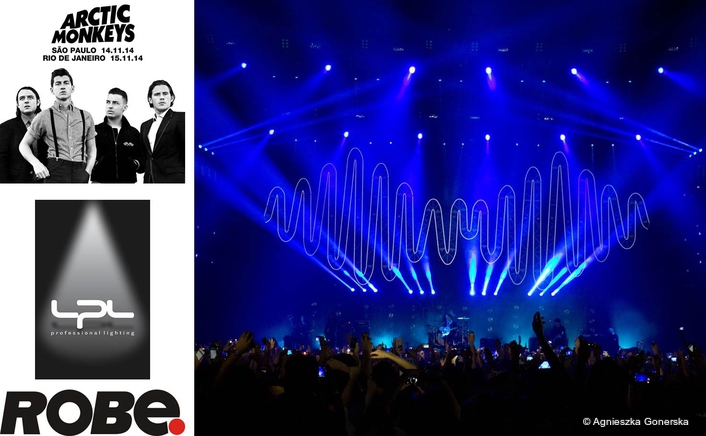 .
UK based Lighting Designer Sam MacLaren was happy to be using Robe moving lights on his rig for two high profile back-to-back shows in Brazil which concluded the UK indie rockers Arctic Monkeys 'AM' world tour, which had been on the road for 18 months.

Robe fixtures were supplied for the shows – Anhembi in Sao Paulo, an open air space famously utilized for their Carnival, and Rio’s HSBC Arena - by leading Brazilian lighting rental company LPL, project managed for them by Erich Bertti.

Robe has been one of the ‘preferred manufacturers’ on the Arctic Monkey's rider throughout this tour which was originally designed by the very innovative Paul Normandale .. and has been lighting directed on the road by Sam.

Sam has also worked with LPL before – first on a Placebo tour and most recently at the start of 2014 with David Guetta. 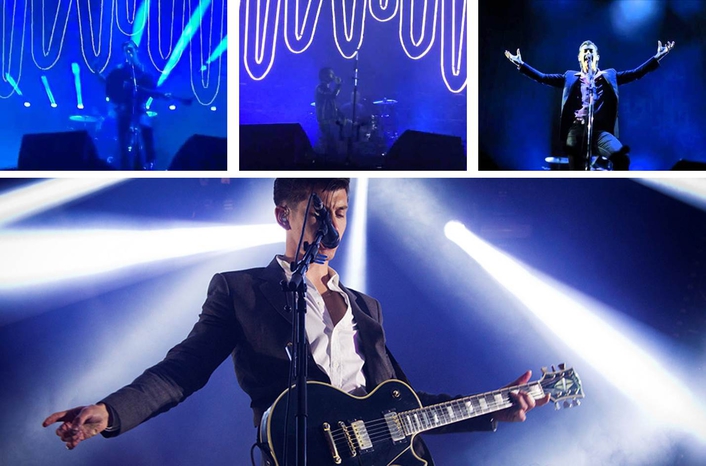 "Knowing the high quality of the Robe products generally I was really pleased to be using them again in Brazil," commented Sam adding that he was also delighted to be working with LPL. "The company, the kit and the crew are all absolutely first class. The lamps are always bright and well maintained and balanced, and the company takes a huge pride in ensuring that everything runs smoothly as possible on site," he stated.

The Robe Arctic Monkey’s count was 18 x Pointes, 8 x ROBIN LEDWash 600s, 40 x ColorSpot 2500E ATs and 18 x ColorWash 2500E ATs. LPL have around 300 Robe fixtures in total in their rental stock. There were also strobes and a fair amount of conventionals on the AM rig. 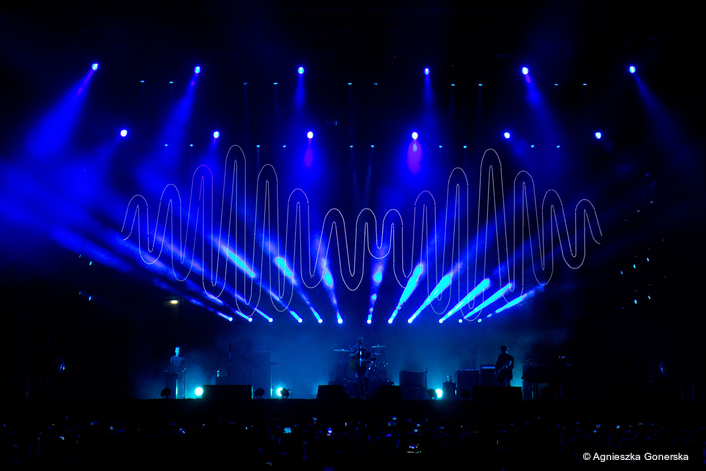 The 18 x Pointes were distributed between the upstage trusses, with some about 2.5 metres off the stage, rigged just below the Arctic Monkeys custom illuminated sign which travelled with them for the tour. The fixtures were used for multiple tasks including lots of VERY fast on/off shutter chases and other similarly in-the-face effects. It would be fair to say he gave them a proper hammering!!

Pointes were also used as the beam fixtures on the rig at several U.S. dates, and Sam likes them for the power and punch, multi-option flexibility and accuracy.

The LEDWash 600s were used to create a ‘carpet’ of wash lighting across the stage floor and also for blasting through the smoke. 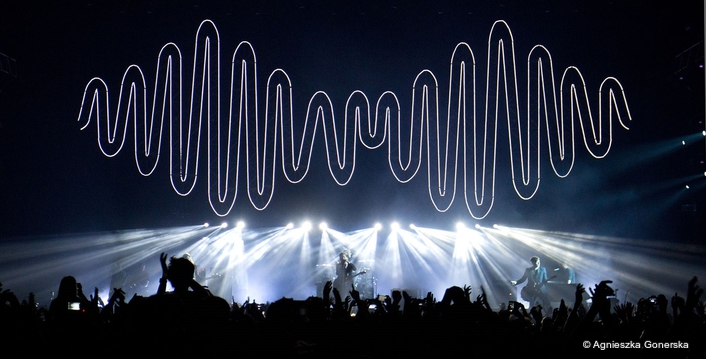 The ColorWash 2500E ATs were positioned on side trusses in grid arrangements each side. The band are not keen on front lighting and like to keep it dark and moody onstage, so these were some of the main performance lights. Their side angles also kept the lighting contained very neatly on the stage.

Sam ran the lights from a grandMA2 full size console.

The main challenge for these two gigs was the size of the shows and the incredibly tight timeframe in which to turn them both around. These were both large - the Rio capacity was 14,000 people indoors, and the São Paulo show was also sold out, but this time by over double the amount of fans at 30,000. LPL provided a second crew and basic kit infrastructure which was loaded in and rigged simultaneously in Rio, allowing them to streamline the amount of kit needed to travel between the two shows, which greatly speeded up the process. 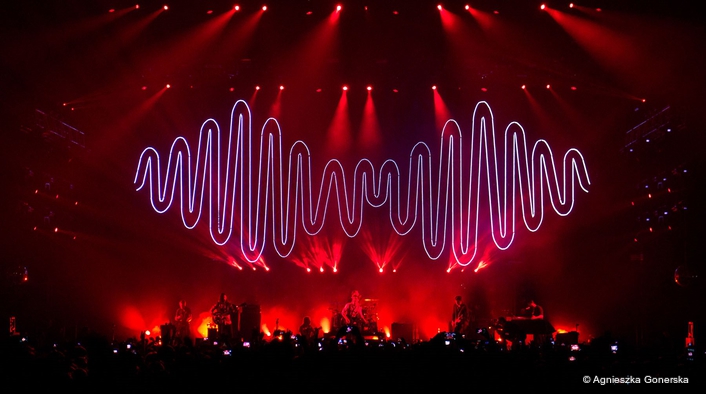 In Sao Paulo, torrential rain hampered the pace of the get-in, and with only one night available for programming, the pressure was on. However, some superlative teamwork helped deliver a fantastic looking and sounding show.

Erich says, “The show looked great in both cities and it was well timed and skillfully operated. The no front-lighting concept works extremely well and is something different and interesting, and we also loved working with Sam – he’s calm and friendly and nothing fazes him!” 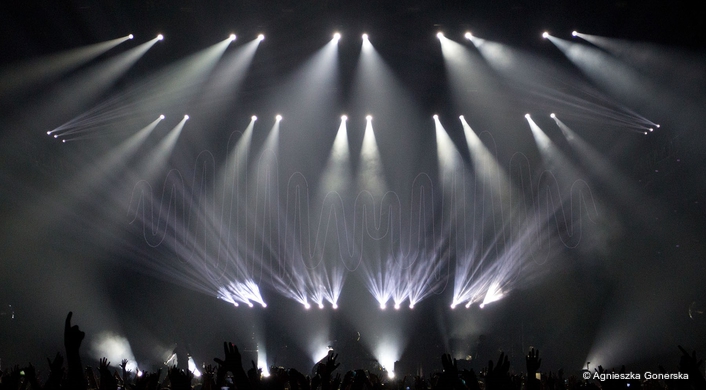 "It was a fantastic ending to the tour," concluded Sam, "Apart from everyone feeding off the excellent high energy enthusiasm of the crowds in Brazil, it is always a pleasure working with LPL".

The AM tour was Production Managed by Ian 'Chip' Calder and audio for the two Brazilian shows was supplied by Gabisom.