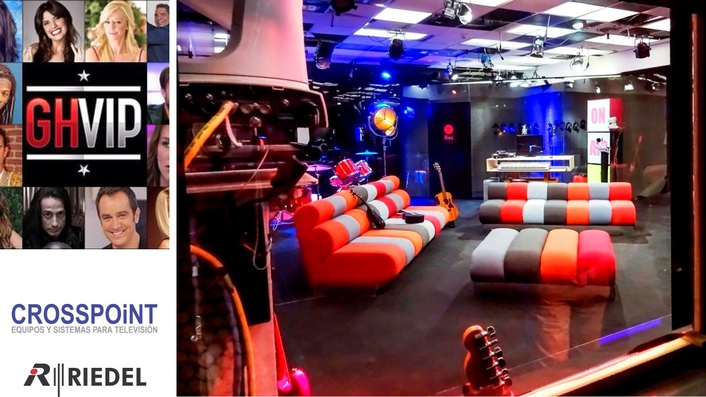 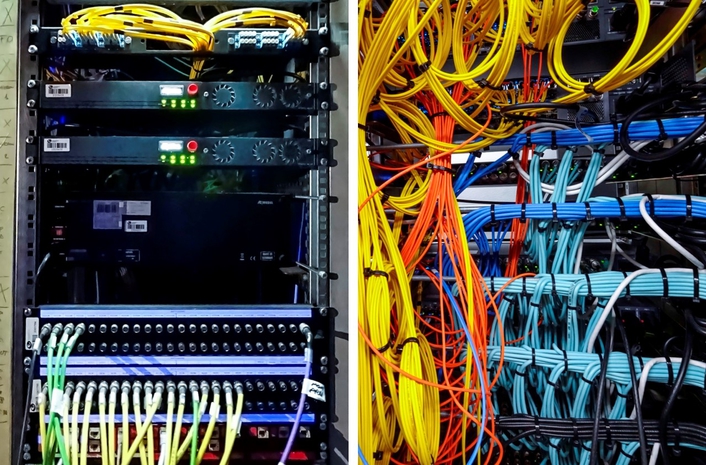 "For 'Gran Hermano VIP,' we had fairly complex networking requirements. The network topology had to handle all of the inputs and outputs needed to put on a show with multiple cast members moving from room to room. We also needed a single system from which we could sync all cameras," said José Luis Gacal, Technical Director at Zeppelintv. "After our experience with Riedel MediorNet on another production last year, we knew it could provide the flexibility, reliability, and ease of operation we needed for this show. We also appreciate the modularity of MediorNet, which means we can repurpose the components and reconfigure the network for different types of productions."

The MediorNet Compact Pro and MicroN frames are placed in five strategic locations throughout the Gran Hermano VIP House to collect signals from all 70 camera sources. The MicroN devices are able to multiplex camera signals along with PAN/TILT and camera control data and deliver them to the machine room over a few 10G fiber links, a task that would otherwise require a large and heavy bundle of copper cabling. The MediorNet network also serves as the audio router, with audio channels coming from the four mixing consoles via MADI interfaces. In addition, the "Gran Hermano VIP" production is using Riedel's RockNet real-time audio network devices to provide additional analog audio inputs and outputs. 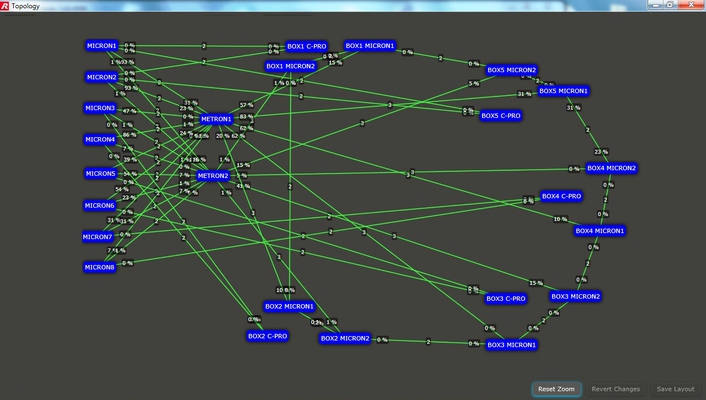 In the machine room, one MetroN frame provides routing for all fiber links and outputs the signals to the vision mixer. The second MetroN acts as a backup, providing full redundancy. Redundancy is also built into the network through dual fiber paths, with one set of fibers in the suspended ceiling and the other underground. This setup gives MediorNet the ability to reroute signals in the event of a network error.

"For this challenging 24/7 production, with eight simultaneous program feeds, there was truly no room for error. With 'Gran Hermano VIP,' MediorNet has solved many complex technical challenges to create a reliable, fully redundant, and easy-to-manage network that can serve as a model for other types of reality shows," said Maribel Roman, General Manager, South Europe at Riedel Communications. "The fiber-based MediorNet network meant the 'Gran Hermano VIP' production was able to drastically reduce the amount, weight, and cost of cabling that had to be pulled through the house. Also, MediorNet's powerful signal transport and integrated processing features give the production the ability to handle frame sync for the cameras, embedding/de-embedding, and Ethernet-based camera control all within a single system."