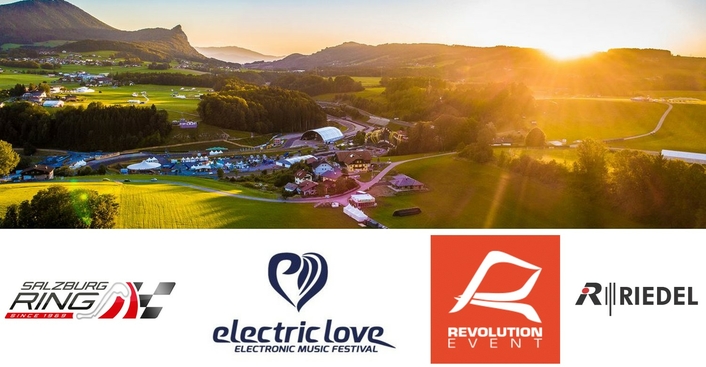 With around 50,000 visitors per day, the Electric Love Festival on the grounds of the Salzburgring is one of the largest EDM festivals in Europe. Live-Production met the team of the organizer Revolution Event and got insight into the implementation of the powerful Stages.

With AFROJACK / AXWELL / DIPLO / DJ SNAKE / ERIC PRYDZ and dozens of other top acts, the Who's Who of the EDM scene meets in Austria every year in July. On the Salzburgring grounds, four large main stages for up to 50,000 visitors were active on the festival days with the large Main Stage, the Club Circus, the Q-Dance-Areal and the Heineken Starclub.

The main stage also incorporated organic forms into the cubist structure this time. In order to involve the audience more in the happenings, bows of the Electric Love Heart logo have been cleverly implemented with the truss shapes.

• The approximately 28-meter-high and 60-meter-wide Mainstage was illuminated by 60 ROBE BMFL Blade and 96 ROBE Pointe.

• With 46 Martin Atomic LED 3000, the team of The Art of Light has of course not saved on Strobes. For the signature look of the DJs, the VJs can fall back on a 640m² LED wall (Pixelscreen P16 LED wall module).

• The NoizBoyz at FoH sonicates the area with an L-Acoustics PA setup (including 40x K1, 40x KS28 subwoofer, 26x KARA modules, 16x K2). The SFX professionals from FOG fireworks + sfx, who positioned their stations in the pit, above the stage and on the individual towers in the audience area, provided the impressive pyro and special effects. 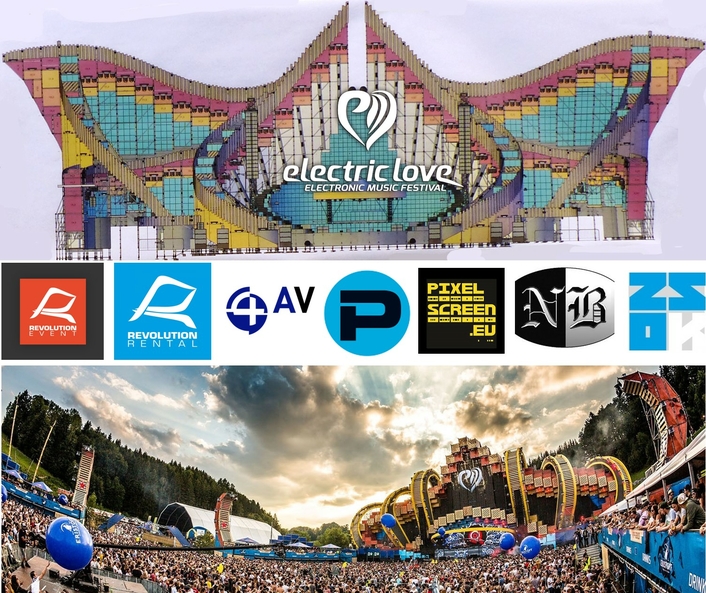 For the only covered stage, the Club Circus, of the team of the organizer Revolution Event almost exclusively took care. Eye-catchers in the futuristic hangar were the moveable traverses, which gave the circus theme a special design kick with its numerous light fixtures. Also on this stage were ROBE MegaPointe together with Robin 600.

60 Showtec Sunstripe, 36 Martin ATOMIC LED 3000 and over 150 LED Par 64 Fixtures together with 121 LED Beam 230 were installed on-top of the stage. With an 80 m² LED wall the DJs could perfectly be supported with creative animations. 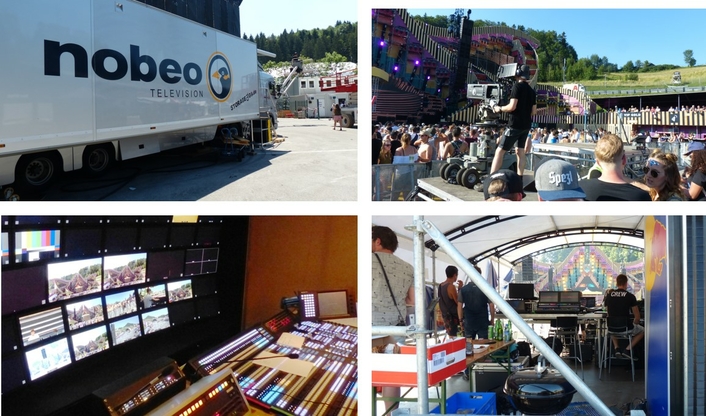 For the first time Riedel supplied a complete Communications Infrastructure based on Bolrero and achieved the flawless communication between all the four main stages via a fiber network which also included the Revolution Events ECC with the heads of security red cross and police. Also the Nobeo OBVan who streamed the whole event was integrated in the Bolero infrastructure. 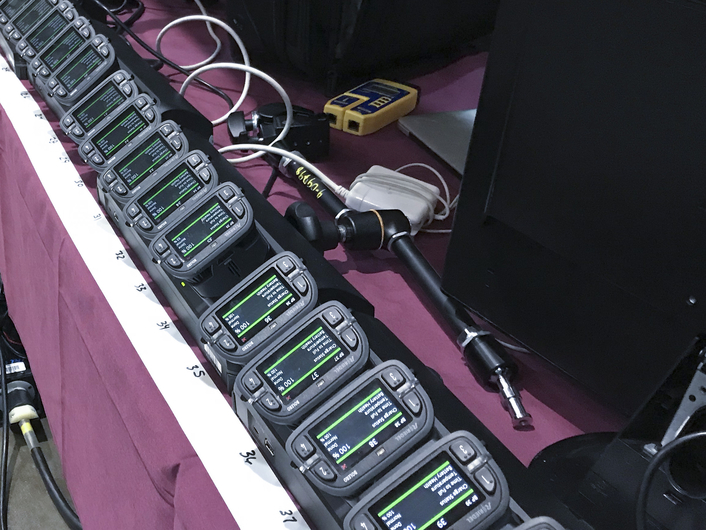 A key deciding factor for Revolution Evemts for Bolero was the ability to support challenging RF environments through Riedel-exclusive ADR (Advanced DECT Receiver) technology, a diversity receiver technology specifically designed to reduce sensitivity to multipath RF reflections. With more efficient use of RF spectrum, each Bolero antenna is able to support twice the number of beltpacks as other DECT-based systems. Revolution Events knew that they could count on the quality of products from Riedel, so it was an easy decision to bring in Bolero and an additional Artist frame Bolero again proofed, that it is the best intercom solution on the market today. It worked flawlessly, and there were absolutely no issues with dropouts or poor audio quality over the three-day event. 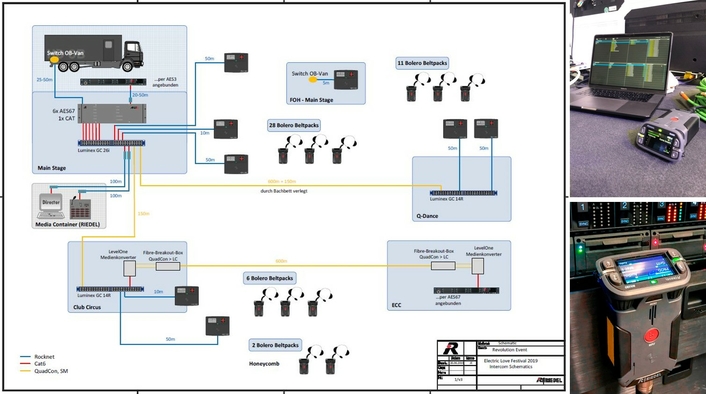