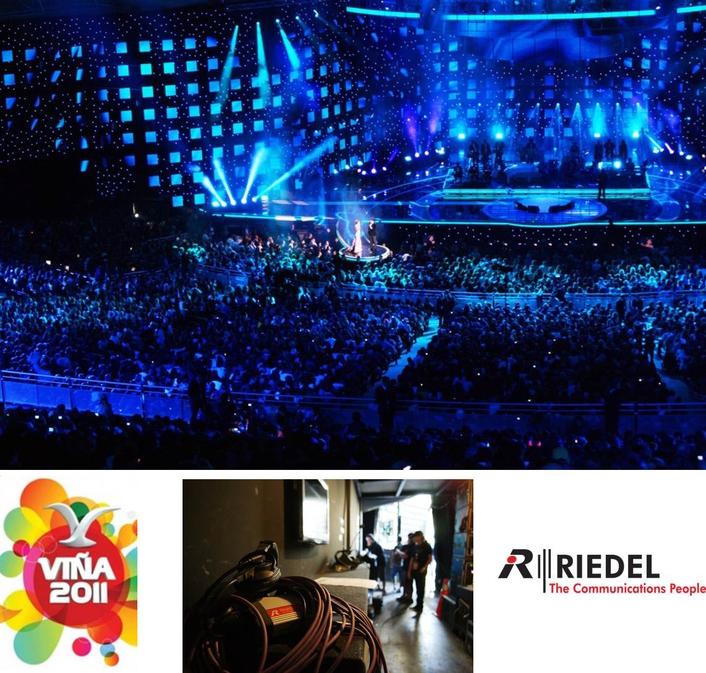 The Viña del Mar Song Festival is one of the largest music events in Latin America spanning several days and attracting more than 15,000 visitors each day. Besides the two competitions for best international song and best international folk song, wildly renowned artist play the festival every year such as Nelly Furtado or Simply Red. This year's highlight was the performance of Sting.

Chilefilms was the responsible broadcast provider on the behalf of Chilevision for the HD broadcasting of in Latin and North America. To establish the communications infrastructure, Riedel, in cooperation with Intervideo, Riedel's local partner in Chile, used one Artist 64 mainframe on-site that were connected to the Artist matrix in the HD OB truck. To allow for wireless communication within the arena, 16 Acrobat Beltpacks were used. Four Acrobat Cell Antennas established the network – two in the basement, where the backstage area was situated and two antennas closer to the stage. For applications, where the work radius was smaller, a Performer digital partyline system with 20 Performer beltpacks was used.

„It was really great to work with the Riedel system. Not only the integration of all three technologies was seamless, the setup was also really fast and easy making the whole event a complete success for us, at the level this event will be not possible without the help of Riedel“ said Rodolfo Nutters, Technical Director of the Viña del Mar Song Contest 2011 festival.

All three systems were interfaced together allowing for a seamless communication between Artist, Performer and Acrobat users. This way Acrobat beltpacks could be called from any Artist control panel or Performer beltpack for example.