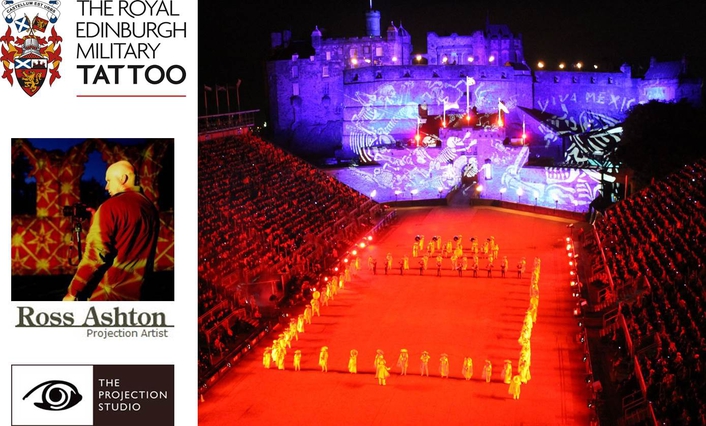 Mexico Day of the Dead
Ross Ashton and The Projection Studio are again WOW’ing the crowds at the world famous Royal Edinburgh Military Tattoo, with fabulous giant projections mapped onto the castle wall which run throughout the epic spectacle as soon as dusk falls.

The event’s Chief Executive and producer is again Brigadier David Alfrey and this year’s theme is ‘Our Wonderful World’ which celebrates the ‘Year of Natural Scotland’ highlighting the country’s outstanding natural beauty.

Ashton – who has just had a new three year contract for designing the Tattoo’s projections confirmed – comments, “I am absolutely delighted to be back at Edinburgh and working on another world class Tattoo. It is always an honour and this year’s brief brought new and exciting challenges to the visual equation”. 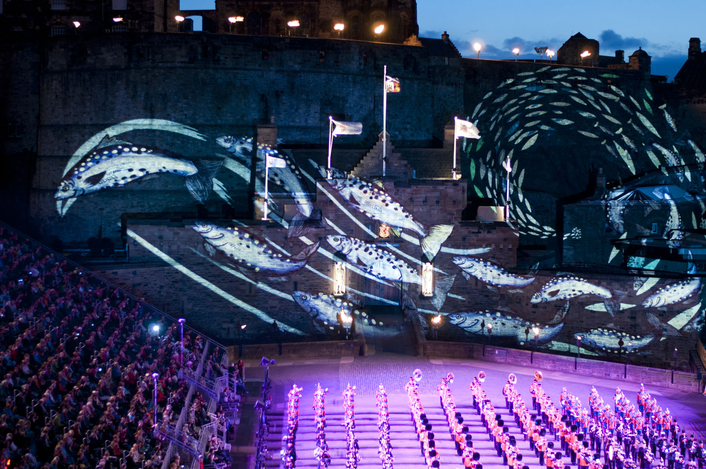 Ashton and his team worked with original sources produced by a selection of new and emerging creative talents studying at the City of Glasgow College. The students were commissioned by the Tattoo to create a selection of the materials that Ashton could then use to re-model into the specific scrolling projection artwork needed for the PIGI projectors.

The images cover an area about 85 metres wide along the castle walls. Its dark brown surface is notoriously difficult for projections - however bright - but the three PIGI 6K projectors fitted with double rotating scrollers do a great job. 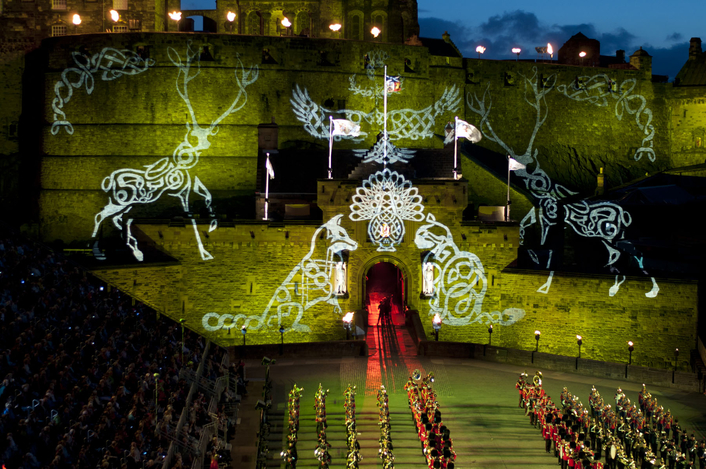 The PIGIs are supplied by White Light and the scrolls are all fully loaded with film produced by Ashton.

The images from three machines are soft-edged together to form one large image. Projectors 1 and 2 are at the same level, with Projector 3 slightly lower to cover the right hand edge of the Castle wall, which slopes away down the hill.

Ashton’s favourite pieces of the show include the visuals he produced from scratch for the Ministry of National Defence (MND) band from the Republic of Korea, whose performance is themed around ‘Spring’. 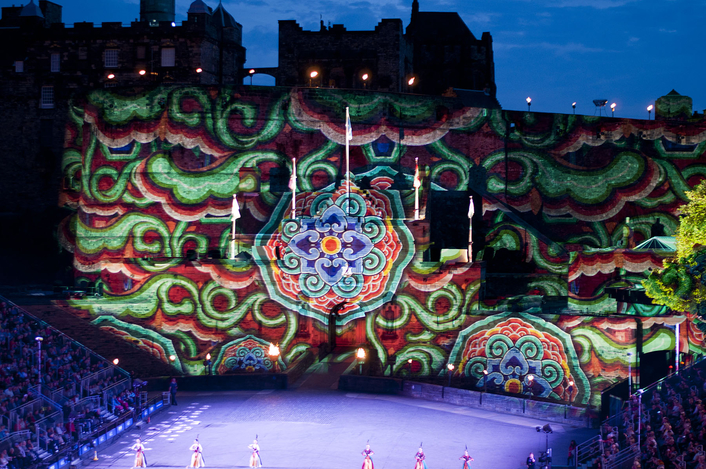 Earlier this year, Ashton visited Seoul in Korea. Whilst there he extensively photographed the Gyeong-Bok Palace in Seoul focusing on its architectural detail and artworks and has been able to work some of this into the projection art for this act.

For the Mexican Marching Band and Mariachi Dancers and their ‘Day of The Dead’ performance, Ashton took a plethora of traditional Mexican Day of The Dead celebration images and combined them with modern and more abstract interpretations created by the students – to great effect.

Another favourite is the “Ice Palace” mapped projection for the Mongolian Army “Winter” section. 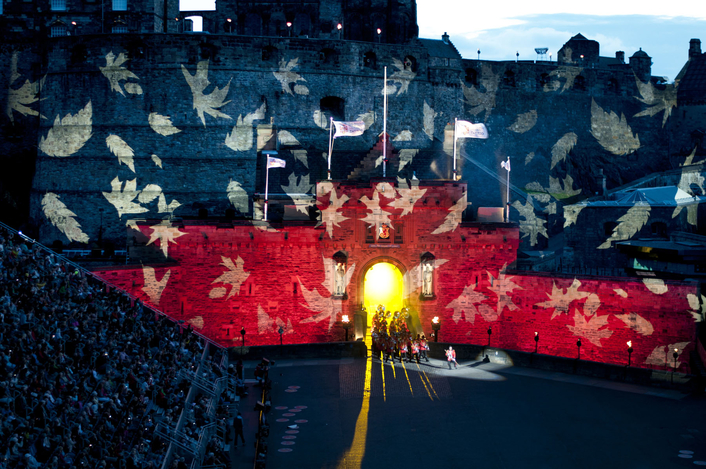 “Having access to the student’s work brought a new and vibrant dimension on which I could draw and merge and integrate my own work and ideas for the programme,” he comments.

Ashton and Steve Larkins produced the PIGI films and the projectors were programmed and are being run on an OnlyCue system by Karen Monid. The projection technician on site is Michael Barry, anoher Projection Studio regular.

The show features a cast of nearly 1000 and will be enjoyed by over 217,000 spectators throughout the month of August. The action takes place on the Esplanade down below the castle walls in the centre of the tattoo’s new purpose-built state-of-the-art amphitheatre.