Bringing together an array of Bollywood’s biggest stars including megastar Salman Khan, Da-Bangg The Tour visited the Barclaycard Arena, Birmingham and The O2 arena, London; hosted by Lyca and brought to the UK by Farhath Hussain and Think Events.

Managed, scripted and directed by Sohail Khan Entertainment and JA Events LLP, the shows brought the music, dance and show-stopping entertainment of Bollywood movies to the live stage. 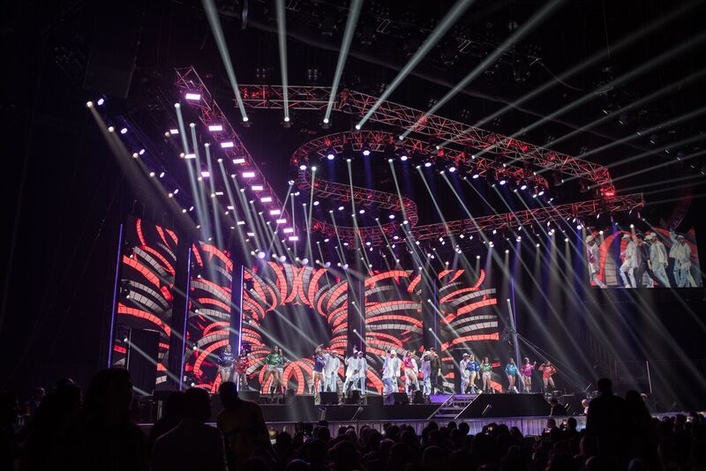 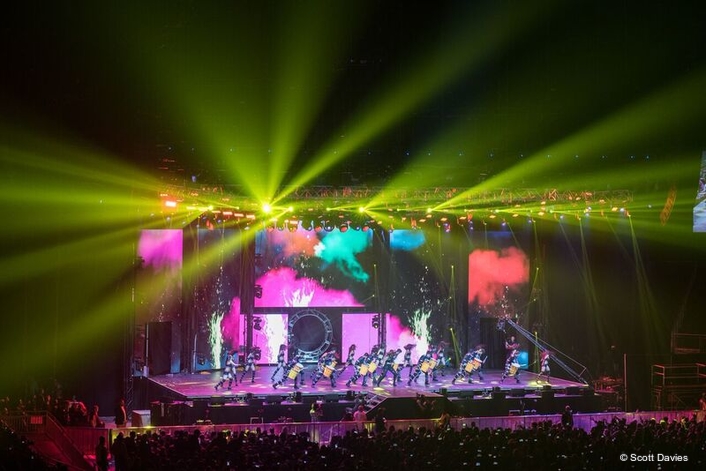 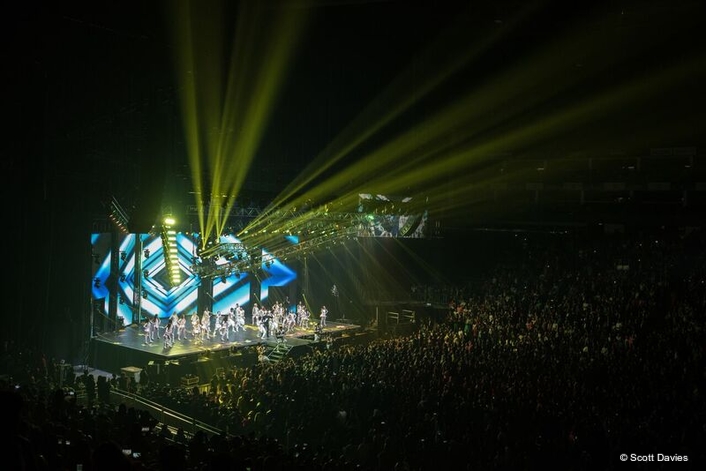 Over 300 tiles of ROE Visual MC-7 LED was used to create 6 separate LED screens. To the sides large vertical screens had door spaces built into them, allowing the performers to access the stage. Alongside them centre stage left and right two more large LED sections were built. In the centre a horizontal flown section spanned between the vertical screens with a second section below which moved to allow group entrances to the stage. 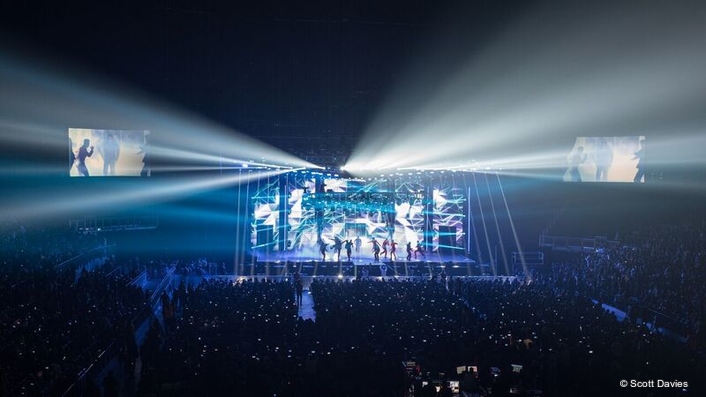 The ‘door’ sections were created using a truss system with i-beam running through it, enabling the screen to slide open and closed manually. The LED crew chief was Stevie Marr.
Content for the screens was supplied via PRG XL’s Resolume media servers which are a popular choice with designers looking to create video content on the fly. The centre LED sections displayed either content or live IMAG footage which was seamlessly switched using Barco PDS 902 switchers. 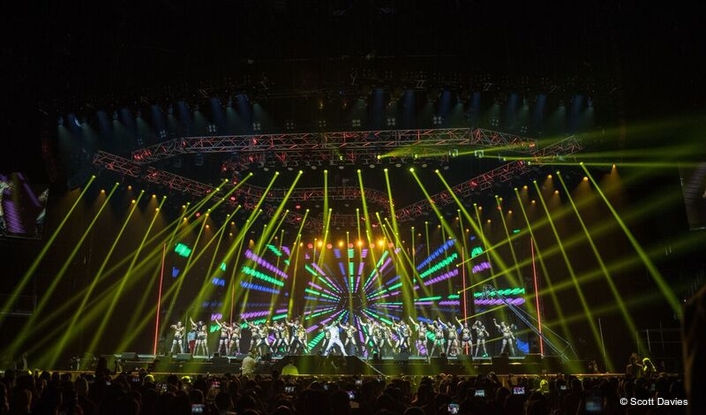 Flown either side of the stage, two 24ft x 13ft projection screens displayed IMAG footage from Barco HDF-W30 projectors. The footage was captured using three cameras – a handheld unit in front of the stage, long lens at front of house, and a Jimmy Jib located at the side of the stage. The live camera mix was directed by Noel Wyatt using one of PRG XL’s Panasonic AV-HS450-based PPUs, which was engineered by Jeroen ‘Myway’ Marain. Robyn Tearle doubled as both projectionist, and jib cam operator for the shows.

PRG’s Account Manager Gordon Torrington took care of the lighting specification, working with Head of Event Services Richard Gorrod to supply an automated curved rig which moved down toward the stage to an almost vertical position during some performances.

The rig used a lot of PRG’s own Bat Truss, which enables a fast load-in. The silver truss, including the curved S shape, was formed from A-type. Nick Brown was the rigging Crew Chief, working with drawings done by PRG’s Head of Rigging, Q Willis. The rig used a Kinesys system which included 30 hoists for the huge rig, including a flying platform. This was managed by Simon Nott and John Heatherton.

More than 80 of PRG’s Icon Beam fixtures were used on both the lighting towers and on the moving fingers of the flown rig. These high brightness fixtures enable the lighting director to create a colourful punchy look. Alongside these on the flown rig, PRG Best Boys, and GLP X4 and X4XL LED lights were used. A six-strong lighting team was led on site by by PRG’s Luke Jackson.

Richard Gorrod commented: “This was a complex lighting and video rig with a relatively short load-in time, but the lighting, rigging, and video teams pulled together and the result looked great!”