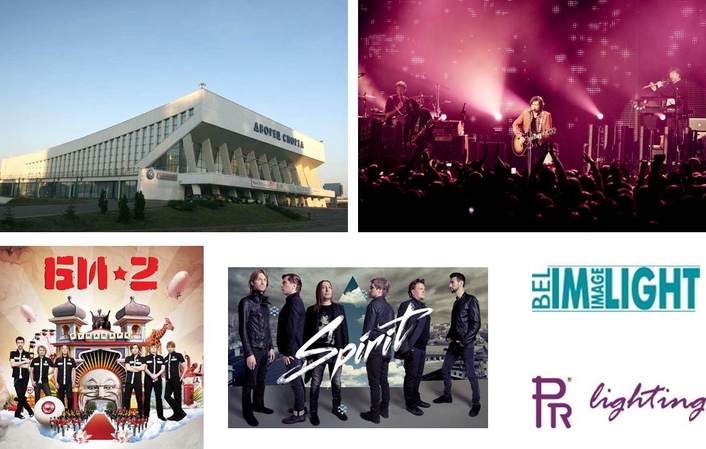 The XL1500’s were distributed across the front-, mid- and back-trusses as well as on the stage
Russian rock legends Bi-2 recently returned to their native Minsk, in Belarus, for a one-off sold-out show at the Sports Palace indoor arena, in front of 6,000 adoring fans.

The lighting designer selected 24 PR lighting XL 1500 spots and 16 XL 1500 wash lights as the mainstays of a dynamic rock rig. “It was a true rock and roll show with a mixture of fast, dynamic songs, interspersed with slow and lyrical ballads,” confirmed FE-Belimlight’s Ilya Piatrouski, who was supporting the production. “The flexibility of the lighting rig needed to reflect this.”

As a result, the XL1500’s were distributed across the front-, mid- and back-trusses as well as on the stage — operated by Dmitriy Movlev himself from a Wholehog 3 desk.

The LD praised the high quality of the gobos, inter-mixing the twin wheels simultaneously to generate different combinations of projection effects.

Formed in 1985 by teenagers, Aleksandr ‘Shura’ Uman and Yegor ‘Lyova’ Bortnik, Bi-2 has been one of Russia’s most consistent and successful bands over the years, with many chart hits under their belts (plus a 2007 MTV Russian Music Award for Best Rock Act. More than quarter of a century later their music remains as fresh as ever, as their performance in Minsk demonstrated