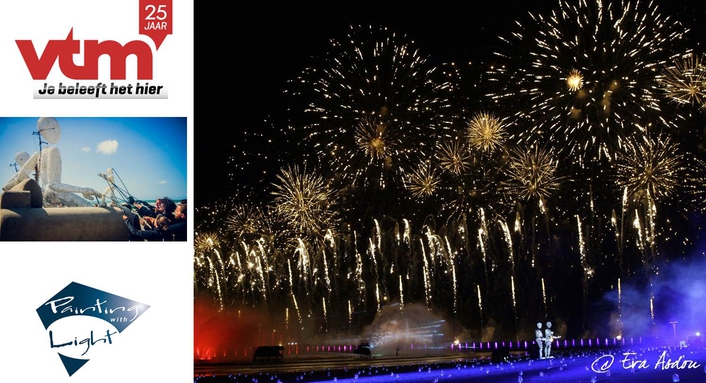 .
Belgian commercial TV channel VTM (Vlaamse Televisie Maatschappij) celebrated 25 years of success in an amazing son et lumière spectacular staged on the beach at Nieuwpoort, which was attended by 17,000 people who were dazzled by the visual impact and audacity of the production.

Lighting was designed by Painting With Light’s Luc Peumans, who has worked on many music based projects for VTM, and was commissioned to add his own elements of eye-catching magic to the mix.

The 25 minute “Great Big Musical Thank You” show was directed by Dirk Decloedt and set to a specially composed soundtrack. It featured 250 dancers, a troupe of huge Dundu puppets, a 75 metre wide by 12 metre high waterscreen projection surface, dancing fountains and over 2000 pyro cues, all linked together by the vision of Scenographer / Art Director Marcos Viñals Bassols and Peumans’ dynamic lighting.

The ‘stage’ was a 300 metre wide section of beach where most of the human-related action took place. Nieuwpoort’s two piers – each with a lighthouse at the end - were lit for the occasion to provide an enchanting backdrop as well as launch areas for some of the pyro which was choreographed by Vitor Machado of Grupo Luso Pirotechnica from Portugal.

“I had to think really big when it came to designing the lights to match the scale of the show,” explains Peumans. “The lighting also needed to be an integrator for all the other visual aspects of the performance, and the other major challenge was the fact it was a truly unique site-specific work, with all elements needing special treatment”. 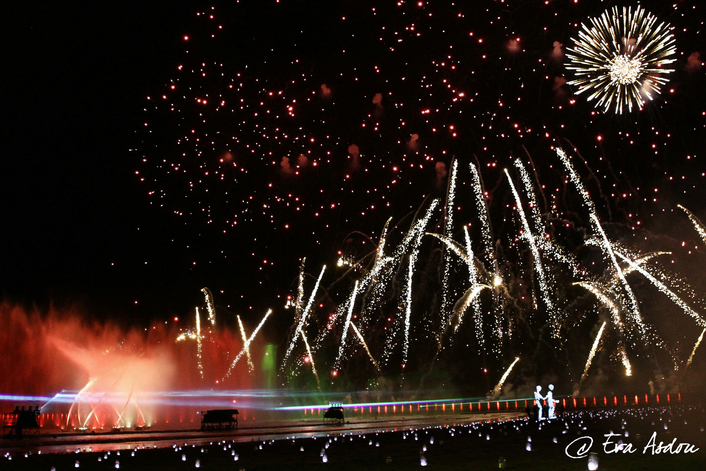 The nearest pier to the performance space – low in height, 600 metres long, curved and with the lighthouse at the end was lit with 175 x LED RGB PARs.

Also positioned all along this pier were 36 x Robe Pointes used to create aerial effects, and chosen for their brightness and wide range of effects and creative features. Four 25W RGBW lasers were also positioned along the pier.

On the second pier - around 50 metres behind the front one - another 26 x Pointes were located. 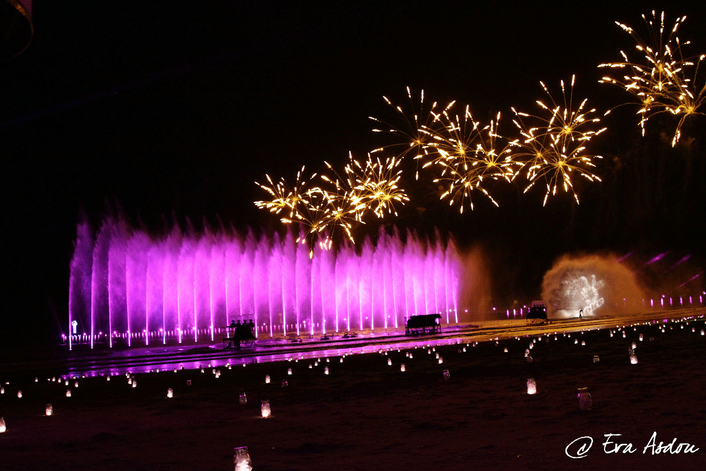 The lighthouse on the first pier was illuminated with six Robe LEDWash 1200s placed around the base.

To throw light into the stage area on the beach, special low trussing structures were built each side and rigged with 12 x Vari*Lite 3500 Washes at 8 metre intervals for strong cross and side lighting. 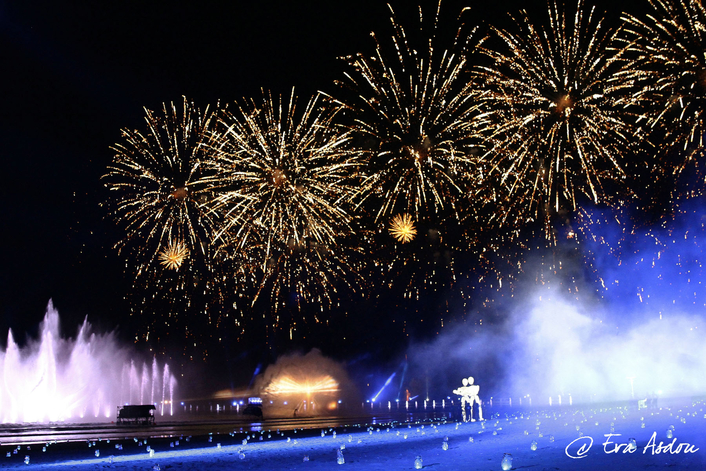 Peumans also created a special effect using 1600 x Drome LED surround lights (usually worn on wristbands) and controlled via wireless DMX. Two each were attached to the dancer’s wrists, with the other 1100 scattered randomly across the beach … to make a fantastic twinkling star effect.  They were programmed into the grandMA2 lighting console running all the stage lights.

The water screen was supplied by the Crystal Group. The custom content produced by VTM which formed the show’s narrative, recounted VTM’s many highlights from the last 25 years and was projected via three Barco 40K machines, edge blended to form one giant image. 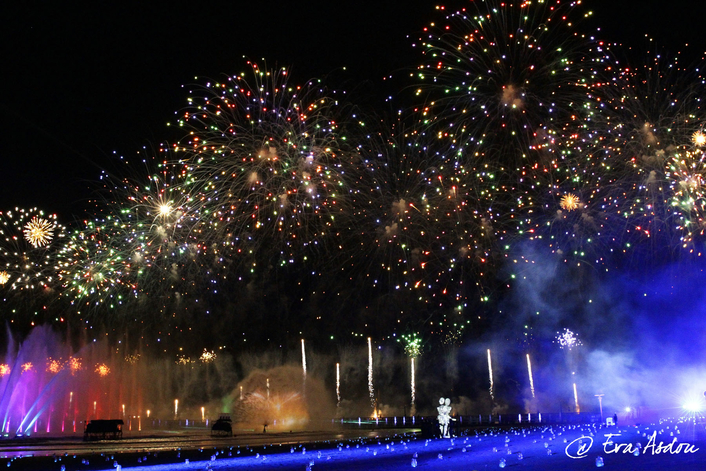 The video sources were all programmed onto one of Painting With Light’s Pandora’s Box media servers programmed by PWL’s Kathleen Selleslagh, with lighting programmed and run by Paco Mispelters.

Phlippo Showlights from Lier supplied all the lighting equipment, and the event’s technical production was co-ordinated by Bart Adriaensen of MundoMatic.

An after-movie was made of the “Great Big Musical Thank You” event which was also broadcast on VTM and made available for the enjoyment of all on the internet.

Robe For The Voice van Vlaanderan
Robe Provides A Splendit ...lution for Normal People
Clouseau Are Painted With Light