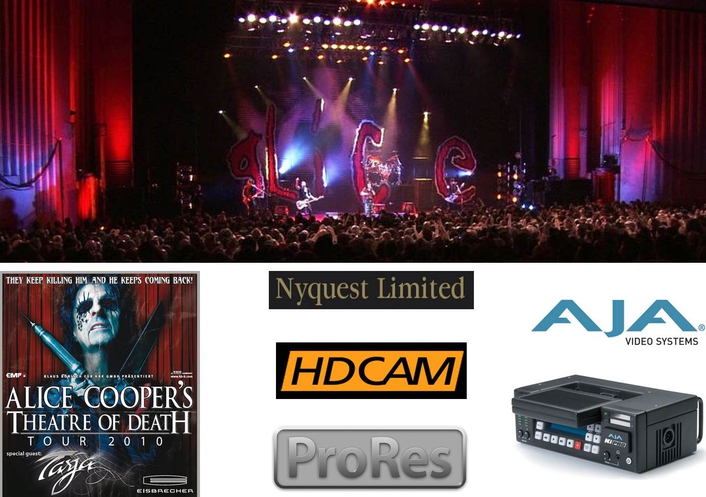 “We had done this massive HD shoot for the Blu-ray production and wanted a really simple way to get our HDCAM footage into ProRes so we could edit straight away,” said Dave Meehan, director, producer and Nyquest founder. “We went to a couple of post houses with our 30 HDCAM tapes hoping they could digitize the footage for us. We were quoted costs that were in the 4,000 £ range (approximately $7,000 US). We just didn’t have that kind of budget for digitizing.” 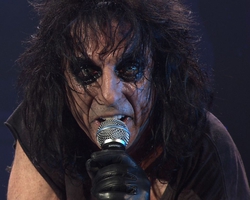 Looking around for a solution, Meehan tapped London-based rental house Eastwood Sound & Vision, who suggested he try AJA Ki Pro, a device which records high-quality Apple ProRes 422 QuickTime files onto computer-friendly media, to convert his footage. After a demonstration of the Ki Pro’s capabilities, Meehan rented it for three days and got a solution to his problem — for about fourteen times less than traditional digitizing costs.

“When I saw the Ki Pro, I thought, ‘Surely it’s not this easy.’ We dumped footage out of a JH3 deck and into the Ki Pro hard drive. Because Ki Pro can take timecode in and has HDMI input in the back, we were off without delay. It was unbelievably simple. It was just dubbing HDCAM footage over to Ki Pro and ending up with ProRes, which we took straight into the Final Cut timeline for HD, multicamera editing.” He added, “Once we have those files we can do anything with them — edit in any resolution straight off the drives, do the online the next day, even output as DV. It’s as easy as that.”

Nyquest Ltd. has been filming live concerts and artist interviews since 1999, initially specializing in production and post for webcasts, moving into DVD and Blu-ray production, for artists including Ozzy Osbourne, Brian Eno, Florence And The Machine, Echo & The Bunnymen, The Stranglers, Russell Brand and many others. They recently directed a 15-camera shoot of a Steve Miller concert on which they will again be using their AJA Ki Pro conversion/post workflow.

“Everything about this workflow makes sense,” said Meehan. “We were so careful to make sure everything went in fine during the shoot, that there were no dropouts, that we maintained timecode. Ki Pro kept all of that in place. Drives are cheap. Storage space isn’t an issue. We’re archiving while we’re converting. And the cost comparison is just hard to believe.”

He added, “We’re now looking at AJA Ki Pro Mini (a smaller version of the Ki Pro that can be easily mounted to digital cameras and accessories) as our acquisition format going forward. We’ll just bypass the camera record and use the ProRes files straight from capture.”

“Alice Cooper: Theatre of Death DVD and CD – Live at Hammersmith 2009” was released in September, 2010 by Universal Music, and hit number three on the UK Music DVD Chart and number 5 on the US Billboard Chart. The Blu-ray release has been announced for February 9, 2011.