“This is the console I have been waiting for; it gives me the utmost in flexibility, ergonomics, sound and options”
Pop star Amel Bent first took France by storm as a semi-finalist on the pop idol television show Nouvelle Star in 2004. Ten years later, she's still going strong. Currently in the midst of her Instinct Tour, Bent is performing to enthusiastic audiences across France and Switzerland, where a pair of SSL Live consoles, supplied by SGroup’s Alès location, are handling FOH and monitors.

Having previously worked with Christophe Willem, Zazie and 1789 Les amants de la bastille as PA tech, FOH engineer Thibault Maestracci joined Bent in November 2013 at the start of the tour. For this production, he takes approximately 50 channels from the stage and handles FOH mixing with a system that incorporates two Pro Tools® HD rigs. 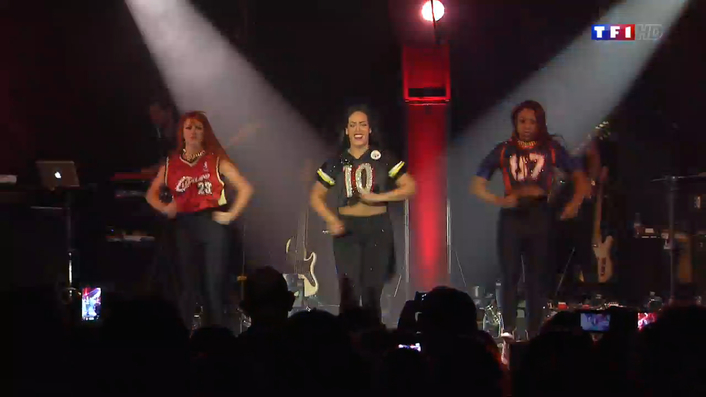 “The first Pro Tools system is used as a ‘toolbox,’ mainly for effects for ‘stem group’ processing,” he explains. “The second system functions primarily as a backup during the show, but I can also use it as a multi-track recorder/player for rehearsals. The microphone preamplifiers are located on stage and are connected to the FOH console using SSL’s Blacklight II audio transport on two optical fibre connections. Alex [Maggi, the monitor engineer] and I have independent control over preamp gain for each desk.”

Maestracci is very happy with the results he gets with the SSL Live. “The sound quality is excellent and preamplifiers have the headroom to accept high input levels,” he adds. “I don’t need an external preamplifier with this desk — even for the lead vocal! The fader and encoder layout is great, and the way you can deploy the channels on different banks is very useful. You can put what you want where you want it. Once you understand the logic behind the desk, it is very easy to customize, and the ability to use both screens simultaneously is a powerful feature.”

According to Maestracci, the Instinct tour began indoors with a PA system that was configured for audiences between 500 and 1200. “For the summer, we’ve switched to an outdoor configuration with a local ‘festival-style’ PA,” he continues. “With this setup, the main output of the SSL Live is sent at 96 kHz via the AES output to two system processors, then distributed via Dante to the power amps.” 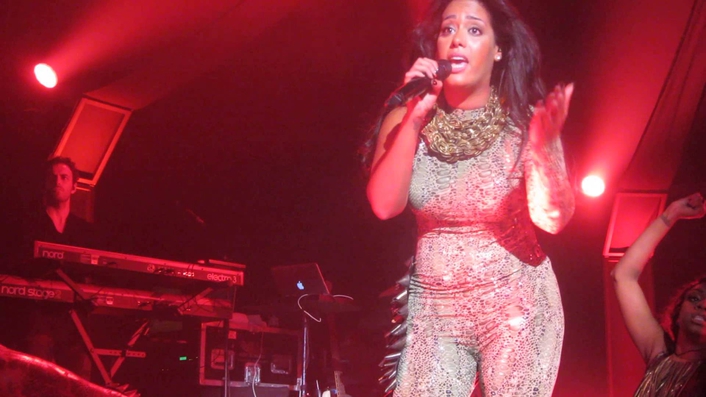 Meanwhile, Maggi, whose credits include Lara Fabian, Nolwenn Leroy and the production of Les Victoires de la Musique, mans his SSL Live from stage left, feeding monitor mixes to wireless IEM transmitters and wired IEM amplifiers. He met the Parisian pop sensation in 2004 while working on Nouvelle Star and soon after began touring as her monitor engineer.

“I’ve been waiting for a new generation of digital mixing consoles that could provide a higher number of output buses and increased reliability over the older digital desks I had been using,” he says. “The SSL Live gives me all of that, plus more. A big strength of the desk is that I can operate it in any number of methods. I can use the large touch screen or the small touch screen with its associated knob controllers, to access parameters for any input or output channel — whatever way is best for me. I find that I mainly use the small touch screen and the Channel Control Tile, which gives me rotary controls for the parameters and dedicated buttons to quickly access EQ, dynamics, panning and inserts. This is the console I have been waiting for. It gives me the utmost in flexibility, ergonomics, sound and options.”